On Saturday the 5th March at 11:30am, Gippsland Power Girls take on the Eastern Ranges at Gaskin Park, Churchill.

Looking for a swift return to the winners list, Eastern Ranges take on the Gippsland Power on Saturday morning in another away trip for the top metro side. Despite going down last week, the Ranges lost no fans for their valiant effort, and should be made to work for further success by a relatively young, but tough Power unit in Churchill.

Gippsland tried a couple of things last week and would have been pleased by the return of Ash Centra, who is so important to the team’s scoring efforts. Yasmin Duursma was also shifted back, leaving the experience of Indiana Makai and Macie Gilmour to shoulder plenty of ball winning responsibility. They will all have their work cut out for them again, as Eastern is not a side which lets up.

Excerpt from article published by Rookie Me Central, which can be viewed in full here. 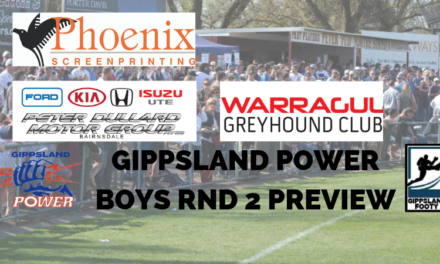