Wy Yung ended Lucknow’s East Gippsland football season at City Oval yesterday with a 39-point win in the senior football elimination semi final.
The Tigers were the better side for most of the contest and while the Magpies controlled the match in patches, they were unable to convert their chances.
A ruck infringement free kick gave Tim Keyte the opportunity to score Lucknow’s first from long range. He made no mistake and the Magpies were on the board. Lucknow had made an ideal start and an injury to Alex Crowe, who was sidelined for the rest of the match, gave them another edge. After being held in the marking contest, Tiger Jimmy Young received a free, but missed the resultant set shot. A quick snap moments later from Daniel Perrin hit the post as Wy Yung drew within three. Another free kick in the ruck gave the Magpies another chance to score, but Dion Grace’s set shot drifted left. Jake Green took a strong mark and quickly played on, hitting Damien Hodder, whose set shot was rushed behind. Luke Belfrage almost got Lucknow’s second, though his fast attempt out of the ruck was touched. Lloyd Powell got the Tigers’ first major moments
later, playing on from a strong contested mark and goaling on the run from 30m out. As the quarter time siren sounded, Wy Yung was heading into attack, halting a promising foray. The Magpies had controlled the start of the term, generating multiple scoring opportunities and forward entries, however were unable to make the most of their chances. The Tigers responded as the quarter wound down, but were also unable to hit the scoreboard. Neither team was able to move the ball with any fluency and as such, Lucknow held a slim one-point lead at quarter time.

In the second term Luke Elia almost finished off a great smother by Jimmy Young, but the Tigers got their second minutes later as Liam Rooney blasted a long set shot through the big sticks giving Wy Yung a one-goal lead. Both sides were left a man short as Brent West and James Sanford received yellow cards. Young and Mitch Toms combined to create an opportunity for Elia, who made no mistake on the run 40m straight in front as Wy Yung led by 11. Brodie Anderson outpointed Chris Hammond one-on-one and delivered from the set shot as the Tigers jumped out a 17-point lead 21 minutes in. Wy Yung had another in the 22nd minute as Elia received a high tackle and put a simple set shot through the big sticks. The Tigers had begun to find their groove and it showed across the ground as they won the inside 50 count 13-4 and the clearances
10-4. The Magpies, on the other hand, had dropped off the pace and were made to pay.

The Tigers carried their momentum into the second half and a brilliant pass by Savage found West, who kicked a goal from 35m out on a slight angle inside the first minute. Lucknow answered immediately through Hodder, cutting the Tigers’ lead to 22. For the next 10 minutes neither side could add a goal as the Magpies matched Wy Yung’s desire for the ball around the ground. Rob Brick got Wy Yung’s seventh after receiving a high free kick and goaling from 50m out, leaving Lucknow 29 points behind with one term to go. While the Magpies were no longer being beaten at the coalface, they were unable to generate meaningful scoring opportunities and finish off their hard work. Wy Yung had weathered a spirited fightback from Lucknow and only needed to win one more quarter to keep its season alive.

Jake Green breathed life into Lucknow with the first major of the term six minutes in, but Rooney, who was marking everything that came his way, answered from a long set shot. After 11 minutes Elia completed a fantastic solo run with a goal to give the Tigers a game high 35-point lead. Rooney added to Wy Yung’s advantage, pouncing on a spilled mark on the goal line before Young put the result beyond doubt with an easy set shot major. Andrew Nelson gave the Magpies a late goal, but it mattered little as Lucknow fell by 39 points. Sauer and Hodder were immense when the Magpies rallied in the third term, while Rooney, Savage and Chris Wheeler led from the front for the Tigers. 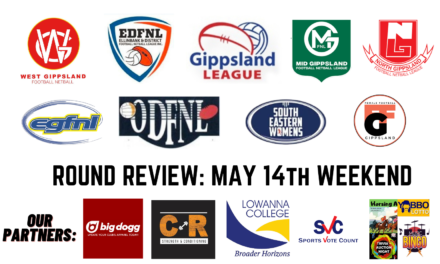