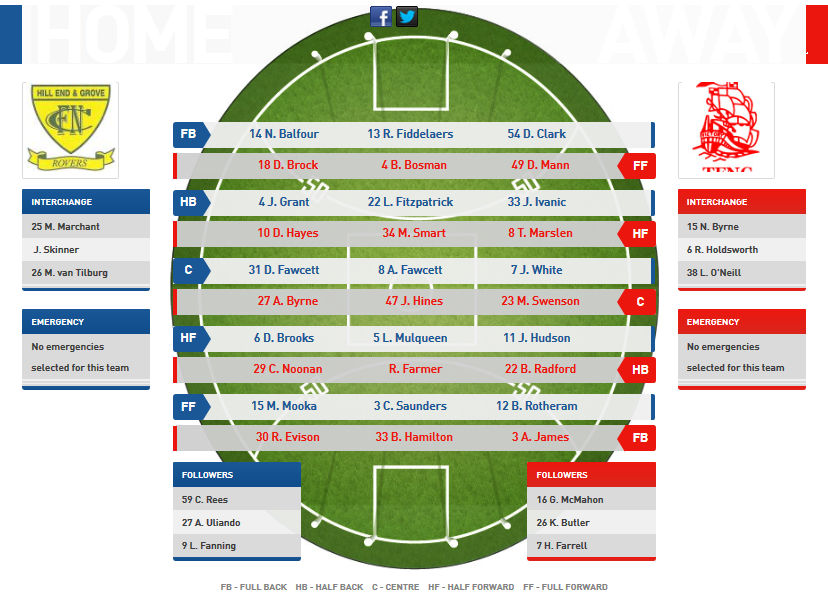 It would be natural to assume that Trafalgar will just need to turn up to claim the points in their round two clash against the Rovers, but all might not be as it seems.

Hill End showed glimpses of what they are capable of, in last weeks clash with Morwell East, only to fall short late into the match.

If the Rovers can make more of their opportunities in front of a home crowd and tough it out for longer, an upset could well be on the cards.

Trafalgar came out of the blocks impressively in their premiership year of 2018, but despite a similar pre season this year, it would be fair to say they are still a little way off being at their very best, and that could be, that might be taken advantage of, even if only early in the year.

The Bloods were exposed for pace at times last week and the Rovers will be wanting to do the same, but the need to take the game on, also needs to be tempered with patience, as the reigning premiers set up and zone up well behind the ball, forcing turnovers for opposition teams always eager to pick their way through anticipated gaps.

Patience and ball control also needs more than average execution, so Hill End skills will be put to the test.

The start to a game being so important will be an important factor in how this match plays out.

Last week Trafalgar were chasing tail for most of the day after the Magpies got off to a start, and Hill End will be wanting to do the same, but they will need to do it better and for longer to have any chance. 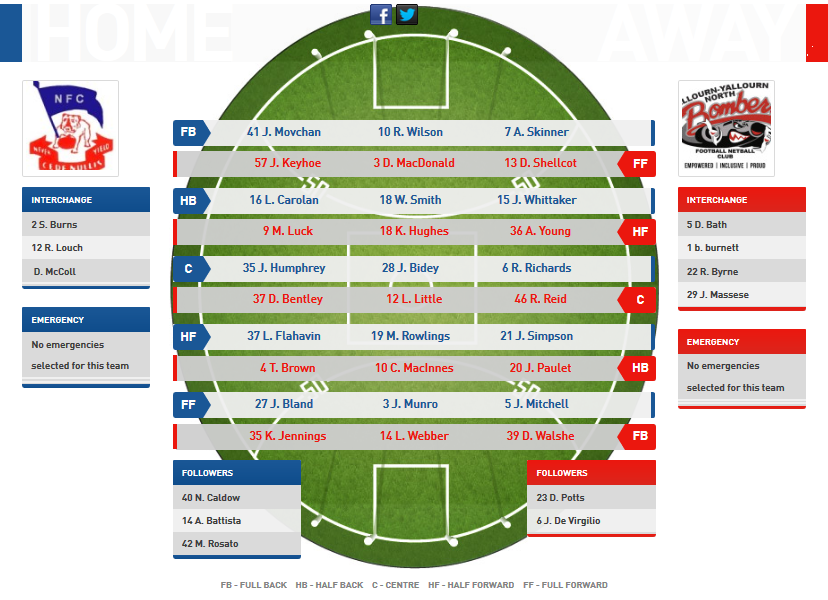 The young Bulldogs were given a footballing lesson in round one, when comfortably beaten by Mirboo North.

Even at home Newborough won’t find round two any easier, when they confront a Bombers outfit that has been bolstered by some aggressive recruiting of quality players.

A round one bye is never ideal, but it would have given coach Barrie Burnett a chance to have a peak at this weekends opponents and at the same time gauge just where another finals contender in the Tigers might be placed.

Dean Caldow is under no illusions as to the amount of work and patience that will be required by he and his players throughout the 2019 season.

The Bulldogs might have taken their eye off the ball when planning for a future of their talented teenagers in years gone by, but make no mistake it won’t be happening a second time as they currently struggle to fine the sort of depth and skill required to win matches in a quality competition.

The test for this proud club will be to keep the players motivated and connected as they build for another successful period in the years ahead.

Yallourn-Yallourn North will need to be in the zone to get the result they want, and if not, the youthful enthusiasm of the Bulldogs can quickly build momentum and cause the visitors some problems, it wont be enough to cause an upset however, against a side that has a nice blend of experience and youth, or skill and hardness.

The Bombers were a tough team to beat in season 2018 and you can expect they will be an even better side in the season ahead. 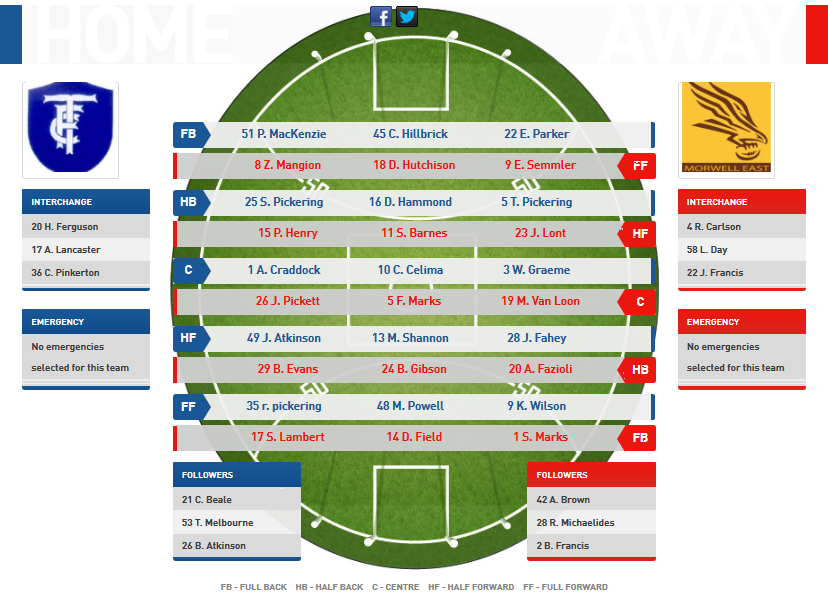 They say bad kicking is bad football, and never was that more evident than in Thorpdale’s loss to Boolarra last week.

The Blues had a massive nine more scoring shots than their opposition but still fell short by sixteen points giving the Demons their first win since 2016.

The job won’t be any easier for Thorpdale this week, even on their home ground, as Morwell East come to play on the back of a fast finish against Hill End that saw them secure the win by five goals, only the final siren stopping the margin from being much bigger.

Under new coach Devon Soutar, finals football is a realistic expectation in 2019, but for that happen, his team will need to win matches like this.

The Hawks have had a habit in recent times of losing winnable games by narrow margins and then desperately trying to claw back lost ground on the premiership table late in the year.

Blue’s coach Ray Pickering would be disappointed with last weeks loss, obviously, but the fact his players never gave it up would be pleasing, he just needs more to work with, and to have that he needs more numbers on the training track.

Thorpdale are a good club, a strong community club, they are down they are not out and I would write them off for this weeks clash with Morwell East. 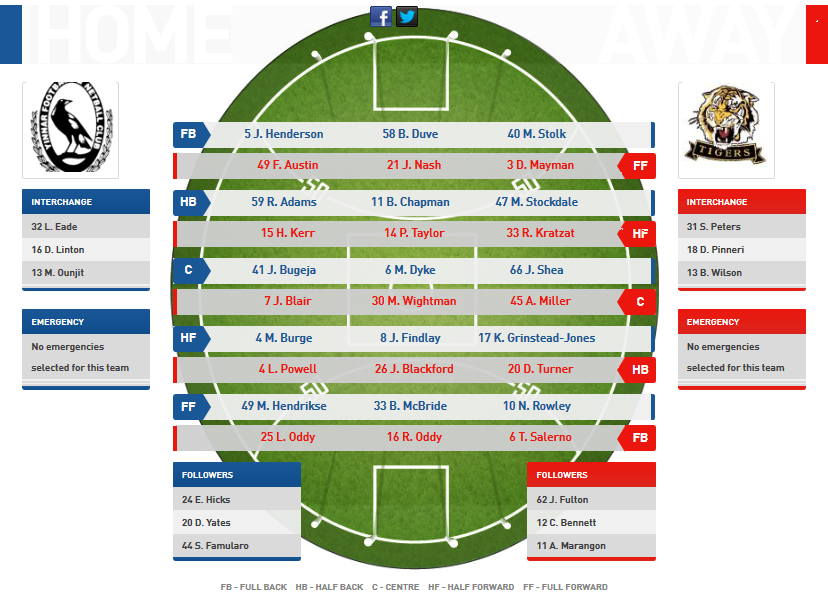 Footballing fans will be licking their lips in anticipation of this clash, albeit so early in the season.

The Magpies were impressive in the four point win over the reigning premiers last week, but not any more so than the Tigers in their demolition of Newborough.

Yinnar have put together a good group of players, with names like Burge, Stockdale and new coach Grinstead-Jones just a few pieces to a bigger puzzle that is intent on taking a step closer to what the’re after at the business end of the year.

Mirboo North equally, have prepared themselves nicely throughout the pre season and their round one win was evidence of that.

The Tigers depth stands above that of 2018, and their traditional slow starts to a season, was put to bed in no uncertain terms this year.

It might be dangerous to have expectations so early in the year that these two clubs will play a part in the last month of the season, but it would be an even bigger call to suggest that they “won’t be”.

Both clubs ae well placed have good depth and have very strong lists from which to select a very competitive side each week.

It’s somewhat difficult to pick a clear winner in this match, but when in doubt experience says go with the home side in a match in which Yinnar will also officially launch their season to their supporters.