Dandenong confirmed its place in the top three, earning a week off and subjecting minor premier Gippsland to a third loss in four games with a thrilling four-point victory at Skybus Stadium on Friday night.

The Stingrays over possessed the ball early and trailed narrowly all night but had the answers when it mattered most in the cold and slippery conditions, booting the first three goals of the last term to turn a 10-point deficit into a nine-point lead after Sam Frangalas put them in front for only the second time and the polished Cooper Simpson (20 disposals, one goal) slammed home a ripper off a step from 40m.

Coby Burgiel was Gippsland’s best, particularly in the first half on his way 20 disposals, five tackles, six inside-50s and a goal, with Zane Duursma (19) playing further up the ground and Rhys Galvin (13, nine rebounds) working hard in defence, while Humphrey (11, six tackles, four goals) played a lone hand up forward.

Excerpt taken from article published by NAB League, which can be viewed here.

Despite registering his lowest return in terms of disposals for the season, Humphrey still managed to be one of Gippsland’s best, kicking four of their six goals for the game. Humphrey started the game well in the midfield, winning a few early clearances just by plucking the ball out of the air with one hand and powering through opponents, but wasn’t at his ball winning best. His switch to more permanent forward role in the second half worked wonders, making the most of his opportunities in front of goal, with a kick off the ground through traffic arguably the highlight. Humphrey played the conditions well by looking to drive the ball forward with long kicks whenever he won it, often getting it 50 meters up the field.

Yet another performance to get fans excited for the 2023 draft, Duursma added a brilliant touch of class through the Gippsland midfield in the second half. Whilst the conditions weren’t great to say the least, Duursma played in a way that’d convince most people it was a dry game, able to collect the ball in the air and off the ground with one hand a few times, and using it beautifully to compliment it. What Duursma really impressed with was his stoppage craft, just showing how well he reads the play with a few runs that opponents didn’t watch, letting him essentially walk to ball out and move it forward.

Having impressed for Vic Country and Wesley College in recent months, it’s no surprise that Burgiel continued his strong form against the Stingrays with a complete performance. It seemed that there was nothing he could do wrong, able to collect the ball from stoppages and off the ground with one hand and work his way through traffic to deliver well forward, he was a force through the midfield all game. What caught the eye the most with Burgiel was his quick handballs around the ground, at times looking like he released the ball before he even had full control of it, he was a key creator for Gippsland’s quick ball movement forward whenever he won it.

Primarily a more defensively focused backman, Vickery was one of the playmakers from the backline for Gippsland through the game, positioning well behind the ball to be involved in most contests when Dandenong transitioned forward and showing some exceptional closing speed at times.

Excerpts taken from article published by Rookie Me Central, which can be viewed here. 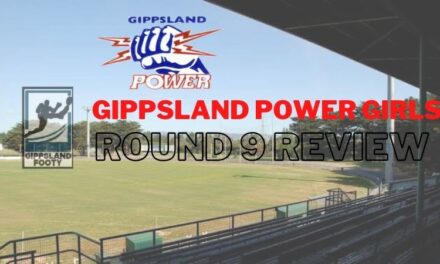 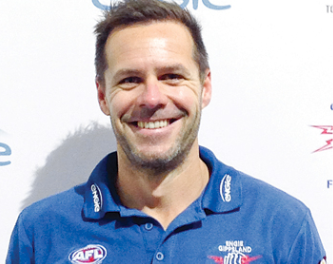