CLICK THE IMAGE TO READ THE ROUND 17 TAGGER ONLINE 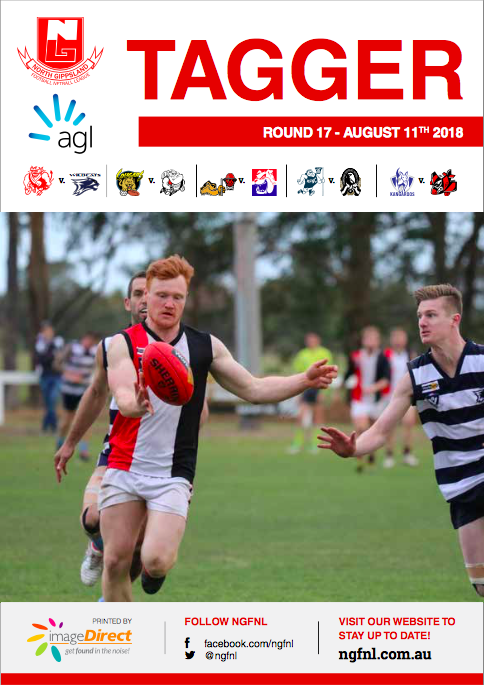 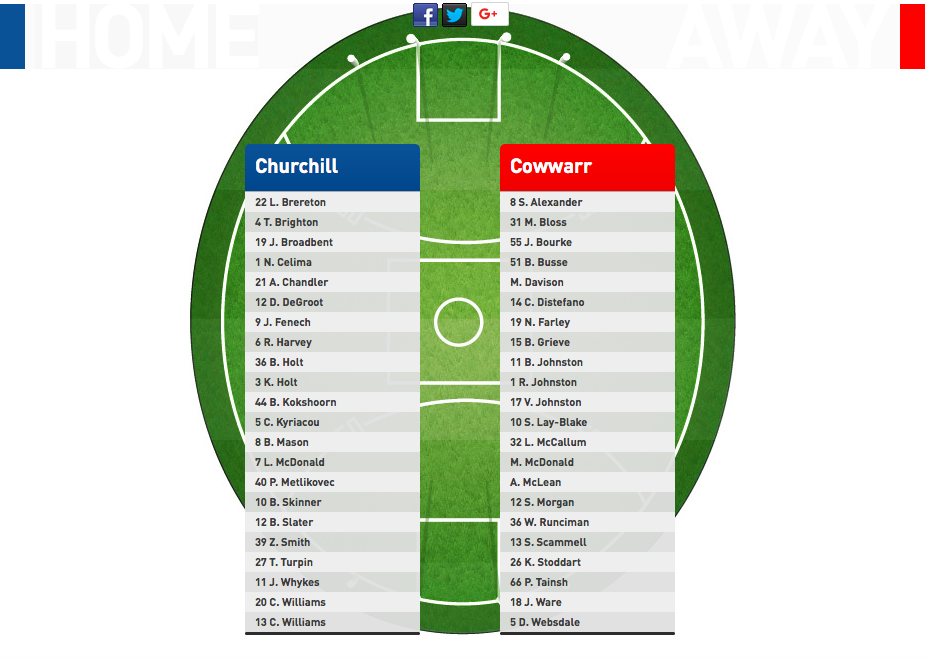 Assured third spot and a double shot come finals in a fortnight, Churchill are unbackable favourites ahead of a mismatched encounter with Cowwarr this weekend.

The Cougars have strung together six consecutive wins and their last loss came at the hands of Yarram in round 10 while Cowwarr got the monkey off their back in rounds 14 and 15 with consecutive wins – their only two to date.

Churchill are unlikely to be bothered by the Saints this weekend and will undoubtedly have one eye on next weekend’s encounter with TTU as a dress rehearsal for the post-season. Sale City will travel to Gormandale this weekend with a spring in their step after becoming the first side this season to hand the previously indomitable Yarram a defeat at the weekend.

Abe Schuback and Jacob Schuback were big for the Dogs in that game and will no doubt lead their troops again this weekend.

Finals aren’t in the equation for the Tigers but they were surprise winners over Sale City when the sides last met in round six. 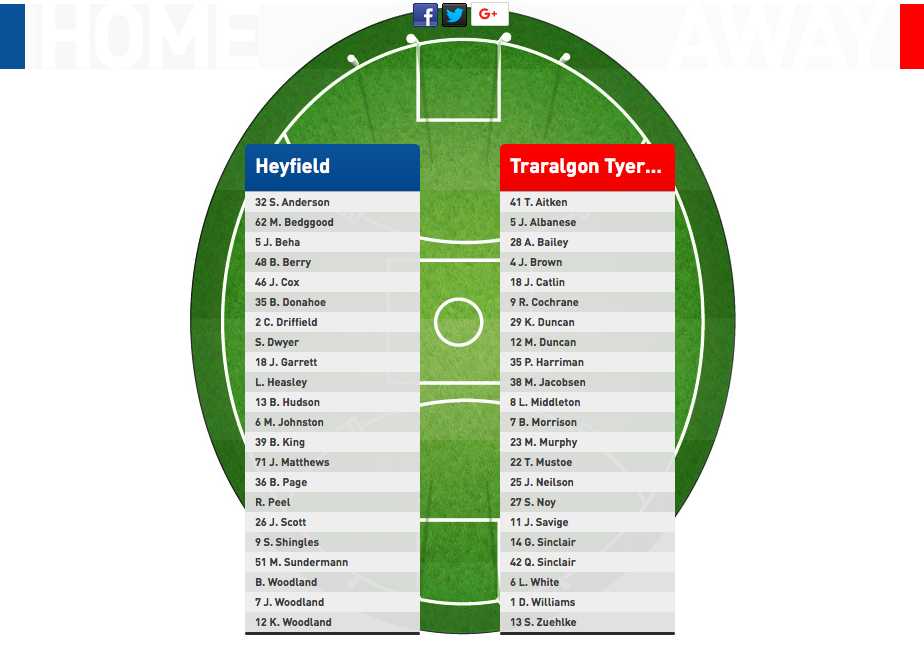 Traralgon Tyers United have enjoyed consecutive big wins in the last fortnight and could record another one this weekend when they travel to take on Heyfield.

The Bombers made light work of Rosedale in round 16 and won by 45 points and will use this weekend’s clash with the Roos as an opportunity to run out a full game before facing Churchill in the final home and away game of the season.

Rosedale can shore up their shot at fifth spot this weekend with a win over cellar dwellers Glengarry.

The Blues hold fifth spot with two games to go in the home and away season but have Woodside hot on their tail.

Glengarry haven’t won a game this season and are unlikely to change that on the road against the Blues this weekend. 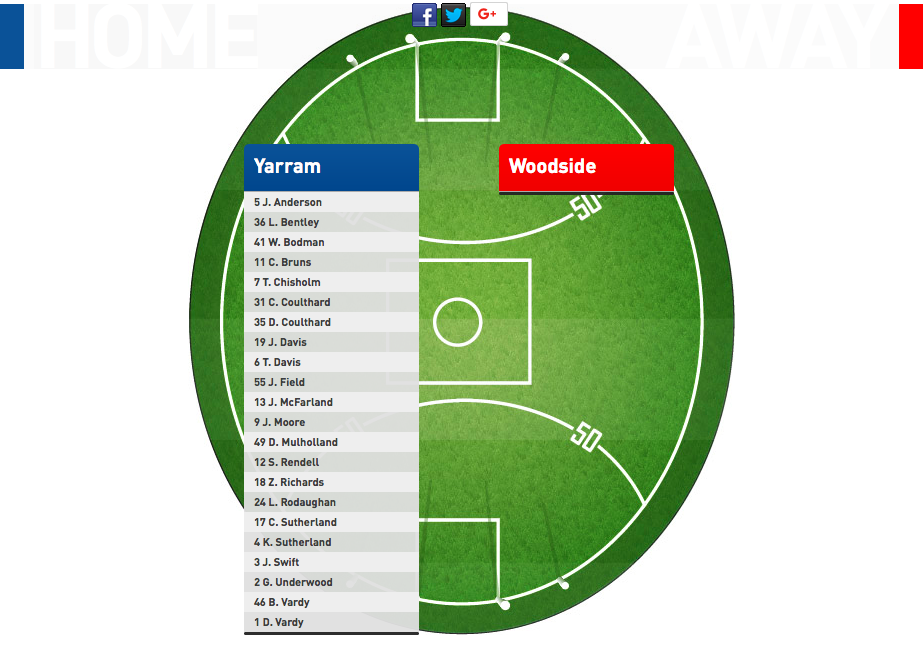 League giants Yarram will hell-bent on bouncing back to the form that led them through round 16 undefeated after enduring their first loss for the season and have Woodside in their sights this weekend.

The Demons – without the services of key players Liam Farley, Tyler Chisholm and playing-coach Matt Scholz – fell to Sale City in the 2017 grand final rematch by three points at the weekend.

Woodside, on the back of a resounding 50-point win over Cowwarr, are one of three teams vying for the coveted fifth spot with just two weeks to go before finals.

They sit in sixth on percentage behind Rosedale and Sale City and will need to snare an upset win over Yarram this weekend to stay in touch with finals.

Yarram president Anthony Rodaughan said there was “always lots of interest” surrounding games against Woodside and this weekend was no different.

“It doesn’t matter if we’re on the bottom of the ladder or vice versa, it’s always a local derby-type atmosphere and they usually bring their best game and so do we,” Rodaughan said.

“It’s almost like grand final and everyone wants to play in that match so its highly anticipated. Both sides are usually trying pretty hard and often it’s a physical encounter too.

“We’ll be expecting good crowd with most of the town out there.”

Tyler Chisholm will return for the Demons, Matt Scholz will return to coaching duties but won’t play after a run with illness and Liam Farley awaits the results of a knee scan to determine whether he will play.

Rodaughan said the Demons were “not far off a full list” and said pressure was building on the senior playing group as the club’s reserves enjoyed a purple patch.

“We have barely beaten Sale City in the reserves and we beat them by [17] goals on the weekend so people are coming back, the pressure is building on senior positions and there’s lots of depth in the reserves, so it’s a good place to be,” he said.

“Now is the time to put the hard yards.”