Stony Creek and MDU are said to be livid over being rejected in a bid to move to the Mid Gippsland Football Netball League in 2020. It’s not AFL Victoria which has rebuffed the move but the Alberton Football League itself. It is believed Mid Gippsland clubs voted unanimously to accept these two clubs in 2020. An angry Stony Creek president Mark LePage rang The Star to express his disappointment at the decision of the Alberton Football League. “I thought Alberton was meant to be helping us place ourselves into leagues but instead they sent an email blocking our move to Mid Gippsland,” Mr LePage said. “The Mid Gippsland league has said they would be happy to have us in its league for 2020 and we would have been happy with that. The clubs voted to have us unanimously. As part of that process Stony Creek then applied to the Alberton league but the club was stopped in its tracks by the league. “I just want the public to know it wasn’t AFL Victoria blocking this but our own Alberton league.

“I imaging AFL Victoria may have blocked us anyway but I wasn’t expecting this. This was the perfect opportunity to put pressure on AFL Victoria to make some decision. “This is hypocrisy on behalf of Alberton and contradicts everything they should be doing. “We had no phone calls, no discussions just an email; we are furious.” The other club accepted into Mid Gippsland was MDU which too was told by the Alberton league it wasn’t free to go. President of MDU, Jason Harris confirmed this was the case saying at this stage Alberton wasn’t supportive “which is very disappointing.” MDU was meeting last night to discuss its options going forward. Stony Creek is believed to be looking at “all avenues” to go to Mid Gippsland. Mr LePage said the Alberton junior competition is on its knees and only going to get worse. “The thirds competition is treading dangerously on thin ice. We want to establish a fourths side in 2020 and the only way to do this and retain our club’s viability is to go to Mid Gippsland,” Mr LePage said. 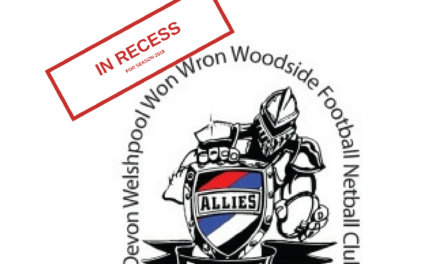 DWWWW to go into recess for the 2018 season