IN 1968, the Nyora Football Netball Club saw a young Geoff Glover step into the Saints’ hallowed halls, and 50 years on he is still a regular glowing face on game day.

“I originally came when my son and daughter were playing footy and netball,” he said, reminiscing on years gone by.
“I never expected to be here all these years on.”
Geoff supported his children in their respective sports throughout their playing years and stayed around to “keep getting involved” even after they moved on.
In 1983, Geoff tragically lost his son, but found solace in the club community.
“It definitely helped me get through it,” he said. 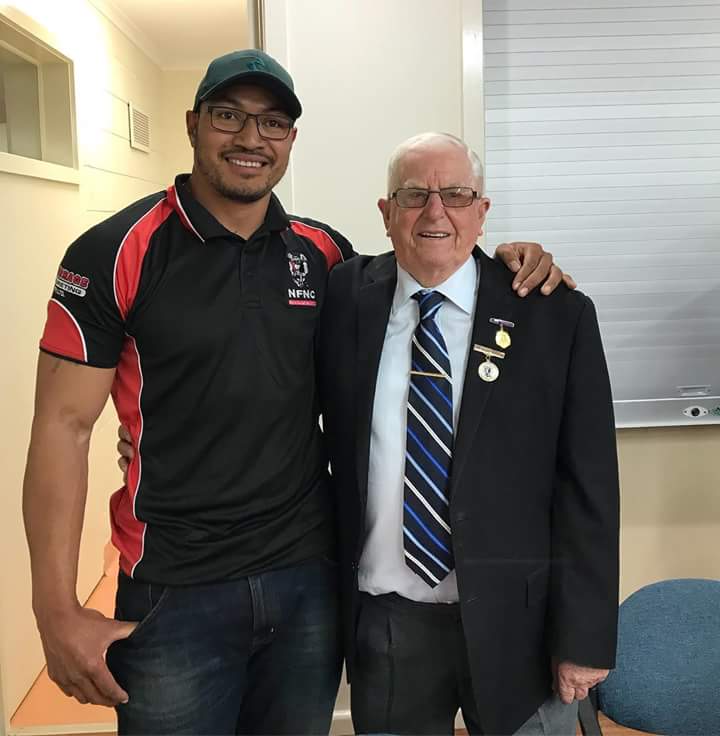 Nyora has had its ups and downs over the years, as all clubs do.“Stick with it,” Geoff states, with unwavering optimism.
“There will always be more bad years than good ones, but those are why you keep going.”This year has the senior outfit in good shape and he hopes to see a fourth premiership.
Saints’ vice-president Matt Layton recalls the 1993 flag win.“Geoff was up on the pedestal and one of the players gave him his premiership medallion, he was stoked,” Matt said.
“The thing with Geoff is, he’s been here with us through highs and lows.
“It didn’t matter if you were the last picked in the twos or the highest paid in the ones, he would still make time to talk with everyone.
“That’s really hard to find and I think that’s why he’s so loved by everyone.”
The softly spoken legend of the club was awarded life membership in ‘83, after 25 years of supporting Nyora through rough times.
Geoff is now an annual sponsor and perpetual volunteer at the club.
For decades he has been at the gate greeting all players and supporters as they enter the ground.
Geoff is renowned for his wit and piercing humour.
“You’d show up on game day with a girl you’re seeing and he’d say something like ‘Oh, she’s still hanging around you mate’,” Matt said. 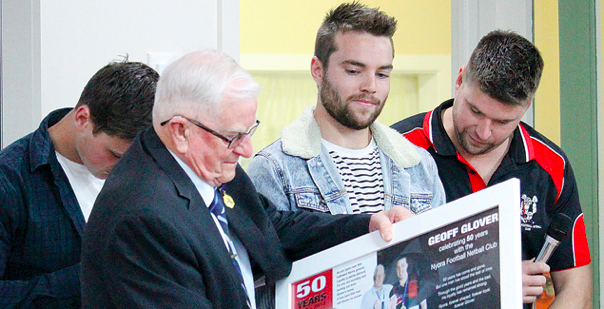 Geoff’s influence doesn’t just end at the club, he often makes an impact on people around him and his unwavering support makes him somewhat of a fatherly figure at the club.
Geoff’s presence is highly regarded among many at Nyora and his continual attendance at over 900 game days at the club has garnered respect from many around the league.
“He just never stopped being there,” Matt reflects sincerely, “through everything that has happened over the years.”
The Saints hosted a testimonial dinner to the club legend to honour his commitment and support over such a long period of time.
Geoff has been at the club longer than many of the club’s members have been alive.
“I don’t know what they’re making such a big fuss for,” remarks the old Saint, humbly.

All contents of article above written and published by South Gippsland Sentinel Times. To view original article in full online visit http://sgst.com.au/2018/09/high-flying-saints-canonise-club-legend/ Ellinbank DFL ladder and leading goal kickers after Round 12