A high-octane, free flowing game that saw Gippsland Power survive a fierce comeback from the Western Jets to steady and secure their second victory for the season, by 15 points.

The Power midfielder was workmanlike across the four quarters, running hard from contest to contest and applying plenty of physical pressure. At times his tackling was a touch overzealous and his kicking was untidy, but his grunt work in the midfield was highly valuable and complimented the way several of his smooth moving teammates like to play.

Konstanty combined well with the likes of Coby Burgiel, Mitchell Moschetti and Bailey Humphrey to help give Gippsland a dominant advantage in the midfield in the first quarter, as he found plenty of the ball at ground level. The top-aged product faded out of the game slightly after a strong start but remerged late in the game to be a prominent player and swing the game back into Gippsland’s favour. He made a desperate, lunging tackle to win a holding the ball decision in the final quarter, before hitting a target inside 50 to set up a goal that would seal the victory for his side.

The dynamic midfielder backed up his 25-disposal game in Round 1 with another strong display to be one of the better players on the ground. Like many of his teammates, he was particularly influential in the first quarter, winning a number of clearances and getting proactive at stoppages, often getting on the move early and breaking free from congestion. The 18-year old also tackled strongly and had a presence when he drifted into the forward line.

The smooth moving wingman had an efficient game for Gippsland, using his polished skills to make good decisions with ball in hand. Hamilton was clean below his feet and held his width well at stoppages, often being put into space by one of his teammates as a result of his good positioning.

The 201cm ruckman was a towering presence in the midfield for Gippsland, and was the catalyst for his team’s first quarter dominance, as he gave his midfielders first use and contributed well around the ground. The big man’s influence was curtailed after quarter-time, as opposing ruckman Nathan Dowdy began to impose himself on the match, but he still managed to compete well in the ruck and remain an important player for his side. Around the ground, Howe looked to utilise his strength to extract the ball from the ruck to win the clearance himself. 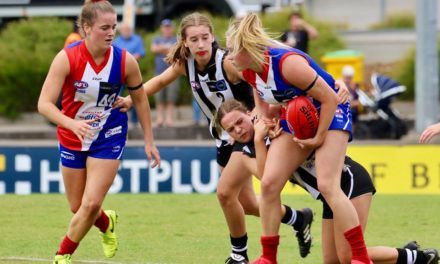 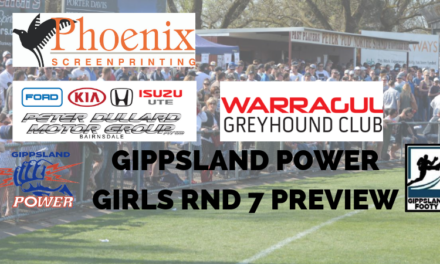