Where is it being played?: Tooradin Rec Reserve 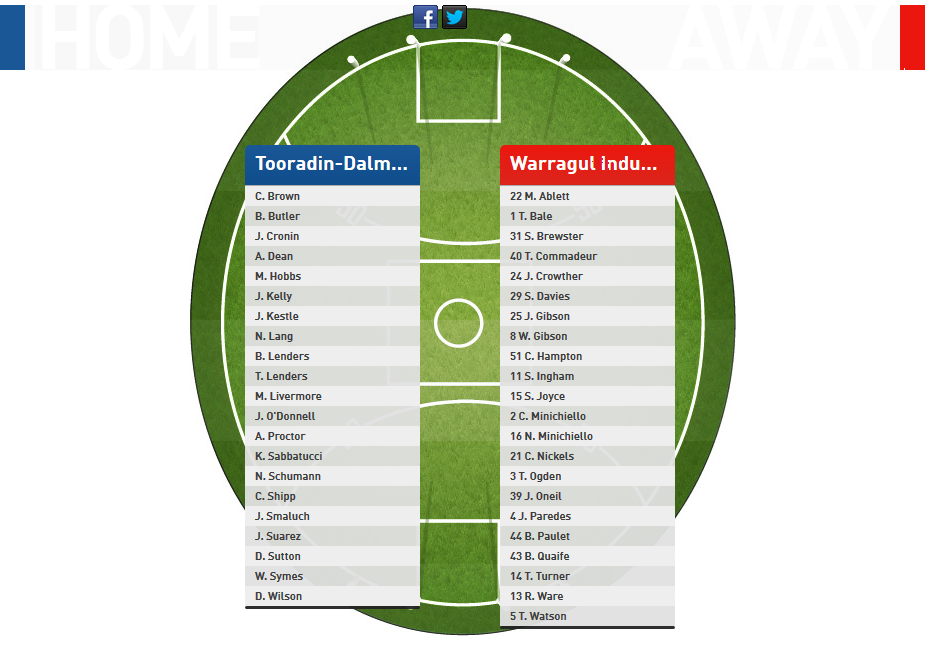 In the West Gippsland Football Netball Competition, Tooradin-Dalmore will host the Warragul Industrials for the first time.

Gulls senior coach Lachie Gillespie said there’s a real excitement in the build-up to the clashes on-field and on-court, but the significance of the day remains front of mind for everyone involved.

“It’s one of those games we all look forward too, and we know we’re playing for a bit more than the win or loss itself,” he said. “This is to remember and pay tribute. “The footy part is really a very small part of the day.”

Tooradin-Dalmore had John Wells OAM the president of the Dandenong Cranbourne RSL – speak at their selection night last night (Tuesday). The opportunity to host him was something the club felt “humbled by”, according to Gillespie.

“It lets some of the young guys know what people have had to go through, and sacrifice, at their age,” he said, adding that many of those involved at Tooradin-Dalmore would take it upon themselves to head to an Anzac Day service on the morning of their games.

“It’s pretty cliched, but Anzac Day does put into perspective that we just get to go out there and have fun. It’s not life or death for us – it’s win or lose. We should be out there having fun, enjoying the game, shaking hands, and having a beer together afterwards.” 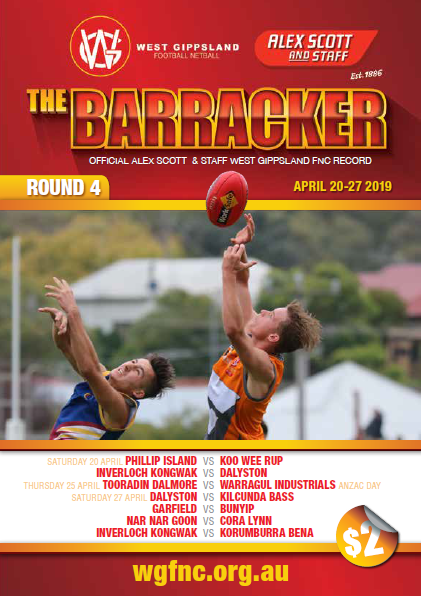 Where is it being played?: Lucknow Rec Reserve

What time is the seniors game scheduled to start?: 5:00pm Round three of the East Gippsland Football Netball League will start Thursday night at 5pm when Lucknow and Paynesville square off in an ANZAC Day blockbuster at Lucknow.
The Gulls currently sit fourth on the ladder, while the Magpies are yet to taste victory, sitting in sixth.
At 4.30pm a service will be held to remember those who have or are serving currently. During the service an ex-serviceman and current servicemen will speak and Lucknow president, Ray Smith, says it is a massive honour for both clubs to be able to play on ANZAC Day.
“It’s just the day itself and the history it has,” he said.
“We’ve been pushing it to the players and they are really taking it on board.
“Both clubs will be wearing a special ANZAC Day guernsey to mark the occasion.”
The Magpies haven’t had a good start to the season, losing to Wy Yung and Boisdale Briagolong by 11 and 25 points respectively, but Smith believes his side isn’t far off the pace.
“I think we just have to pick up all around the ground but we’ve had a few blokes that are short of a run,” he said.
“We are fine with the contested side of things but it is more our spread on the outside that needs to lift I think. Our run and carry game could improve. However, young Jake Green has taken his game to another level while a lot of players are playing in
different positions, which is giving us more options.
“Brandon Sauer is another one who has turned up in his first season at the club and led from the front in the midfield while Dion Grace is doing the majority of the ruck work by himself and going really well.”
With the Gulls coming off their first win of the season against Orbost Snowy, Smith says the Magpies must be on top of their game.
“They are going to come at us and be up and about, there is no doubting that,” he said.
“It is a big game and we need to get the win to kick start our season.
“If we lose we will really struggle to stay in touch with the top four.”
If Lucknow can secure the points it could move as high as fourth if Wy Yung lose to Lindenow on Sunday at the Cattery.

What time is the seniors game scheduled to start?: 5:15pm

Teams for the Anzac Day clash tomorrow against Morwell East @ Morwell Rec Reserve. Reserves 2:45 start and Seniors 5:15. Come down and cheer on the dees!

For the first time the Mid Gippsland Football Netball League will hold an Anzac Day night game between Morwell East and Boolarra.

MGFNL spokesman Rob Popplestone said the Hawks approached the league with the idea to host a game on Anzac Day and were “keen to take ownership” of the special occasion.

Morwell East president Graham Knowles said the game against Boolarra, while essentially “just a normal game”, would “obviously have that something a bit more special”.

“This year we just looked at the draw and I said ‘let’s give it a go and see what sort of pull we can get’,” Knowles said.

“We had to get permission from the RSL and Boolarra to see they wanted to play in the game, and from the league, so there was a few little hurdles to get through to get it done but it’s happening and we’re really excited.”

The club imported floodlights last week which were tested for game suitability at Thursday night training.

There will also be a luncheon held for Morwell East and Boolarra club members, league representatives and RSL members on the day.

The Anzac Day games between Morwell East and Boolarra will be played at Ronald Reserve on Vary Street, Morwell on Thursday, April 25.

Reserves start from 2.45pm, an RSL service will be held at 4.45pm before the first bounce of the seniors at 5.15pm.