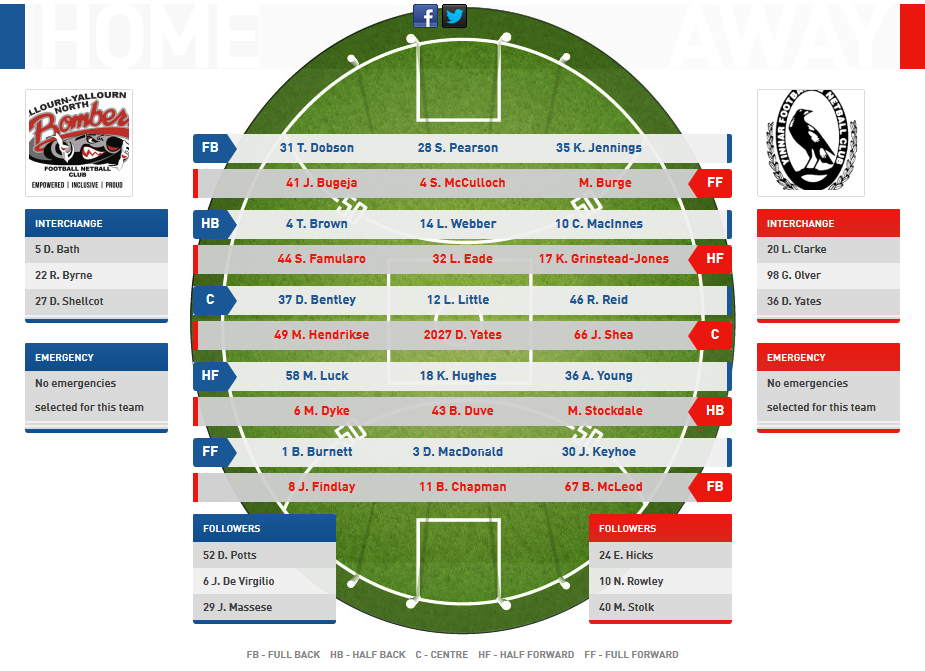 Just a fortnight ago, you might be licking your lips in anticipation of this mouth watering clash between two of the top three sides from season 2018.

Yinnar were agonisingly close to winning a premiership just seven months ago and kicked off a new year with a gutsy four point win over the reigning premiers just weeks ago.

However, as they launched their season in front of a healthy crowd of supporters and sponsors in round two, the most exciting thing that happened for the Magpies was the siren to start the match.

From that point on Yinnar were beaten all over the ground, the pain an embarrassment of a better than one hundred point loss only stopped by the final siren.

This week Yallourn-Yallourn North wont be any easier, the Bombers coming off a one hundred point win themselves that featured an unbelievable eighteen goals between just two players, Keenan Hughes finishing with eleven, and Dean MacDonald seven.

Yallourn-Yallourn North have left no stone unturned in recruiting the very best possible to their club and would have set themselves for a grand final berth, nothing less.

They meet a side that would be hoping for the same, but hoping and wanting are a fair way apart, and the result of this clash will give a clearer indication of who might be featuring at the business end of the season and who will be looking on. 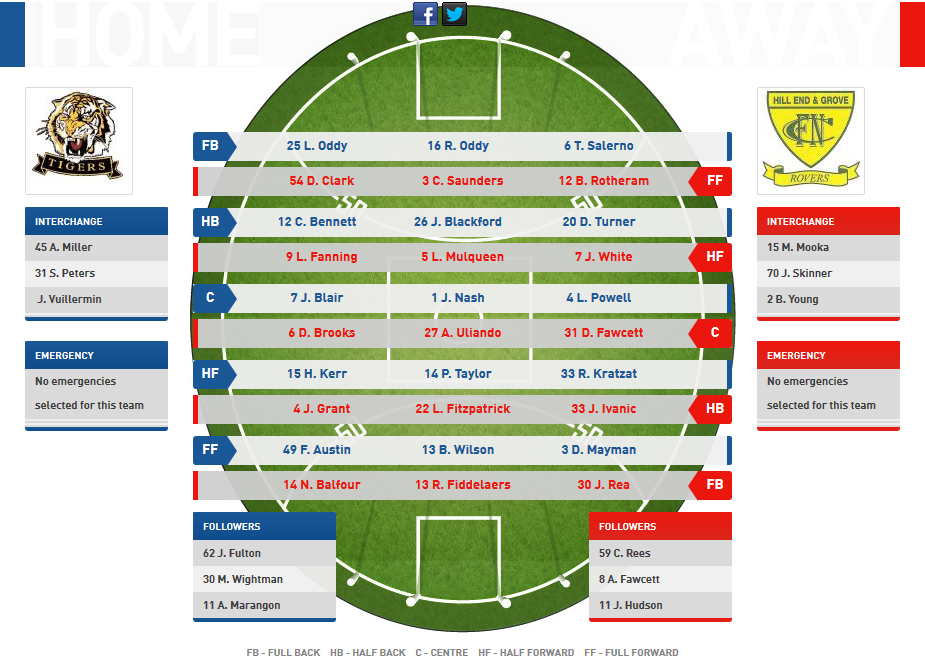 Mirboo North have been dazzling form in the opening two rounds of the season, their enormous win over Newborough, bettered by their trouncing of predicted finals contender Yinnar just a fortnight ago.

Playing Coach sidelined for the season with a footy injury would have liked the view from the sidelines, given his Tigers devoured all that stood in their way over the full four quarters.

The result was one of the most surprising, given the one sidedness, for many years and places Mirboo North in the perfect season to be five and zero given the next fortnight presents them with Thorpdale and Boolarra.

That said they still have to get over Hill End this weekend, the Rovers themselves springing a surprise of their own when defeating the reigning premiers Trafalgar by four goals.

Hill End have recruited well and given coach Mike Santo something more to work with in 2019, but whatever magic they produced in their last round win will have to be matched and maybe even bettered this week if they are to pull another win out of the hat against Mirboo North.

The Tigers seem to have improved the bottom end depth of their starting twenty-one and also found more avenues to goal at the same time.

This is sure to stretch the Rovers to breaking point last into the game, and they will need to call on lessons learnt in their loss to Morwell East to insure this doesn’t happen again.

There is no question the Mirboo North go into this match as warm favourites, but if Hill End can pull of an unlikely win, it will have many revisiting their thoughts on what the final five might look like at the end of the home and away season.

What time is the seniors game scheduled to start?: 2:35pm, Sunday April 28th

Up to date weather for Trafalgar

Round three will close with the traditional Sunday Anzac Day clash between two clubs that have shared the spoils in recent years.

Both teams come into this round without a win to their name, Trafalgar beaten by Yinnar and Hill End, Thorpdale beaten by Boolarra and Morwell East.

Bloods coach, Clint Eisendel has been frustrated by not having access to his very best twenty one, but he would be more annoyed by the players he has not sticking to the disciplined style of play he wants to deliver.

Trafalgar has produced a “team first” mantra with a very clear understanding of what needs to be delivered on the field, everyone with their role, everyone playing to that role, you get the feeling that might not have happened in parts of the first rounds.

Changes to personnel might help the understanding of the coaches demands and send a clear message to those sitting on the sidelines, “you’re either in or you’re not!”

Thorpdale might not yet be able to send such a clear message to their group as the Blues still fight hard to attract the numbers required to field both a senior and reserves side, but the level of commitment is and will be slowly lifted as coach Ray Pickering starts to form a side that can be competitive with most in the MGFL.

Last week it was predicted that on the back of their round one loss to Yinnar, Trafalgar would be too strong for Hill End, and although that didn’t happen and “good” sides don’t normally lose two in a row, they definitely don’t three in a row and absolutely not on your home deck on Anzac Day.