The number of reports in football in East Gippsland is set to go under the microscope.

AFL Gippsland intends to meet with the East Gippsland and Omeo and District leagues as well as East Gippsland Umpires Association “to discuss the disparity in the number of reports made in those two leagues compared with other leagues across the region over the past three years”.

In the past three years reports and investigations in the East Gippsland and Omeo and District leagues combined have numbered 54 in 2016, 57 last year and 62 this year.

This year there were 46 cases in East Gippsland league.

Just seven of the 62 were cleared, with two cases being heard last night.

There were 20 reports and investigations in the Gippsland League last year, which has more games across its season. 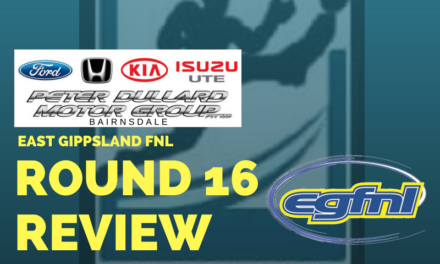