Despite the football restructure not falling into place for season 2019, the Alberton Football League and its member clubs remain positive about the season ahead with six clubs contesting.
The league has just released its 2019 draw with some new initiatives notable.
The first game kicks off on Saturday, April 6 and features a night game between Foster and MDU. Reigning premiers Fish Creek will take on Stony Creek whilst Tarwin will host Toora.
The proposed Easter game at Tarwin didn’t eventuate and will instead become a bye round.
Foster will host the second of its night games when it plays host to Toora on April 27. On May 4 Fish Creek host Foster for the first time since the Kangaroos triumphed in the 2018 grand final.
The league has scheduled bye weekends for June 1 and July 6 but may schedule an interleague match into one of these dates, possible against Mid Gippsland.
As mentioned in The Star recently the AFL has also decided to break its final’s campaign over four weeks starting August 10 with the grand final down for August 31.
The league remains hopeful it will hear of the outcome of its fate for the 2020 season by the end of March. 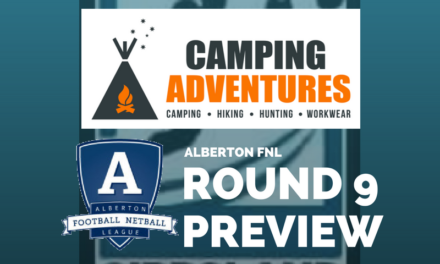