Where is it being played?: Bass Rec Reserve

They’re rested, they’re primed, and they’re proven right when it matters most.

All eyes are on the Bulldogs to see if they can, indeed, go back-to-back this season. They’re most people’s tip to do exactly that, and it’s easy to see why.

Beau Vernon has a seemingly endless list of weapons at his disposal, and he also has the ability to utilise those weapons in a variety of different ways.

One of his biggest guns, Jack Taylor, has had an injury-hampered campaign to say the least, but by all reports he’ll be ready and raring to go on Saturday at Bass.

That spells danger for the Gulls, given his starring role at Cowes last time he faced them.

He’s another who will be looking to make his presence felt right when it matters most.

He’s made no secret of the fact that he wants to win a senior premiership with his new brothers from The Kennel, and the prospect of a particularly motivated Pedersen is horrifying for just about any opposition.

Vernon and his Bulldog brains trust were there at Kooweerup on Saturday for the qualifying final between the Cobras and the Seagulls.

They were front row centre – between the coaches’ boxes on centre wing.

They’ll know exactly what to expect from the Gulls, particularly with their most recent meeting going right down to the wire.

And speaking of Lachie Gillespie’s side and motivation, well they’ve said it themselves: “Who could possibly want it more than us?”

This weekend, they’ll show whether they can not only match the best, but beat them right when it matters most.

Where is it being played?: Korumburra Showgrounds

On the one hand, the Demons are playing with house money, having scraped into the finals by less than 0.4 per cent on the final day of the home and away season.

But on the other hand, this is Cora Lynn they’re playing – in arguably the WGFNC’s most fierce on-field rivalry.

Of course, the Cobras have taken the honours

in a number of their biggest showdowns in recent years – including on the last day of the season.

But all of that will count for nothing this Sunday when they face off on the neutral territory of the Showgrounds in Korumburra.

The time for the Cobras to strike is now. They were soundly beaten in uncharacteristic ways against Tooradin-Dalmore.

It was the Gulls who seemed just that little bit more desperate at the contest, and more focused for longer.

Onlookers can expect that to change this week.

It’s long been a trademark of the Cobras to stand up right when they need to most – to come out on the front foot and stamp their authority early in the piece.

But this week they’ll be coming up against a Kooweerup side prepared to put everything on the line.

Led by former Cora Lynn premiership captain Ben Collins – and with a group that includes a number of former grand final-winning Cobras including Mitch and Dave Collins, and Nathan Muratore – they know exactly how deep this rivalry goes.

The Demons have a number of more experienced players who may just call time on their careers following the end of this campaign, and Collins has already made it known he’s moving on. So how can the Demons win? By replicating their effort against Inverloch Kongwak.

In heavy conditions at Cora Lynn, it was the Demons who set the tone and played the game on their own terms.

They’ll be looking to do exactly the same this weekend, with the likes of Muratore and Joel Gibson leading the charge.

Look for the ruck showdown between Rory Connelly and Billy Thomas to determine plenty of the outcome through the middle of the ground and out of stoppages.

This clash won’t be pretty, but boy will it be fierce.

Nathan Gardiner again looms as a huge threat, and problem, for the Demons. If the delivery inside 50 favours him, the Demons will be scrambling for ways to stop him kicking another big bag – like he did in Round 3. 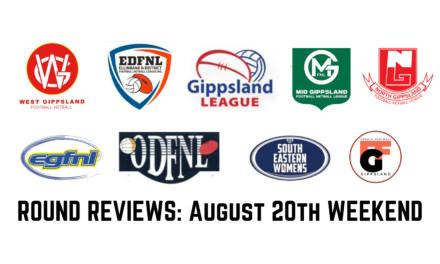