Bruthen player Craig Taylor admits there were times throughout the season that he worried whether his side had the hunger to go for back-to-back flags.

His fears proved unfounded on Saturday as the Bruthen Bulldogs beat Swifts Creek to add another Omeo and District premiership to its collection.

And Taylor played a starring role to earn the best-on-ground medal.

“I felt we were a bit casual in our approach sometimes and trainings weren’t always the best,” he said.

“We believed if we played the way we needed to play — run the ball, use our run and fitness … luckily we stuck to what we needed to do and played that way at the right time.”

Taylor has played in multiple grand finals over his career, including a drawn grand final in 2012 in the South West league in Western Australia that was replayed (his team, Collie, was eventually beaten).

This was his third premiership after winning with Cora Lynn and two at Bruthen after last year’s success.

(there is more content in the original article. To view original article in full online visit https://www.weeklytimesnow.com.au/sport/country-football/omeo-and-district-final-bestonground-feared-lack-of-hunger/news-story/3a00e2a3ead0acb40572da63b9d6ae83) 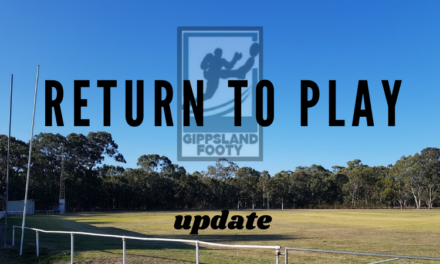