Buchan have put clamps on any chance they had of making the top four this season, falling to their opponents by 27 points and dropping two games away from fourth spot. On the other side of the coin, Bruthen now sit clear two games from fifth spot and now have a chance to restart their season after a slow start.
The Cavemen led at the main break and were within arms reach at 3/4 time, trailing by 16 points. But the Bulldogs put the game beyond doubt in the last term, piling on 6.5 to Buchan’s 5.0.

Jamie Barton and Tyson Siddle were sharpshooters for their respective sides, kicking 5 goals each. Wil Matthews and Andrew Whelan were named the game’s best players.

Swan Reach put in arguably their best performance of the season to date, pushing Omeo-Benambra all the way to the final break until the more credentialed side put the result to bed.
The Mountain Men led by 13 points at 3/4 time, struggling to shake off a determined Swans outfit. They then iced the game with a seven goal straight final term that saw them victorious by 48 points.
For the Alpine Ranges, Mason Tait kicked a bag of 7 and Riley Steenholdt was named best. For home side, Jack Wheatfill lead the charge while Jack Cameron was the major individual goal contributor with three.

In a tight tussle for majority of the day, Lindenow South have reinstated their credentials by claiming not only victory over Swifts Creek, but claiming top spot on the ladder as well.
The Swampies led for most of the game but the Demons always remained threatening. However the visitors managed to keep the home side at bay when it counted.
Sam Howden was named best for the victors, while Dylan Hack helped keep his side in the conversation. 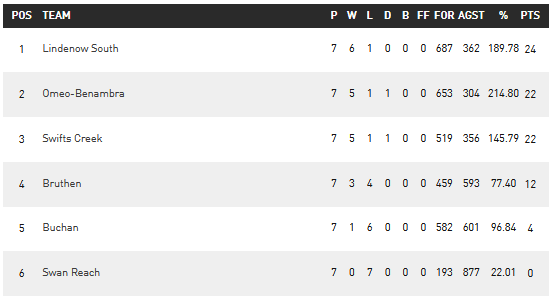 WE WERE UNABLE TO ACCESS LEADING GOAL KICKERS AT TIME OF POSTING. 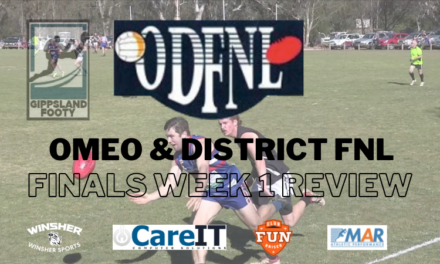 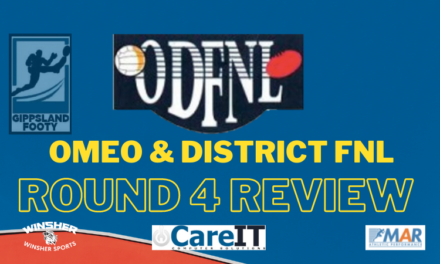