Gippsland youngster Zane Duursma announced himself as a player to watch in the future with a sparkling six-goal performance to help the Power escape a huge fright from bottom team Bendigo in the first game of the NAB League’s Queen Elizabeth Oval triple header on Sunday.

It gives him 15 goals from five games this season, having booted at least two goals in each appearance after kicking seven in five games as a 15-year-old last season.

His effort, and that of Vinnie Caia, who added four majors, saw the Power see off a terrific effort from the Pioneers, who took every opportunity offered to them in the first half with eight straight goals to lead by three points at half-time.

The Gippsland skipper lead from the front with 25 touches, topping his side’s disposal count and adding a bit of grunt to the on-ball group. Humphrey was super clean off the deck and had no trouble getting his hands on the ball, but the next step of possession – disposal – is something which let him down a touch. His urgency saw him bomb the ball long inside 50 several times, gaining good meterage without always finding a target. He also notched up three behinds, having booted multiple goals in three other outings this season.

Konstanty had his most prolific outing for the year in a ball winning sense, finishing with 23 disposals which included multiple attempts on goal. The crafty small started up forward and constantly looked to twist and turn into scoring range, with his lone goal for the match coming from a set shot in the third quarter. A couple of snaps went offline, but Konstanty was clean when sharking the ball at speed and tried to get creative when on-ball.

Having booted multiple goals in every game this season, there is no questioning Duursma’s ability to find the big sticks. He put on a clinic in Round 5, showcasing his incredible finishing skills with six goals kicked in a variety of ways. Whether it was slotting home on the run from range, dribbling off the deck, snapping from the pocket or converting set shots, Duursma did it all. The bottom-aged AFL Academy member even garnered opposition attention after half time, but was simply on fire and could not miss with his quickfire shots. All class.

Schuback has had bigger games, but still managed to display his best traits on Sunday. The dashing defender showed a nice balance in his game, timing his runs typically well to receive on the run and drive forward, but also cracking in for a few marking and ground-level efforts atypical of the flashy style he brings off half-back. He made a solid contribution overall, registering 18 disposals and breaching either arc a combined seven times. 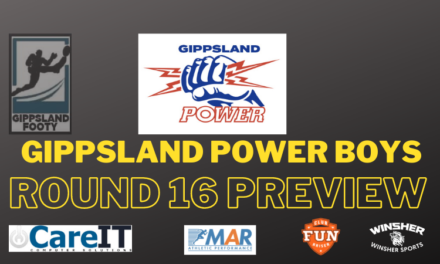 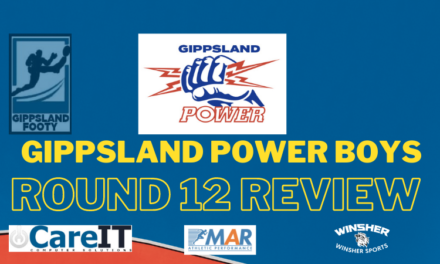