That score remained for the entirety of the second quarter as neither team could find their target. The scoreboard read 1.1-7 to 2.2-14 at halftime.

For Buln Buln, it was more of the same in the third term and they failed to score again until the final quarter.

Neerim Neerim South on the other hand managed to add another two behinds to their tally to bring their scoreline to 2.4-16.

The final term saw the Cats add one more behind to their tally. The Lyrebirds added one single behind to finish the day on 1.2-8.

Dean Stringer was best on ground for the victors. He was backed up by the efforts of Nathan Bayne, Toby Bayne, Kody Wilson, Callum Shiels and Jackson Ward.

Lang Lang led the scoring in the first term with two majors and two behinds.

Yarragon were not far behind having opened the game with one goal four in the first quarter.

But the tables turned in the second quarter. Yarragon put on a stellar goal kicking display and added four goals one to their tally.

At the same time, Yarragon kept their opponents almost scoreless with the Tigers kicking just two behinds, bringing the margin to 19 points at the main break.

The Panthers charged further ahead in the third term, bringing their tally to 8.9-57. Lang Lang managed to kick another two goals and one behind, which put them 28 points the visitors.

When the final term came around it became clear the Panthers had the upper hand. Both sides added two points, Yarragon using those points to consolidate their win.

Darcy Jones was best on ground for Yarragon. He was backed up by the efforts of Andrew Budge, John Maye, Simon Blackwood Pollock.

Longwarry opened the scoring in the first term with a single major kicked by Jedd Serong.

The Eagles fought back in torrential conditions, kicking three behinds in the first term.

The second quarter could have played out better for the Eagles. The booted just a single behind before the main break.

The hosts had only a slightly better term, kicking two behinds to bring their tally to 1.2 at halftime.

The third term was a much better outing for the visitors. Ellinbank finally found the main target between the post and put an additional behind on the scoreboard too to bring their tally for the day to 1.5-11.

The tide had turned in that third term and the Crows remained scoreless, entering the final quarter with a 1.2-8 scoreline.

In the fourth quarter it was the Eagles’ turn to remain scoreless, ending the day on the same 1.5-11 they finished the third term on.

But it did not matter at the final siren, with the Crows coming up short after adding just two behinds to their tally. Longwarry finished the day on 1.4-10.

Hayden Stagg was best on ground for the victors, as well as his side’s only goal kicker. Stagg was backed up by the efforts of Francis D’Agostino, Mark Vassett, Michael Urie, Tom Johnson and Matt Farthing.

Poowong ensured a top three ladder position for at least another week on Saturday, keeping Nyora scoreless for two quarters and goalless for three terms on their way to a 41-17 win. The home side was too strong inside in tough conditions and applied strong pressure to ensure the Saints could not put any fluent play together. The game started slow for both sides, conditions making it tough to play clean footy. In a gritty showing, both sides kicked two goals, with Nyora taking a two-point lead into the first break.

The Magpies’ defence lifted significantly in the second term, and while they were only able to add one goal in the quarter, the Saints struggled. The home side were too strong at the ball and had lifted their tackling pressure, ensuring a 23-15 half-time lead.

The Magpies maintained momentum after the long break, with Sullivan and Wyatt dominating the play in the third term and giving forwards Hooker and Doria a good look at it. The side was unable to convert though, kicking three points in the quarter. Nyora again struggled however, with the Poowong side giving them no avenues to goal and holding them scoreless for a second straight term.

Poowong finally sealed the win in the final term, booting two goals through some great team play and holding the visitors to just two behinds, rendering them goalless for the final three terms. Both teams continued to battle it out in the conditions, and when the final siren sounded it was the home side emerging victorious with a 24-point win.

Catani notched up a big win over Nilma Darnum on Saturday, overcoming the Bombers by 77 points.

The Blues were the clear favourites going into the weekend and they showed they meant business in the first term.

Nilma Darnum put up little resistance in the first term with just one behind to their name. The second quarter was no different for the Bombers. They added just one more behind before the main break.

They picked up their game somewhat after halftime and finally found the main target between the posts, kicking two majors and two behinds to bring their tally to 2.4-16.

But the visitors were miles in front, adding two majors and three behinds to their tally to bring their scoreline to 11.8-74.

The final term saw a flurry of scoring from both sides — the Bombers added two goals two while the eventual victors booted five majors and three behinds to bring their final tally to 16.11-107, 77 points in front of their hosts, who finished the day on 4.6-30. LEADING GOAL KICKERS AFTER ROUND 17

All other match reviews written by Will Watson reporting for Warragul & Drouin Gazette. To view original articles in full online subscribe to WDG here. 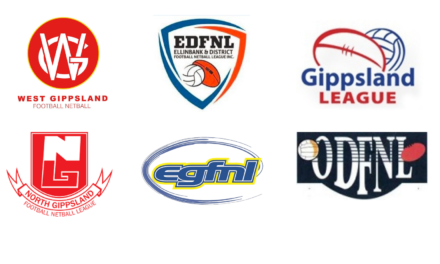