It would be a real shame at this stage of the year, if Boolarra were to drop their bundle after so may positive signs throughout the course of 2019.

The Demons have won their share of matches, reaching maybe even surpassing their pre season expectations, but last week they gave it up too easy against the Bloods, and coach Tony Giardina wouldn’t want to be seeing that sort of performance two weeks in a row.

Mirboo North are as thin as a club can be when it comes to player availability, an amazing twenty three players currently unavailable and that sort of long list can certainly provide some problems for a club, and those problems have been reflected in the Tiger’s recent performances, an embarrassing loss to Hill End a fortnight ago, followed by a win against Thorpdale last week.

In fact it has been a blessing in some ways for Mirboo North, that as they navigate their way through a testing time, they are confronted with those teams that are outside the five rather than immediately around them.

On the surface it appears that the top three positions are settled, but it would only take a couple of upsets in the handful of rounds remaining for a team to lose their grip on the valuable double chance, and for that reason alone, Mirboo North will find a way to win, without their best twenty one.

Currently second, the Tigers won’t be able to do what they did last week, or even this week, without their best available on the park, the real question is whether they will be able to get their best together by finals time, if not it might be a very quick finals campaign.

That said, they will be good enough to do what they need to do against Boolarra, and that’s win with plenty of improvement to come.

The Rovers should have a return to the winners circle his weekend, but it wont be an easy kill, with Newborough likely to put up a courageous fight.

The fact is that Hill End’s form in the past two months probably warrants them being locked into a top three spot and a double chance at finals in a few weeks time, what confronts them however, even with their super impressive form is a fight every week to the finals.

Hill End would dearly love to have another crack at the Bombers come finals time, with both clubs set to face their Demons at that time, as coach Mike Santo highlighted “lucky the premiership nots won in July, we have had no finals experience, they have had bad finals experience, not sure whats better”

That question will be answered at some stage in August or even September, but there is some water to flow under the bridge between now and then, as the Rovers look to string a number of wins together again and climb from fourth to third, a challenge well within their grasp given the opposition they face is mainly at the bottom end of the ladder.

They say you only ever lose if you don’t learn, and there was plenty learnt last week by Hill End, Mike Santo “ they out ran us, out worked us, out coached us and it was a loss that may have been exactly we needed as a bit of a reality check”

This is the most intriguing contest of the round, with the third placed Morwell East, hosting the sixth placed Trafalgar.

Looking at the form of both teams it would be hard to go past the Hawks, who have shown real improvement in season 2019, but the this clash looms as a real danger game for the hosts, with the Bloods still dreaming of snatching a final five position.

The abandoned match against Thorpdale a fortnight ago, could well be downfall, the sharing of the premiership points on that occasion, might just be a the difference, but time will tell.

The fact right now, is that Trafalgar are a game and a half from Yinnar, so the Bloods superior percentage wont be a factor it could have been if the Thorpdale result went their way.

Morwell East have slowly being going through the gears, learning from new coach Devon Soutar and putting the pieces of a finals puzzle together, not all the pieces are settled as yet and the Hawks loss to the top of the table Yallourn-Yallourn North just a few weeks ago putting a spotlight on the many areas of improvement needed.

Now coming off a bye, it will be the perfect time for Morwell East to finish the final rounds with a rush and hit the finals with a the confidence required to be a contender.

How much the Bloods really want finals will be shown on the scoreboard, this will be the first a few grand final matches, all of which they have to win.

Where is it being played?: Thoprdale Rec Reserve

If ever there was an example of a battle between David and Goliath, this is it.

Unfortunately, I wouldn’t be predicting a similar result for Thorpdale in this lob sided contest.

Thorpdale are still reeling from their worst performance of the season last week, while the Goliath, Yallourn-Yallourn North are coming off quite possibly their most satisfying win of the season when they ended the eight game winning steak of Hill End, whilst also keeping their outstanding unbeaten record intact.

Thorpdale’s biggest achievement this season has been sticking it out when the pressure was on early in the season, the Blues were without a coach, lacking numbers to make a reserves side and with their netballers also feeling the pinch, it looked as though it was going to be a tough year and that’s exactly what its been.

However current coach has signed up for 2020, giving Thorpdale some much needed certainty, and the benefits of that will be seen in twelve months time.

The Bombers are ruthless and weather permitting the final score line could get ugly, Keenan Hughes and Dean MacDonald are capable of kicking ten goals apiece in this contest and with a top line midfield serving them for four quarters, expect both of them to go close.

That said, Yallourn-Yallourn North are much more than the two stand out forwards, they have talent all over the field and its well orchestrated by the experienced playing coach Barrie Burnett.

Top place is Yallourns to keep, but you get the feeling they would to break some records on the way and this match up looms as one where a big score can be kicked if the weather gods shine down on the Thorpdale oval. 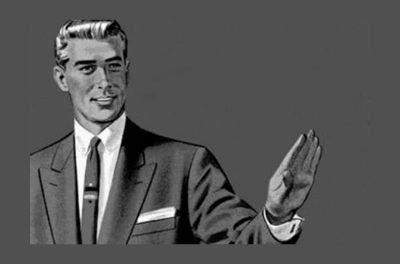