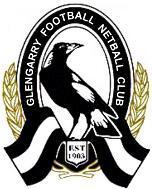 Glengarry Football Netball Club president Graeme Morley is under no illusion about what needs to be done to improve the club’s on-field football performance.

Morley admitted he was “not happy” with the club’s position – its senior side on the bottom of the North Gippsland league ladder and reserves in seventh – but said three new coaching appointments for season 2019 had been made in a bid to “close the gaps”.

“We’re not happy with where our position is right now but we understand our gaps and we’re pretty adamant we’re going to try and close them in 2019,” Morley said.

The Magpies seniors have managed just one win for the season but Morley is already looking towards season 2019 for a dramatic reversal of form under newly-appointed head coach Steve Henry.

Henry takes the reins from playing-coach Drew McGrath who has “decided not to go around again” after a season-ending knee injury.

“We had a fairly big net right across Gippsland and ended up interviewing around seven and then shortlisted and ended up going with Steve Henry,” Morley said.

“He’s from a very impressive sporting background and obviously we’re sitting on the bottom of the ladder and we just need to make sure that we’ve got the right person that connects with people.”

Henry has served as assistant coach to Traralgon’s Mark Collison for the last four years and helped them to the flag in 2015 and was also assistant at Morwell East and coach of Gormandale’s under 18s.

“That success at Traralgon that Steve had a part in, that winning culture, but predominantly his connection with players and his ability to get along with people is why we went with him,” Morely said.

Henry will serve in a non-playing capacity as the club looks to move away from the playing-coach model for its senior side.

“I think the game has changed a little bit in the last five years where most clubs that actually have a good playing coach, however, when they’re playing they don’t actually see everything.” Morely said.

Henry, who said he was drawn to the senior coaching role at Glengarry because of the challenge it presented, already has grand plans for the playing group for season 2019.

“I think the position the group is in … I want to bring a bit of professionalism to that group and that’s sort of the way I like to build things – from the ground up,” he said.

“First of all, to bring professionalism and a strong culture – I think that’s important with any club, and also a pretty strong training program that is disciplined and [will] sort of teach the guys and guide them along the way so we can build that culture.”

Seniors player Mitch Marino has been appointed as reserves coach for 2019 and is a “tough, nuggetty person” according to Morley.

Thirds coach Anthony ‘Angry’ Taylor has signed on for another two years and will also serve as assistant seniors’ coach under Henry.

“Predominantly we want to ensure our coaches are here for longevity so more than just a one-year thing,” Morley said.

(There is more content in the original article. To view original article visit http://www.latrobevalleyexpress.com.au/story/5562948/magpies-name-coaches-for-2019/?cs=1588)