Sometimes it is hard to find that perfect Christmas gift for the footy fan who has everything.
A good old fashioned book could be the answer to your problems! Here is a sample of what is on offer right now that can help support your local author. To view a feature length article about this book, click here.

To purchase a copy of Crimmo, visit Dan Eddy Books

Other titles available from Dan Eddy: 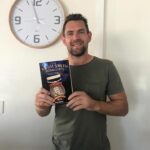 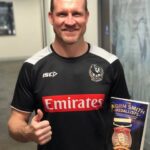 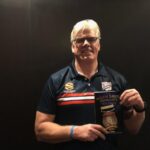 Always Striving: The Key Moments That Have Made the Essendon Football Club You can purchase On The Premiership Trail direct from Paul Daffey. Email pauldaffey27@gmail.com

Other titles available from Paul Daffey: The Totem Poles of Ouyen United 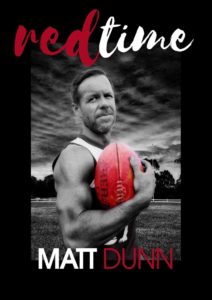 With a cover that boasts Gippsland Power coach Rhett McLennan, former journalist Matt Dunn went down the fiction trail for his debut novel.

“When life, love and premiership glory are all on the line…Red Time has suddenly taken on greater significance for nomadic country footballer, Mick Stewart. While those final moments of the game have always been important for the renowned goal kicker, the stakes are even higher this time―with love, redemption and a missing woman’s life all on the line.With the clock ticking down to zero and everything at stake, will Mick finally find the road to lasting glory or just another dead end?”

Copies of Red Time are available to purchase online at Feather Knight Books.

To watch a promo video of the book, click here. GONE BUT NOT FORGOTTEN – By Latrobe Valley author Laurie Williams

Local football historian, radio host and author Laurie Williams has put together a comprehensive look at all the former clubs in the West, South and Central areas of Gippsland that have competed since the late 1800’s

Copies of Gone But Not Forgotten can be purchased direct from the author for $25 posted. Email lauriefooty@hotmail.com

You can also combine both titles for $30 posted. A fantastic local book about the history of the Bairnsdale Football-Netball Club, with a major focus on the 1981 flag won against Sale in the Grand Final.

Written by David Johnston who grew up in the region and started his career at the local Bairnsdale Advertiser and also played at the club at thirds level in the mid 80’s.

This can be ordered for $25 via https://bairnsdale1981.square.site/product/bairnsdale-1981/

Other titles available by David Johnston: 1970: Year of the Saints (History of Myrtleford Football-Netball Club) – this can be ordered direct via David for $25 including postage. Email davidandliz5@bigpond.com.au HEART AND SOUL: A HISTORY OF THE LANG LANG FOOTBALL CLUB – By Bob Utber

Author Bob Utber and Lang Lang FNC historian Lachie Barwick take readers on the long journey back to the late 1800’s when a meeting was held to form a football club.

Copies of ‘Heart and Soul’ – A history of the Lang Lang Football Club can be purchased for $40+ postage by contacting Bob Utber at sportweb@net2000.com.au Trevor Jackson’s book on the History of the Lakes Entrance Football Club ( history of the early years 1892-1961) is now available for purchase. Become a partner with Gippsland Footy! Become a brand ambassador for an exciting new Sports supplier! 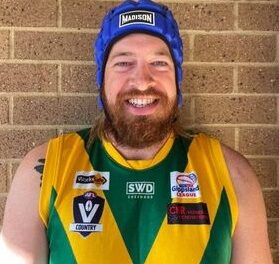