BEST PLAYERS AND GOAL KICKERS UNAVAILABLE AT TIME OF POST

A triumphant Boisdale-Briagolong can now boast an undefeated streak spanning two seasons, two premierships and a percentage longer than its postcode, after a grand final victory over Bunyip at a packed Sale Oval on Sunday.

In the performance of the season, Boisdale-Briagolong dug deep to bury Bunyip 14.8 (92) to Bunyip 1.2 (8), in a rematch from last year’s AFL Gippsland Women’s grand final.

At the first siren, the Bombers burst through the gates, and for the first six minutes, the defending premiers didn’t give Bunyip a look-in, chalking up a tidy 24-point lead by the seven-minute mark.

With a healthy breeze at the southern end of the ground playing havoc with shots for goal, ball magnet Emily Porter still managed to slot three goals, while Chelsey Bray kicked her first for the day, to open up an impressive 36 to nil lead by the first break.

In the quarter-time huddle, Bombers coach Kenny Marshall called for “tempo footy, straight down the guts”, and that’s what he got.

Bombers skipper Merryn Griffiths got in on the action, and slotted a goal to roars of “kick a goal, mum!” from a substantially younger section of the crowd.

With the breeze now on Bunyip’s side, a venture into their forward 50 paid off for the Bulldogs, who kicked their first goal after a 50 metre penalty awarded to Keira Lee brought the ball forward to the goal square.

The exact scenario was reversed two minutes later, as tempers flared in the Bombers’ forward 50 and league co-best-and-fairest Ashley Jans booted a goal from the square.

With the scoreboard reading 8.6 (54) to 1.0 (6) at half-time, Marshall told his team he was happy with the clinic it was putting on, and challenged the players to a 10-goal quarter.

Porter immediately rose to the challenge, kicking her fourth for the day shortly after the clock started, followed by majors through Jemma Dorward, Kristy Glover and Bray.

A three-quarter-time spray from Bunyip coach Adrian Wallin seemed to do his team some good, with much more movement from the Bulldogs in the final term, but two scoring shots only produced minors.

The Bulldogs found their feet and fought back with moments of brilliance – outmaneuvering and juggling the ball out of the red zone back into the midfield, but any attempts for forward entries by Bunyip were smothered in the midfield by Bombers Brittney Gray, Alex Gallatly, and rucks Phoebe Escreet and Sarah Madden, who promptly sent the ball soaring back.

A goal in the 13th minute from Jans and another from Lashay Ticker were the final nails in the coffin for Bunyip.

Marshall said he was absolutely “blown away” by the standard his team produced, and that he couldn’t narrow down his favourite part of the match.

“They chased, they tackled, they hit targets, they defended extremely well – they just took the game by the balls,” he said.

“It was very hard coming in and playing two games in five weeks – not ideal going into a grand final, but it kept us cherry ripe because we trained hard.

“We upped the training intensity and game simulation because we knew we were missing a few weeks, and in the last week and a half we just took that right off and started enjoying the moment that was coming.”

He said even though it was a different side to last year, the entire cohort’s skills had improved, and it certainly showed in the premiership match.

“Our new players this year have played before too, which made it really easy,” he said.

“We didn’t actually chase anyone, they wanted to come to us, which is a good thing for a club if you can lure good quality players without chasing them.

“Everyone just embraces everyone, everyone gets along and everyone enjoys each other.”

Marshall said it was a team effort, but he had a few stand-outs that battled hard all day – awarding his best to Porter, Gray, Jans, Minchin and Glover.

Porter’s performance was all the more impressive, as the new mum breast fed her six-month-old daughter Ava in the huddle at three quarter time.

The only game she missed for the entire 2018 season was the grand final because of pregnancy, and based on her 2019 premiership performance, it was clear she was out to more than make up for the missed opportunity.

Marshall added he hoped to see some new faces in the league, after a shock announcement from Bunyip during the awards ceremony that it was planning to leave the league.

“It would be good to get a few new clubs up and running, so people can see how enjoyable women’s footy is,” he said.

“I can’t wait to see what next year brings.” 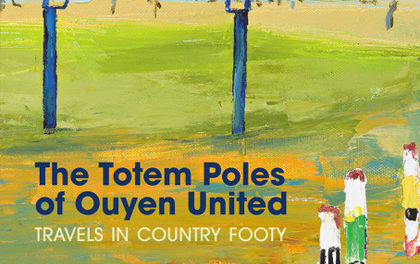 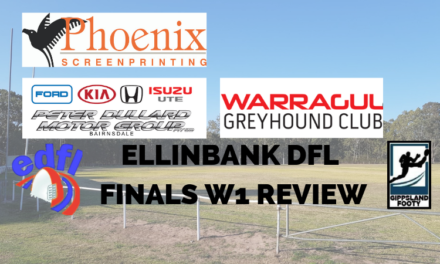