Where is it being played?: Meeniyan Rec Reserve

What time is the seniors game scheduled to start?: 2:30pm, Saturday September 1st 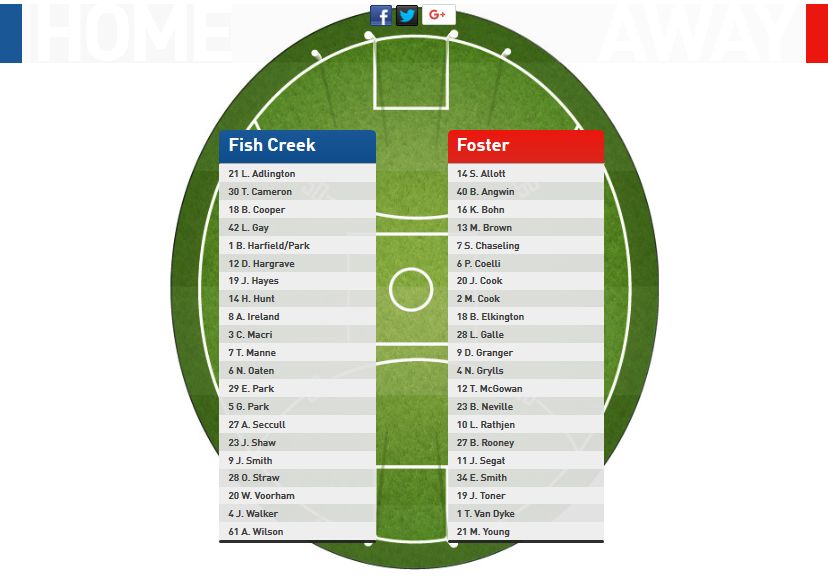 There has been a no more successful club in the Alberton Football Netball League than Fish Creek. A stacked trophy cabinet with 19-premierships including two three peats and an amazing five peat from 1963-1967, history says when they win flags, they win a few.
Another successful 2018 season saw the Kangaroos finish on top of the ladder and after an overtime thriller against Stony Creek in the second semi-final, a fourth consecutive grand final appearance was secured. Gallantly led by league best and fairest winner Ethan Park, the Kangaroos have the perfect mix of youth and experience after the departure of some key players after last season. Ethan has had another superb year in 2018 proving to be one of the silkiest players in the Alberton league. His hand and foot skills are precise, and his defensive pressure can shut down any opponent put before him.
Youngest member of the line-up Ayden Wilson had an excellent second half of the year playing seven senior games and more importantly cementing his spot in the side with his speed and willingness to commit himself to his role and the footy when it is his turn to go. He is very dangerous around goals and will be very dangerous on Saturday.
The combination of Andrew Seccull and Harry Hunt really cap off an overall stellar line up for the reigning premiers. Seccull is an amazing talent and even in the later part of his career is still very quick, strong and ferocious. He has silky skills, takes a great mark and can kick goals from anywhere inside the 50-metre arc. He remains one of the on-field leaders of the team and playing out of full forward he has kicked some bags of goals after a late start to the season. He is a very determined player who never gives up and the “Leg“ could kick a bag on Saturday. Harry was recruited to the club in 2018 and has been selected in the team of the year at centre half forward after kicking 43 goals. Tall and very mobile, he covers a lot of ground, takes a great mark and can kick goals.
But the Tigers are not to be looked over with coach Brad Rooney having his side running on all cylinders heading into the big dance. Riding a wave of momentum with two nail biting finals wins, Foster could be the team to dethrone the reigning premiers. Star forward Tom McGowan has booted 70 goals so far in 2018 and has been a key feature in both close finals wins. Ruckman James Cook is the barometer of the side. If he can get the upper hand early on Fish Creek’s Travis Manne, the Tigers will be hard to stop.
Midfielder Brendan Neville and centre half back Luke Galle were featured in the Alberton team of the year and will certainly he required to fill big roles come Saturday.
South Gippsland Sentinel Times Alberton FNL ladder and leading goal kickers after Round 9