This weekend’s game between bottom of the table sides Drouin and Wonthaggi to round out the 2018 season may be a formality for both sides but a win will help one side finish on a high.

Drouin are in ninth spot with three wins and will likely avoid the wooden spoon while Wonthaggi would need to win big to make up for the one game and 15 percentage point deficit that has them in last spot. 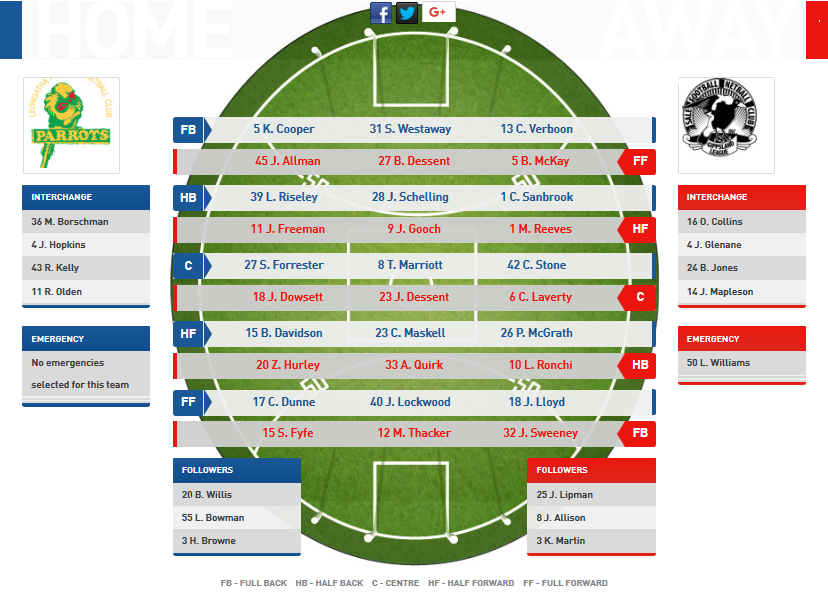 The top three finishers in the Gippsland League senior competition have been decided but this weekend’s final-round clash between Leongatha and Sale will have a bearing on its exact makeup.

The Parrots sit in second and the Magpies in third – level on 14 wins each – but in the event of a Maffra loss this weekend, the winner of the two will pip the Eagles for first spot and earn a week off.

Parrots coach Paul Carbis was suitably impressed with his side’s return to form against Bairnsdale in round 17 after a loss to Drouin the week before.

They took the points against Sale in round nine and Carbis flagged the Parrots’ recent form as a standard to aspire to this weekend.

“It’s going to be pretty similar. We want to repeat what we did on the weekend which is what we did at Sale last time we played,” he said.

“The test is to be consistent and if we do that we’ll be okay.”

If Maffra finish in top spot, Leongatha and Sale will play each other for a second consecutive week in the qualifying final.

“It’s a really good practice and we might play them two weeks in a row,” Carbis said.

“I’ve never been in that situation where you play them in the final round and then again,” he said.

“We like to win every game so we’ll go down to Leongatha and try to do that.

Fyfe also said the opportunity for the Pies to test themselves against the defending premiers in the last hurrah of the home and away season was a “good lead in to finals”. 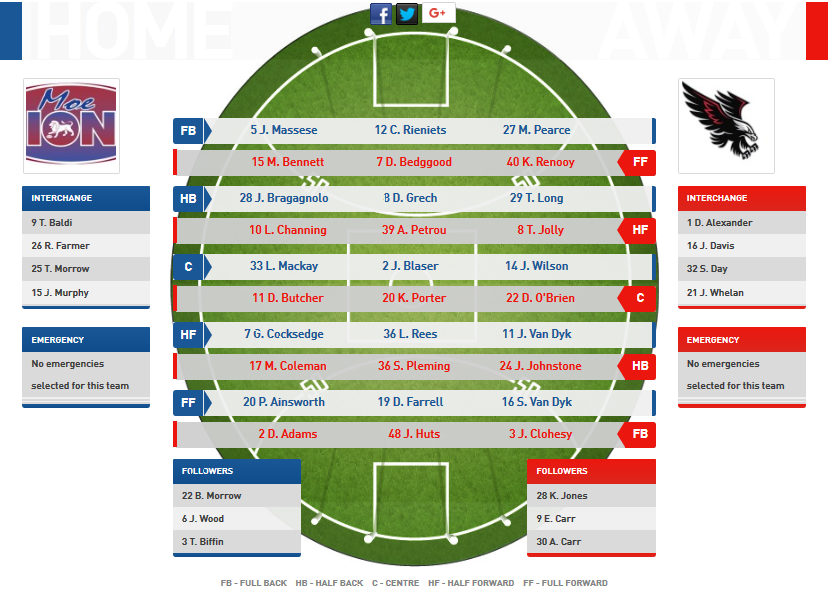 Another potential finals preview is on the cards in the last round of the season with Moe’s hosting of league leaders Maffra.

The Lions are a game and 17 percentage points clear of Traralgon in fourth spot on the ladder and, barring a big blowout loss to the Eagles this weekend, should finish there.

A loss for Maffra will mean they concede a first-place finish and a week off to the winner of Leongatha and Sale.

The Eagles were 25-point winners in the round nine encounter on home soil but will travel to take on the Lions this time around. In fifth spot heading into the final round, Traralgon will look to this weekend’s clash with Morwell to shore-up a post-season berth.

At home and on paper the Maroons are red hot favourites but a loss could mean they relinquish their spot in finals to Warragul. 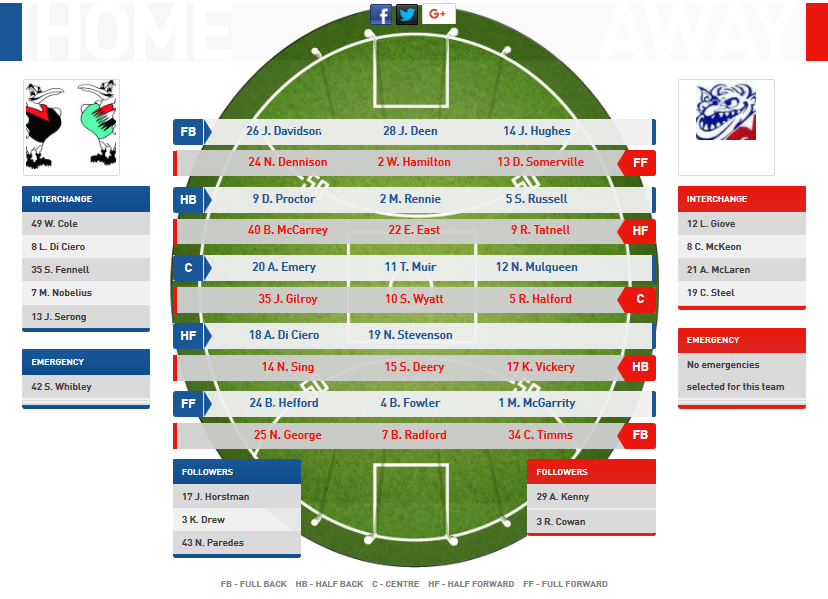 A last-ditch shot at finals is on the line for sixth-placed Warragul when they come up against Bairnsdale this weekend.

The Gulls’ are tied with Traralgon on nine wins apiece but trail by 12 percentage points.

They can topple the Maroons for fifth but there are a myriad of possible equations to consider and much of their fate rests with this weekend’s game between Traralgon and Morwell.

With a win, Warragul can steal fifth spot from Traralgon if they lose to Morwell.

They can still clinch a finals berth with a loss, but would also need Traralgon to lose by a hefty margin to make up for their percentage deficit.

In any case, the Gulls’ best bet is to make this weekend’s trip to Bairnsdale a successful one.