Alberton Football League to vote on disband | via the Weekly Times | 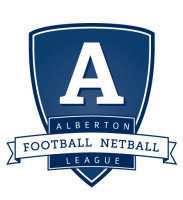 The Alberton Football League clubs and board will vote this week on whether to disband the competition.

It comes as the six surviving clubs are left reeling from an appeal that has not only prevented them from merging with the Mid Gippsland Football League, but also from applying to play in different leagues next season.

If the situation remains unchanged, the clubs could be forced to remain in a six-team competition for another year — an outcome they were desperate to avoid.

“It makes me feel sick to be honest, as though we’ve been let down again,” Fish Creek president Jason Harding said.

“We’re in exactly same situation as we’ve been in for the last three years, but our club is getting weaker each time and our feeling is this will decimate us.”

An AFL Victoria appeal panel’s ruling last month upheld the Mid Gippsland league and clubs’ objections to merging with the Alberton clubs, a proposal made by AFL Gippsland in its football review.

But those applications have been deemed worthless because as well as denying the merger, the appeal panel also stipulated that any future changes would be put on hold until the 2020 season and the Alberton league would remain as a six-club competition next season.

AFL Gippsland said it had advised the clubs of the application process to join another league “until AFL Victoria confirmed any such applications would not be accepted as per the findings of the AFL Victoria Objection Appeal Panel”.

“AFL Gippsland accepts the panel’s recommendation for the [Alberton league] to remain as a six-club competition for the 2019 season and remains committed to working with the league’s member clubs to ensure their short and long-term sustainability and viability.”

But at a meeting last week between the clubs, league board and AFL Gippsland representatives, a motion was put forward to disband the league.

That motion is set to be voted on on November 22 and The Weekly Times has been told it needs a 75 per cent majority to pass.

Stony Creek president Mark Le Page, whose club moved the motion, said it was done “in an attempt to make something happen”.

He said he did not believe AFL Victoria understood “the drastic and dire situation that’s down here”.

“It’s going to be a long shot but it’s desperate times so we need to do something,” he said.

But Toora co-president Trent Crawford said his club would not back the move to disband the league because he feared it could be left with nowhere to play.

He said the club now wanted to move on and look positively towards 2019.

“At this stage, we think our club’s in just as strong position as last year,” he said.

“We’ve had a bit of turnover of players but no one leave because of six-team comp.”

But he also said he was “very frustrated”.

“We’ve been going to these meetings for three years and continually told similar things and there’s still no solution,” he said.

A Facebook group called ‘Save the Alberton Football Netball Clubs’ has also attracted more than 1400 members since it launched last week.

“AFL Gippsland is committed to working with the Alberton clubs and surrounding leagues on the best structure of football in the region for 2019 and beyond.”

Original article written by Hannah Driscoll reporting for the Weekly Times. To view original article in full online click here (may be subject to subscription). 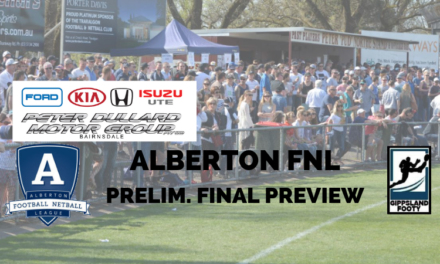