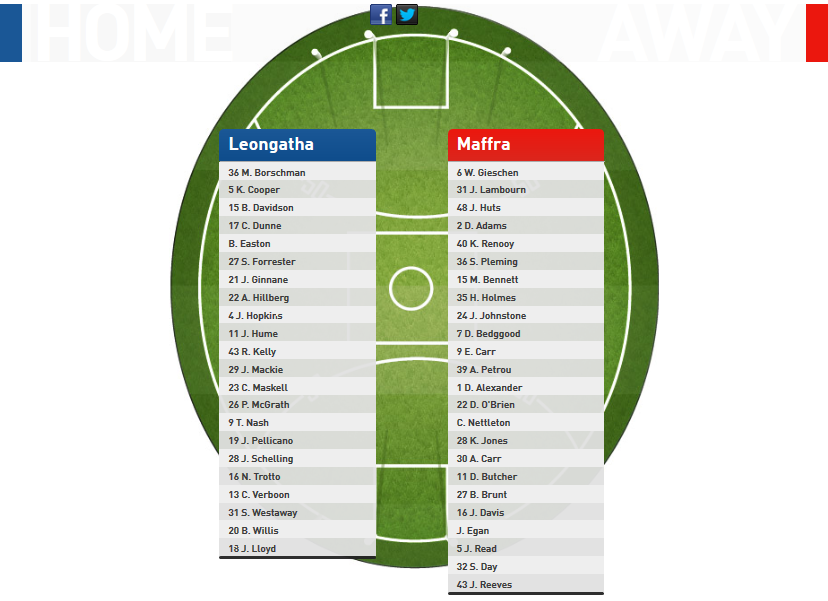 COMING off back-to-back premierships, the Parrots are prepared for their Round One grand final re-match against Maffra.

After the nine-point win last year, this game will be a big show for what’s to expect of the 2019 season. Leongatha has lost some of their junior development players, but have picked up some good players and will likely be a strong team in the Gippsland League again this year.

Nick Nagel, the dominate goal kicker, is a lucky pick-up through injury from the Eastern Suburbs League who will likely be starting the season with some big goals.

The club will be unveiling the 2018 flag prior to the senior’s game.

“All past players and committee members are invited to join for the unveiling of the flags prior to the senior’s game on April 6,” said publicity officer Rob van Rooy.

WAYNE Butcher will oversee another season in charge at Maffra.

Joel Lambourn returns to the Eagles from Queensland, while Jack Egan comes down from the Murray region.

With an experienced list at his disposal, and with the majority of Maffra players having played more than 100 games together, Butcher will be eyeing off another top three finish to again make an assault on the Gippsland League premiership. AFTER finishing 2018 with three consecutive wins, Drouin would have taken some motivation heading into preseason, as the Hawks set about continuing to build after some challenging times.

The evenness of the competition was on full show in round 16 last season, when Drouin upset eventual premier Leongatha on their home deck, in what may well be on the minds of players wearing the Hawks jumper throughout 2019.

Traralgon will take confidence heading into this season, following the side’s admirable performance in last season’s finals, where the Maroons came from fifth place to just miss the grand final after Maffra held them off by three points in the preliminary.

Traralgon have been busy on the recruiting front, targeting players from the VAFA and North Gippsland league.

New coach Tim McGibney will inherit a talented side with a good mix of youth and experience.

Younger players rising through the ranks will be called on to help drive the game, McGibney said, with Jackson McMahon and Cody Wilson returning with some VFL experience to add to the team. THE highly-credentialed Denis Knight will take over a relatively young Morwell side for 2019 and will be looking to give further senior football exposure to a number of players.

Jack Hudson will be available if he is not required for Casey while former Moe player Josh Hecker has some Gippsland League experience and should fit in well.

The Tigers will need to cover the losses of goal scoring trio Brandon McDonald, dual premiership player Daniel Hutchison and the experienced Kane Grinstead-Jones who is off to coach Yinnar in Mid Gippsland.

Knight is keen to “lay the foundation” in a year he expects will “really be a teaching year”.

“Hopefully we can improve on what we put out last year and make some reasonable sort of steps this year,” he said.

Despite not getting past the second week of finals for the last two seasons, Lions coach Lachlan Sim is confident he is building a competitive list to challenge the league’s top-performing clubs.

Coming in for his third stint as senior coach, he will replace James Blaser, who will continue as a player after three years in the job.

The Lions secured the big name signing of the summer, landing former St Kilda key forward Spencer White, who has since been joined by fellow AFL players Leigh Montagna and Bernie Vince.

Sim is shooting to win and plans to finish top three. 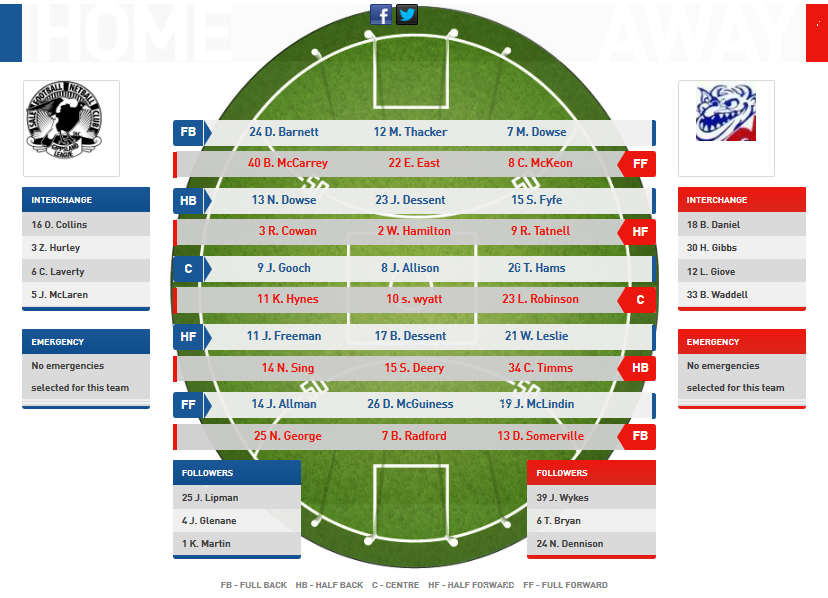 The Magpies finished the home-and-away season in third position, but were haunted by a rampaging Traralgon who got over them by 10 points in the first semi-final.

Fourth year coach Shane Fyfe will feel he has the ingredients for another good season, with limited player movement demonstrating that players are happy at the Magpies nest.

The senior team will have Kyle Dunkley available when he is not on duty with Gippsland Power.

Bairnsdale has been busy before the start of the 2019 Gippsland League season and in a big to push for finals has retained key players while further developing its young talent.
The Redlegs made a promising start last season before waning to a 6-11-1 record and a seventh place finish, however, in his second year as Bairnsdale senior coach, Darren Martin, who led Paynesville to East Gippsland senior football glory, is keen to build on the foundations he laid in his first year, something that has been made easier by low player turnover.
“We’re obviously aiming for finals. We weren’t far away last year. A couple of costly losses hurt us mid season,” he said.
“For us to be relevant and viable we have to be aiming for finals.
“We brought a reserves side in, which brought in a heap of depth to our list. Our under 18s have all hung around instead of leaving the club.
“Most of those 14 to 15 guys are ready to play senior football at some stage this year. If we can keep hold of those players for two or three years they will be really good Gippsland League players and we will have a very strong list to pick from in the future.
“This year the main thing is that we have kept the list from last year. We haven’t turned over 12 or 13 players so everything we did last year our guys will be better at it.
“They will be older, stronger and more mentally switched on. The game plan will come a little bit easier to them. We are not trying to teach it to 12 or 15 every year.
“We haven’t lost any of our key players so to speak. There is always turnover. We might have cleared three or four players out of the club, but I don’t think any of them were walk up starts in our seniors.
“It is by far the lowest number it has ever been.”
Martin knows that finals spot won’t simply be given to them, they must earn it.
“The aim is to make finals and what happens from there,” he said. 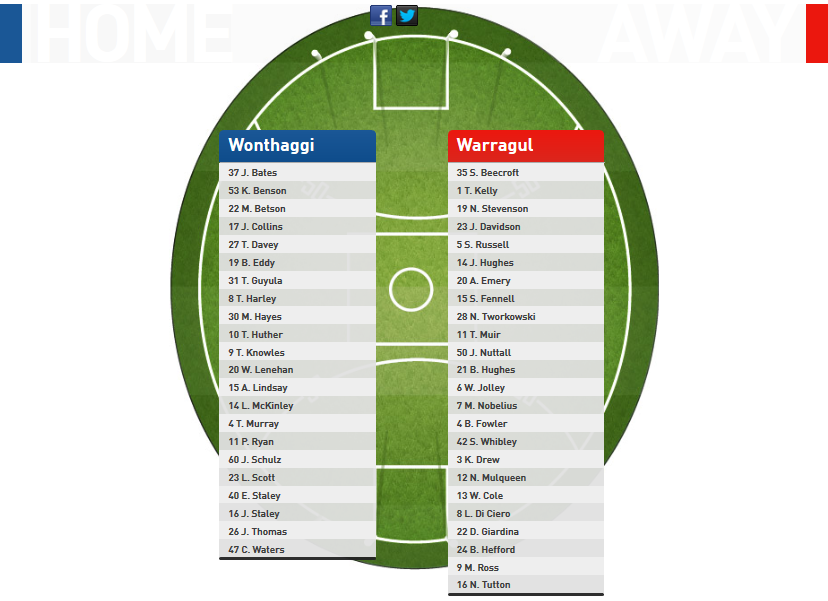 A FLEET of locals will be returning to Power this year after a best-forgotten season of injuries. With Troy Harley, Michael Kelly, Kane McCarthy, Joel Liddle, Dom O’Connor and Logan West all fit for round one, Wonthaggi’s ready to perform better in 2019.

Power is looking to rewrite the books this year.

With coach Lee Rowe, who has been a Development League Coach with Port Melbourne and managed interchanges at Casey; the playing group is evolving for their second year at his direction. The plethora of injuries last year did however allow many young players opportunities to start their senior football. Developing junior base includes Josh Bates, Thomas Murray and Lachie Scott. Captain and four-time best and fairest Aidan ‘Foxie’ Lindsay will again lead from the middle. After a year away from footy in 2018, Toma Huther is back in good form. He will be the Power’s primary ruck. Kane McCarthy has had an electric pre-season, he’s in shape for one of his best season’s yet. Recruits this year include Mitch Haize and Tim Knolles from Port Melbourne, Thomas Guyula from Arnhem land, and Mitch Benson and Jake Collins from Pearcedale. Also returning to the club is Fergus O’Connor, back from playing at Horsham.

Warragul have picked up a few players from the neighbouring Ellinbank and West Gippsland leagues, and, given their liking to tough conditions, should produce some winning results as the winter months get closer.

Key player Luke Tynan will be available for selection when he is not required for VFL side Casey. 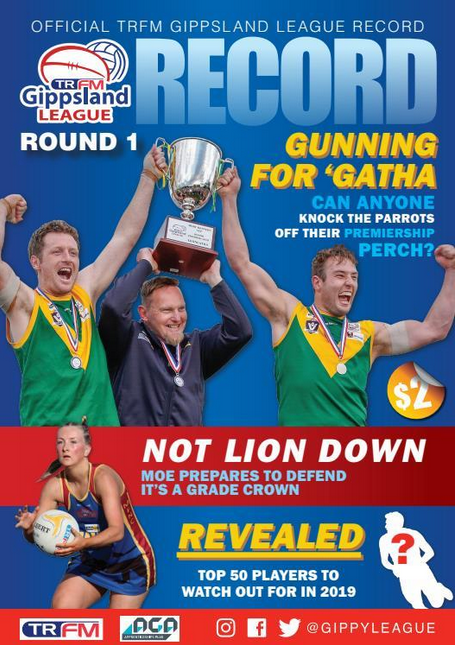