Approaching his 90th birthday and having spent most of those years involved with the Fish Creek Football Club, it’s safe to say Jack Charlton knows what he’s talking about when it comes to the Alberton League.
Jack’s a life member of both the Fish Creek Football Club and the Alberton League, and he’s been involved with local footy since the 1940’s, first playing for Stony Creek in the now-disbanded South Gippsland Football League, before moving to Fish Creek in 1955. He played for Fish Creek as a rover in the seniors and then reserves up until 1979, as well as spending several years coaching the thirds and serving as club president and in other committee positions.
Since retiring from official duties, Jack’s remained a passionate supporter of the club, attending as many games as possible throughout the season, and presenting the coveted Jack Charlton Award to the best player on the ground in the thirds grand final. So, how does Jack feel about AFL Gippsland’s recommendation to merge the 72-year-old Alberton League with the Mid Gippsland League to create a new ‘Central and Southern Gippsland Competition’? 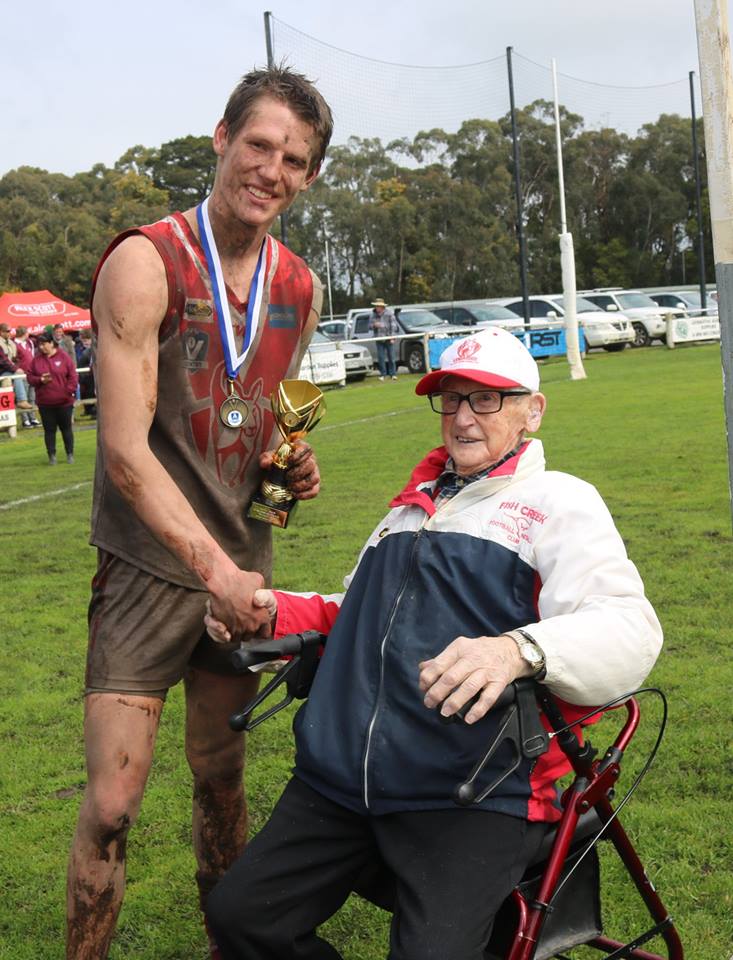 South Gippsland Sentinel Times sat down with him in the days following Fishy’s third consecutive premiership win to find out, and you can be sure he didn’t mince his words.
“I’m dead against it,” was Jack’s unequivocal stance on the merger. “I can’t see it working. The travelling, for one thing, even to Mirboo North, and that’s the closest. All the other clubs are another 30 or more k’s away.”
“You’ve got to have the supporters to follow on, and this is where the trouble’s going to be. They’ll find it‘s too much. They might go to the first couple of games but I think the supporters will drop off.”
“Fish Creek might be OK, but I worry about Toora, Meeniyan and Tarwin and how it’s going to affect them.”
The preferred option, and one the Alberton League ‘should have put more time into’ according to Jack, would be to find two additional clubs to bolster the league, which is currently a six-team competition with Devon-Welshpool-Won Wron-Woodside (DWWW) in recess for the year. But with no local clubs willing to take up the offer, and Alberton League representatives now seemingly set on following the draft recommendation, Jack wasn’t holding out much hope of his preferred course of action being pursued. Recalling fond memories of his time playing and coaching at Fish Creek, what Jack was hoping was that the merger wouldn’t signal the beginning of the end for footy in South Gippsland’s small country towns.
“I enjoyed myself. I was lucky to be there when Mocca Dunstan was coaching, and the Alberton League was really good in those days. There were some really good players and everything was friendly.”
“The friendships were the main thing. When we used to play Woodside, we hated each other’s guts. But we’d play real hard, then go have a beer together after. All clubs got on pretty well.”
Struggling to pick just one best player, Jack named Barry McGannon, Ronnie aka ‘Herbie’ Standfield and Andy Kerr as stand outs over the years.
“Andy Kerr played in 13 grand finals and won 11. He started playing for Fish Creek the same day I did and he played 230 consecutive games before he retired. Nothing can beat that in the Alberton League. He was a class player.”
It‘s been a “well run” league, said Jack. who made special mention of former president Don Thompson who “couldn‘t do enough” for Jack and Bill Tiballs when they first started up the thirds competition in the sixties when there were “heaps of kids” around and there was “nothing else” to do but play footy.
“The earlier league committee was really good. They used to have a representative of every club on the committee. Nowadays, Lyn Whelan does a terrific job as secretary. I hope we don’t lose her,” he said.
Though he remained sceptical about the merger’s chances of success, Jack stressed that it was the supporters that would ultimately decide whether their local clubs would survive.
“Good luck to them if it does happen [the merger]. But will it last more than one year? I’m doubtful. My main thing is: supporters, are you going to follow your team? It’s the supporters that keep the clubs going. If a club’s not doing well. you can only blame the supporter. Fish Creek, Foster and Toora are the main draw cards. Fish Creek’s always been pretty well populated for a small town, and Foster‘s got a new housing development. but we need to get those people to follow footy.” 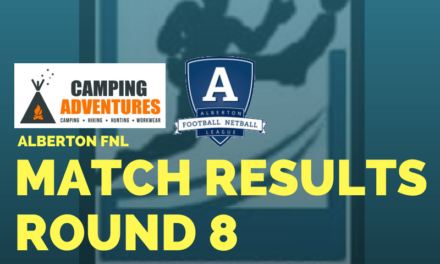