Longwarry midfielder Russell Lehman and Poowong on baller Jack Hazendonk have tied for the Alf Walton medal for the 2018 league senior best and fairest, which was held at the Warragul Downtowner on Monday September 10th 2018. 27 year old Lehman – formerly of Catani – returned to the league this season after a stint at Pakenham and shone with his prolific ball winning ability, poise and exquisite skills with both hand and feet. 23 year old Hazendonk joined the league from Devon Meadows in 2017. He drives hard at the ball and doubled as a dangerous forward kicking 31 goals this season and was a major reason behind Poowong’s revival.

To view a gallery of all winners visit the EDFL Facebook page here https://www.facebook.com/EDFLNEWS/

Elements of the content contained is from an article published by the EDFL website. To view original article in full online visit http://websites.sportstg.com/assoc_page.cgi?client=0-6159-0-0-0&sID=121132&&news_task=DETAIL&articleID=63180283 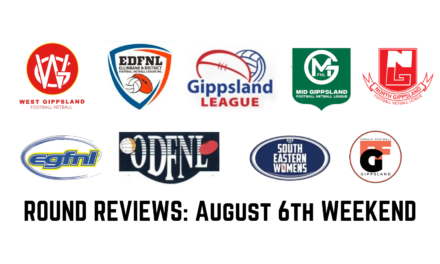