What time is the seniors game scheduled to start?: 2:00pm, Saturday September 8th 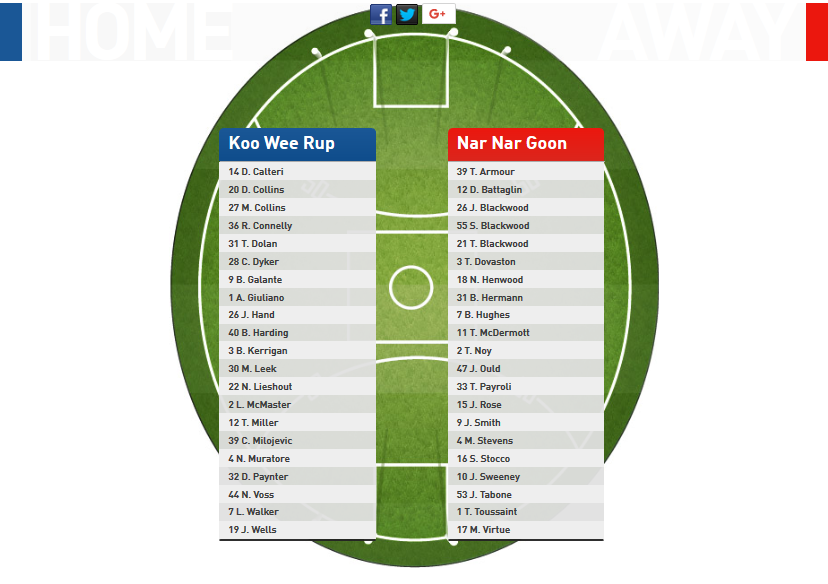 It’ s only fitting that it all comes down to this – the Goon versus the Demons – for a spot in the 2018 grand final. Arguably the two biggest clubs in the competition going head-to-head, this time on neutral territory – and we can’t wait.
The clash has been shifted from Nar Nar Goon to Garfield after the Spencer Street ground failed a WGFNC inspection on Monday, but neither side would be put off by playing on the best surface in the competition instead. The Goon seemingly had the Demons measure and comfortably in their two home and-away clashes, but the Demons bounced back in emphatic style in the first week of the finals at Denhams Road.
“We had a lot of questions going into the game a couple of weeks ago on how they’d structure up, ” said Nar Nar Goon footy manager Chris Jones, looking ahead to this week’s game.
“During the year we played them a couple of times and they were missing the likes of (Daniel) Caiteri, (Ben) Kerrigan and (Dom) Paynter and never had them all in at once and we didn’t even know which end of the ground (Nathan) Lieshout would play.”
“We learnt a lot more about Koowee two weeks ago than they would have learnt from us.”
Jones said the Goon was hell-bent on keeping the momentum from its win over Cora Lynn going this week.
“We’ll put a lot more time into Koo Wee this week, ” he said.
“We won’t allow their prime movers to play on their terms, and we’ll play with plenty of positive ball movement.”
And the Goon isn’t the slightest bit concerned about the change in venue for the game going from Spencer Street, to the vast expanses of Garfield.
“There’s a bit whispered about us that we’re flat-track bullies who play better at home, ” Jones said.
“I’m happy to take that tag this week. We definitely do play better on the wide open spaces with mobility and firepower down forward.”
“The boys are pumped we’re really looking forward to it, and for the first time this year we’ve got a clean bill of health.”
“The season has just been so fantastic with just how even it is at the top. Without underselling Phillip Island – they deserve to be the benchmark the season – really opens up for whoever wins this game on Saturday.”
There’ll be marquee matchups right across the ground on Saturday through the midfield, and in each side’s attacking half. Arguably the biggest match-up to keep an eye on is that between two of the stars of the WGFNC Team of the Year Demon Iason Wells, and Nar Nar Goon’s Daniel Battaglin. There’s no doubt that they will go head-to-head, and from the Goon’s perspective it’s all about limiting the quality of the ball delivered to Wells. Clearly, that starts further up the ground. Nar Nar Goon’s fast-moving, positive ball movement versus the physical pressure and defensive mindset of the Demons this really is a match~up made in heaven.
Earlier this season:
Round 8 at Nar Nar Goon:
Nar Nar Goon 12.13 (85) d Koo Wee Rup 7.7 (49)
Round 17 at Koo Wee Rup:
Nar Nar Goon 17.8 (110) d Koo Wee Rup 11.9 (75)
Qualifying Final at Koo Wee Rup:
Koo Wee Rup 17.11 (113) d Nar Nar Goon 6.10 (46)
Koo Wee Rup players to watch: Dom Paynter, Nathan Voss, Luke Walker.
Nar Nar Goon players to watch: Brendan Hermann, Trent Armour, Jake Smith
Russell Bennett - Pakenham Gazette 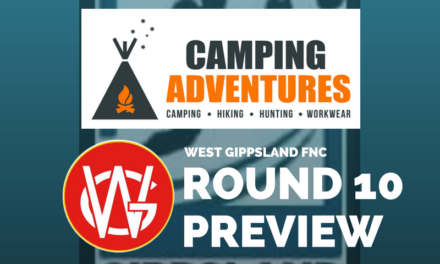