He won by a single vote over Churchill’s Brendan Mason, while Todd Bryant from Woodside finished third with 19 votes in a tight count.

In a nail biting finish, Mason lead with 20 votes in Round 17 while Underwood had 18 votes – needing 3 votes in the final Round to have any chance of winning. Looking back Yarram rated Underwood as their third best player in a big win over the Saints on the day and Mason did not feature in the Cougars best in a heavy loss to TTU.

As a result, Mason failed to get a vote in Round 18, with Underwood received the 3 votes required with the umpires awarding him a BOG performance against Cowwarr.

The NGFNL team of the year was also announced on the same night. Yarram had the best representation with five players named, as well as coach Matt Scholz being named as the TOTY coach. TTU had four players named, while Woodside, Churchill and Sale City had three players named. Rosedale’s Dale Fleming was named captain of the side, with TTU ruckman Billy Morrison named vice-captain. 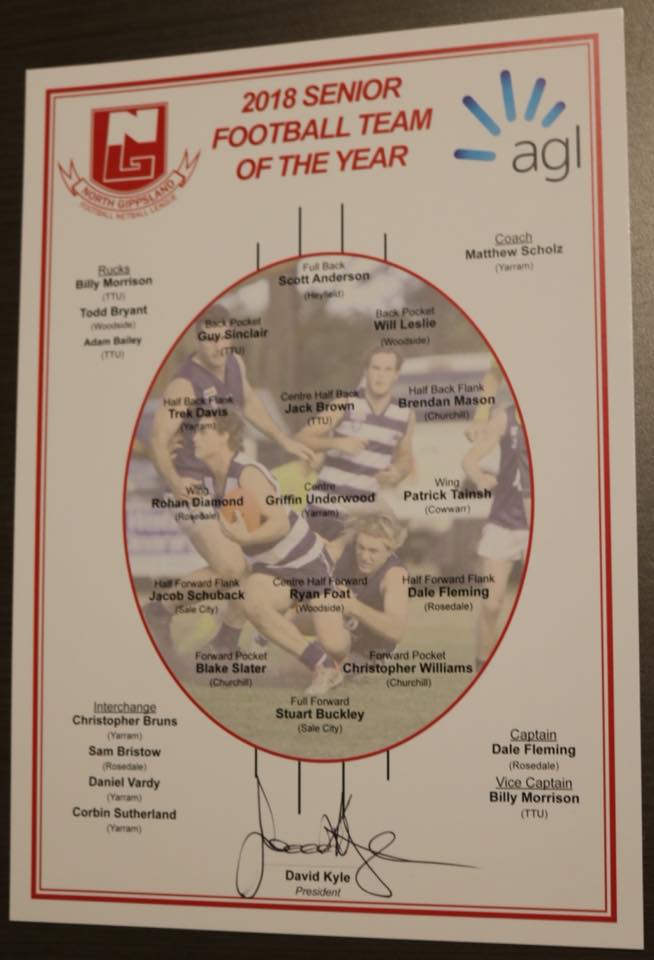 Other winners were also honoured on the night. To view other winners visit the NGFNL Facebook page here https://www.facebook.com/ngfnl/ 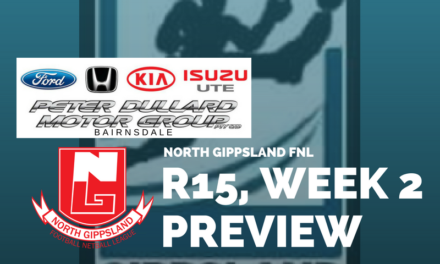 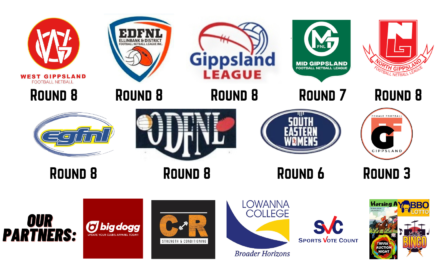