What time is the seniors game scheduled to start?: 2:30pm, Saturday August 25th 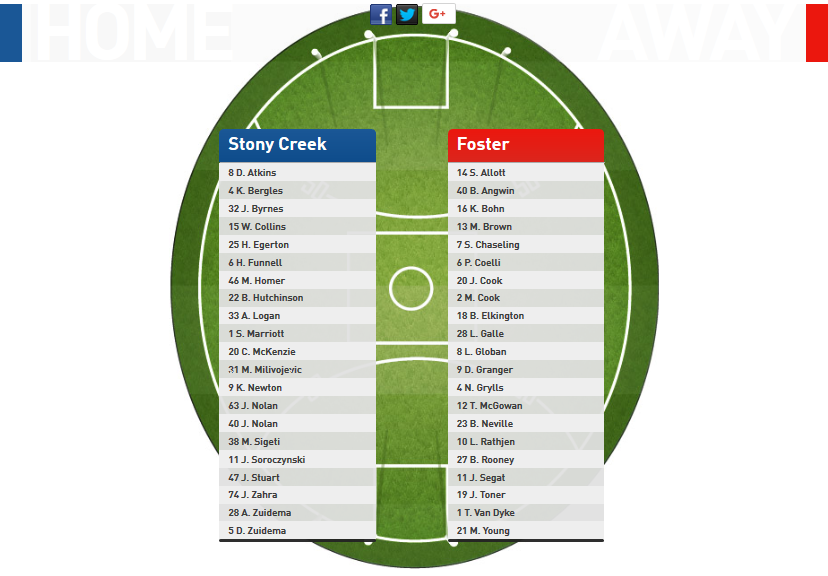 The winner will advance to this year’s Grand Final against perennial Grand Finalists Fish Creek, while the side finding themselves without the winning score will be planning Mad Monday celebrations earlier than hoped.

The Tigers lead 2-1 on the wins ledger in their three encounters with the Lions this year, with their most recent clash in Round 15 clash being the largest margin out of the three. The home side has always been victorious – but neither side will have the home ground advantage on Saturday.

Foster also go into this game with far superior form, winning five of their last six games – their only loss in that block coming against Fish Creek. They will however go into this match without Jack Roper, who broke his fibula in the last quarter of last week’s clash against Toora. They will also be missing Jake Thornell with a broken collarbone/torn shoulder muscle and Michael Green who had surgery on his hand during the week.

Stony Creek’s form has been patchy recently, with two wins from their last six games. Most of those losses have been small margins however. Losses of 6, 4 and 2 points since Round 12 may suggest the Lions are not in as bad form as the win/loss record suggests. Their most recent loss in double figure is from their Round 15 clash against Foster, which the Tigers won by 43 points. The performance of leading goal kicker Kael Bergles could be an important factor as to whether Stony Creek will appear in their first Grand Final since 2010.