A Gippsland League interleague squad of 30 players will be chosen after the completion of round three next weekend.

The side will play Central Murray at Cohuna on May 18.

An initial squad of 50 was named at the start of the season but coach Steve Kidd said injuries and the possibility of some new faces would determine the final squad.

The only players from the initial group to declare they an unavailable due to previously arranged commitments are Moe key forward Spencer White, who has been highly impressive in his two games in the league, and Maffra on-baller Alex Carr.

Likely automatic selections Nate Paredes from Warragul, recovering from a broken leg suffered playing in the Northern Territory late in the summer season, and last year’s best and fairest medallist Tom Marriott, also yet to take the field due to injury, are almost certain to miss.

However, Kidd said support from players, clubs and coaches had been highly positive.

After the 30-man squad is named there will be training sessions at Traralgon on the two Wednesdays before the game.

Plans are that the final group selected will travel by bus on the day before the game for an overnight stay at Bendigo before going on to Cohuna on the morning of the game.

Kidd is being assisted with coaching duties by current coaches in the league Shane Fyfe (Sale) and Tim McGibney (Traralgon) and former Wonthaggi coach Stuart Gilmour. 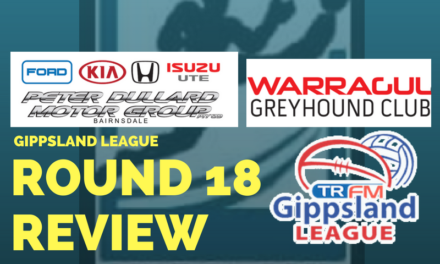