Gippsland Power take on the Northern Knights at Morwell Rec Reserve on Saturday July 30th at 1:00pm. This game will be streamed live on the NAB League app.

After a morning arrival at Hobart last week, Gippsland suffered their first loss of the season at the hands of the Tasmania Devils in a seesawing affair. The Power will be looking to rebound back into the winner’s column this weekend and will have every opportunity to do so against the 12th placed Northern Knights.

Goal kicking midfielder Coby Burgiel returns to the side, which makes them look even more formidable against an opponent that has only managed two wins for the season. Also making his return is captain Bailey Humphrey, who has missed most of the last two months due to a knee injury. 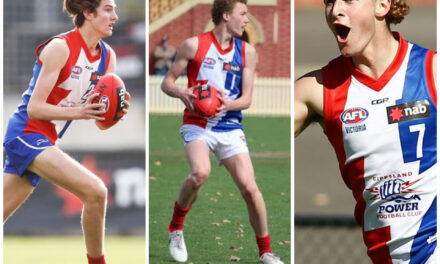