Gippsland emerged as the clear NAB League premiership favourite after slapping down a late challenge from Geelong to win their battle of undefeated teams by 28 points at Shepley Oval on Saturday.

The Power took control late in the first quarter and held sway for the rest of the day, getting out by 22 points midway through the third term before the Falcons booted four goals to one in the space of six minutes either side of the last break to draw within four points.

But just as Geelong looked like running over the top, Gippsland found another gear and kicked the last four goals to retain its unbeaten record and send its rivals tumbling out of the top three.

Match review via NAB League, which can be viewed in full here.

Providing a great balance of offensive and defensive traits on the day, Konstanty was involved through the midfield and forward rotations and had an impact on the proceedings. He laid a whopping 14 tackles which speaks volumes in itself, then hit the scoreboard as well from a free kick and conversion from the goalsquare. He had a big second term getting involved with a number of neat kicks through the middle to open up the ground, then took a strong mark in front at half-forward off some nice verticals, and was able to hit up Reid leading inside 50 off the long kick.

The talented bottom-age rotated between forward and midfield, and had some booming clearances by reading the taps and thumping it long down the ground to the danger zone. Other than the hit and hope to put pressure on the opposition defence, Duursma was generally good by hand or foot, setting up a goal to Jonti Schuback in the third quarter. He had a snap that missed from the boundary line after a strong grab in the first term, but then slotted two goals late in the game. He won a free kick at a stoppage 20m out and made no mistake in the 14th minute of the third quarter, then ran in and kicked an easy goal late in the match to finish with the two goals from 22 touches and six marks in another big game.

Boasting incredibly clean hands for a tall on a wet day, Reid was able to lead out from forward 50 and provide a target, then push up the ground and rotate to be the long option down the line from kickouts. His strong hands allowed his teammates to be confident in his ability to bring the ball down, and he was presenting throughout the match. Early in the first term he took a clean grab but missed to the left, with his two other attempts – from much closer range – being on target. Overall he as an eye-catching tall in the conditions.

The premier ball-winner on the day, Vickery provided some great run down the ground and was able to generally clear the ball from the danger zones to the right spots. His left boot coming off half-back was rarely phased under pressure and he put it to contests at the very least. He took was able to handle the conditions well overhead, finding place and being an option in transition,. Mopping up time and time again in defence, Vickey was one of the keys to victory and definitely one of the Power’s better players.

Another tall with good hands in the wet, Knobel rotated between ruck and forward to finish with two goals and 16 hitouts. He clunked six marks as well, with his aerial ability very impressive throughout the game. He was not as influential once the ball hit the deck, but his tap work – to set up Duursma for the first clearance of the second term as an example – was strong. He kicked both his majors from set shots, the first being a 30m delivery in the opening term, then another one 15 minutes into the last quarter. 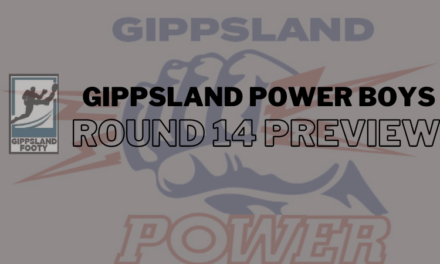 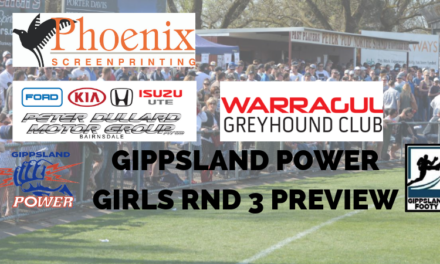