What time is the seniors game scheduled to start?: 2:10pm 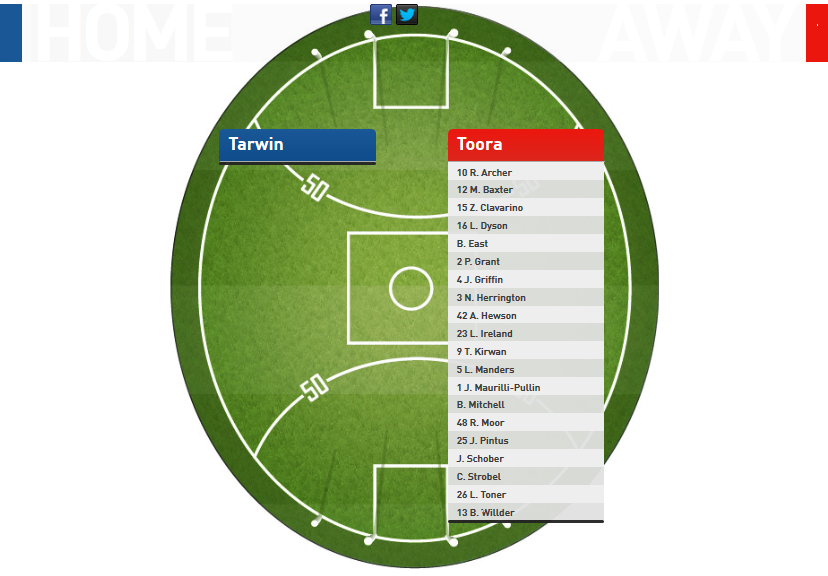 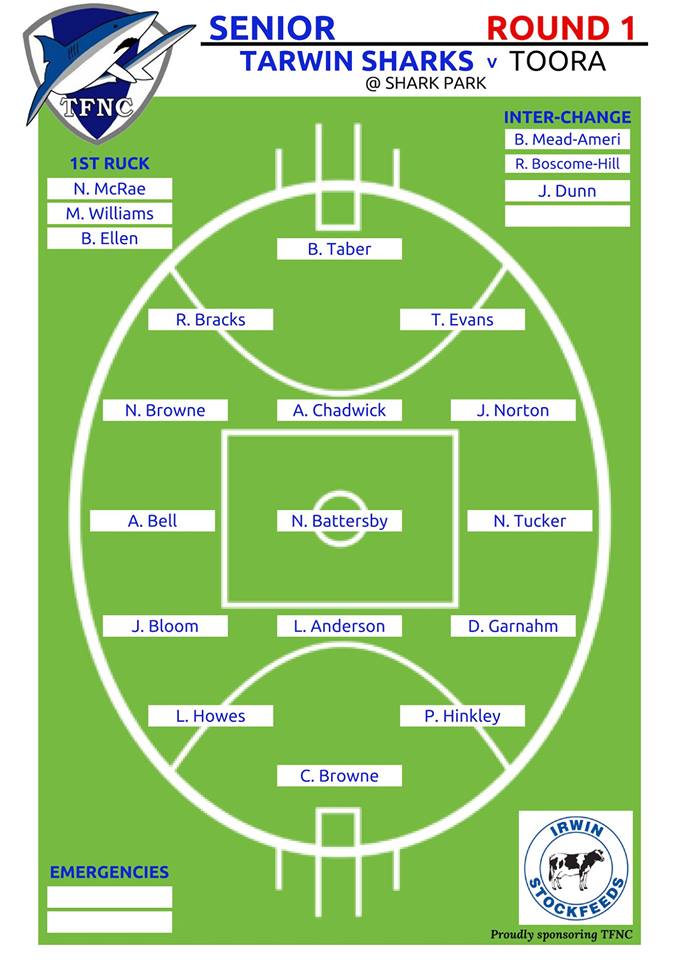 RETURNING coach Mark Garnham says Tarwin is looking to work hard and develop young talent throughout the 2019 season. Recruiting Joel Norton, Tom Evans, Nick Battersby, Dylan Garnham and Jack Dunn, Tarwin will likely field six blokes under the age of 20 in their season opener against Toora. Coming into the April 6 round one clash the Sharks are looking to lead from the top, and Mark who has played in multiple premierships understands that it is Senior sides that determine the success of clubs. “We have worked hard over the pre-sea son, fitness is progressing and I’m excited to announce the leadership group,” says Garnham.

“With Nick McRae captain, Paul Hinkley and Ben Allen both vice captains, a few more of the leadership group will be announced soon.”

“We have a bit ahead of us, with some positive attitudes and hard work I can see us going far this year, ” says the motivated coach. Within the club, groups have embraced community development attending the Summit Camp earlier in the year. A group of roughly 40 adults and kids visited the adventure destination in Trafalgar earlier this month. Boosting relationships between players of all ages on the day, it was a social event that was priceless for club morale.

STRUCK out by Foster in an elimination final last season, the Magpies are gearing up to go all the way in 2019, with a new look senior side creating a buzz around the club. Coach Brett Mitchell returns for his second year at the helm, but you can count on that to be one of the few familiar features of Toora’s senior squad this year. Several experienced players are relocating or retiring, including key midfielder and 2018 club and league Best and Fairest winner Jesse Manton, as well as Jayden Attard, Bennett Osborne, Brett Scarcella, and Richard Jaroszczuk. The club’s expecting to see an injection of youth and speed from new recruits Nathan Herrington, Matthew Baxter, Michael Shaw, Jarrad Schober, and Ryan Archer all premiership players from Chelsea Heights. Ruckman Brandon Scammell also comes in to the side, returning to his home club after a few years at Catani, which included a grand final win in 2017. Rising stars Brady Mitchell and Lachlan Ireland will add excitement to Pies’ forward line, with Mitchell kicking around 30 goals for the seniors in 2018, at just 16 years of age, and Ireland expected to develop further after a big pre-season. The ground at Toora has also had a makeover of sorts, with extensive drainage works taking place over the offseason to make for a drier playing surface. Assistant coach and head of football operations Luke Manders says there’s a great feeling around the club ahead of the season, with high hopes for finals glory. “We’ve traded in a lot of experience for some young and talented footballers with plenty of speed, so we’re going to be a totally different side to what we have been the last two to three years,” he said. “It’s exciting. But every club’s excited and optimistic at this time of year.” The uncertain future of the Alberton League won’t affect Toora’s season, said Manders, with the club determined to stay focused on one thing: playing footy. “I think our club’s got a different mindset to some of the other clubs. “We’re just happy to play footy… against anyone. And the Alberton League is still attracting good players. “So, we’ll just be going into it [the season] as normal.”

Where is it being played?: Terrill Park, Fish Creek

What time is the seniors game scheduled to start?: 2:10pm 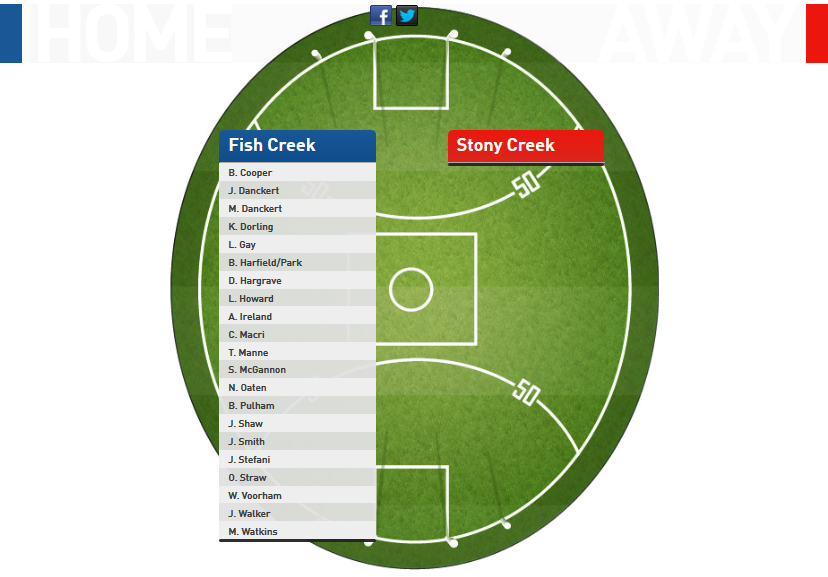 Premiership players Ethan Park (the club’s 2018 Best and Fairest), Gareth Park, Tom Cameron, Harry Hunt, and Jack Hayes are all moving on this year, with just one new name added to the senior list (Michael Danckert, who makes his return to the club after a few years at Chelsea Heights). Speaking to the Sentinel-Times from Melbourne last week, Hoskin said questions over the Alberton League’s future had undoubtedly contributed to the shortage of new signings, but he remained positive about the seniors’ prospects in 2019. “The uncertainty around what’s happening with the league definitely hasn’t helped our recruiting,” he said.

“It’s been a lot harder this year. But whether that’s the only factor or there’s other factors having an impact, we don’t really know. “These things go in cycles. And we’ve had a good period. We’re just trying to get as many numbers as we can. And being light on recruits, we’re relying on the locals this year.” Conceding that 2019 might be considered a ‘development year’ for the club, Hoskin said the advantage of a lack of outsourced talent was that rising stars like Kairon Dorling, Ayden Wilson and Sam McGannon would get their opportunity to step up and show what they’re made of. Hoskin said his gameplan and philosophies on footy and coaching wouldn’t change, but to get Fishy to the top again, he’d be focusing on building up the skills of the young group. “We’ve had some huge losses, there’s no doubt,” said Hoskin.

“But there’s still a good feeling around the club and I’m still really confident we will be competitive.

“We’ve had some good juniors coming through for a while now, and hopefully we’ll be able to turn them into really good players as quickly as possible.”

WITH both senior football teams shaping up well, Stony Creek Lions are keen to do better than their one-point overtime loss to Foster in the preliminary final last year.

With three practice games under their belt, match fitness will be well primed following games against Skye, Nyora and Churchill.

Some strong recruits from around the area include Aiden Paton, Alex Kerr, Brendan Kruse, Seamus Murphy, Ossy Brennan from Boolarra and Tait Saibec – back from injury.

Players to watch are Liam Harrington and Tom Stone, who have both returned to the club. “We are looking for them to add pace and skill around the group,” says their President Mark LePage.

“Our goals are clearly to do better than last year.

Dylan Zuidema is captain of the seniors.

Where is it being played?: Foster Showgrounds

What time is the seniors game scheduled to start?: 5:30pm 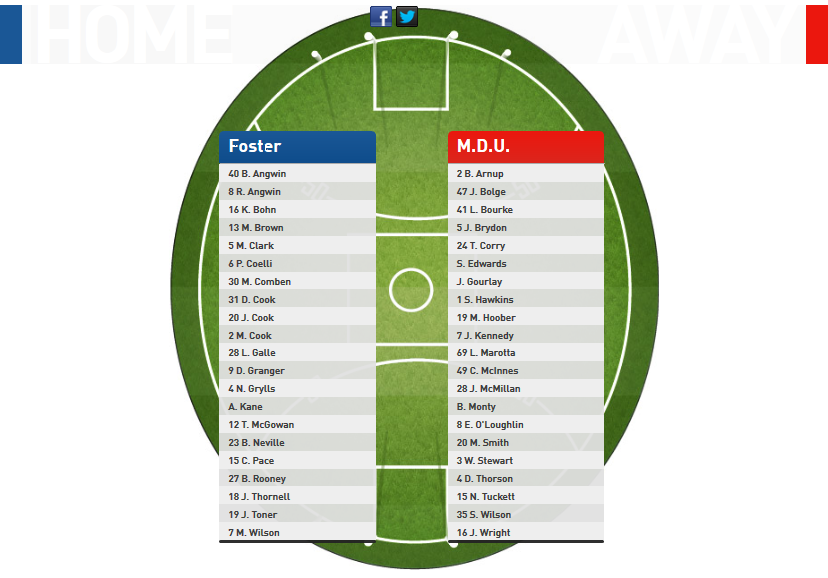 HAVING gone down to Fish Creek in last year’s Alberton League grand final, the Foster Tigers are looking to go one better in 2019, with premiership coach Brad Rooney taking the lead for the second year in a row and a quality bunch of new recruits freshening up the senior list.

Also coming in to the side is onballer and former best and fairest winner Matthew Clark, who returns to Foster after a three-year stint at Edithvale Aspendale.

It’s hoped the speed and resourcefulness of these incomers will fill the gaps left by some significant departures including wingman Troy Van Dyke, who’s transferred to Edithvale Aspendale; and key forward Shaun Chaseling, who’s moved on to East Malvern.

Also expected to have a big impact this season are 2018 best and fairest winner Brendan Neville and 17-year-old Jake Thornell, who’s training efforts over the summer should pay dividends.

Other rising stars coming out of Foster include Ryan Angwin and 2018 premiership player Lachie Rathjen, who’ve both been selected to play for Gippsland Power this year Rathjen in the under 16s and Angwin in the under 18s. With senior numbers the best they’ve been in 20 years, and plenty of depth to draw on with roughly 30 players in line for a round 1 position, coach Rooney is full of optimism ahead of the season’s start, and keen to push and solidify even further the game plan he introduced last year. “Last season was a big step up from the previous when we only won about four games,” he said.

“It was the first year with the new game plan, so this year, we’ll be able to put that a bit more into place and get it closer to 100 per cent. “I’m confident we’ll be able to back up what we did last season and get deep into finals. We just have to start by winning enough games and see where we go from there.” Unlike some other Alberton League coaches, Rooney said it was “a lot easier” to recruit players this year, compared to 2018, and he was unphased by the league’s uncertain future. “I’m not too worried about what anyone else is doing. We’ll just concentrate on what we’re doing and hopefully go one better than last year.”

FINISHING at the bottom of the ladder last season, MDU has its sights set on significant improvement from its senior side in 2019, with a handful of promising recruits coming on board to bolster coach Steve Wright’s plan of attack.

Coming in to the forward line are Stephen Hawkins (AFL Outer East) and Jake McMillan (West Gippsland FNL); while Luke Marotta (Adelaide Footy League) comes in as a half forward/ on baller; and Sam Wilson (Southern Football Netball League) and Tony Butera (Ellinbank and District Football League) join the back line. The club’s pleased to report there has been no significant departures from last year’s se niors line-up, with reigning Best and Fairest Tom Corry returning, along with the majority of his 2018 teammates. Upgrades at the home ground include a new scoreboard, while committee and coaching staff remain largely unchanged. Club President Jason Harris described the feeling at MDU heading into the new season as “upbeat”, despite turmoil within the Alberton League making it “very hard” to recruit new players. “We lacked a few numbers last year so with the new recruits and some good thirds coming through, we’re just hoping to improve as a side overall,” he said. “We’ve got a good feeling about the season. Everything’s very positive on and off the field.”