With the 2018 AFL National Draft due to commence at 7pm on Thursday November 22nd, we have a look at some of the Gippsland players who are expected to be named and those who may sneak in during the later rounds or rookie draft. 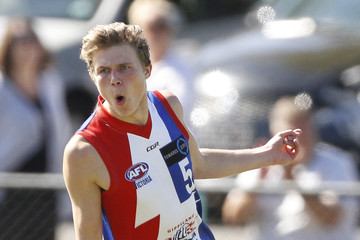 Widely regarded to be drafted either late first round or early second, the Gippsland Power captain recently said on radio he had spoken to all clubs except North Melbourne. Here’s what AFL Draft Central have to say about him:

Xavier Duursma is a rangy utility who has the potential to develop through the midfield, off half back or even as a difficult match up forward. His inside and outside attributes create enough appeal alone, but his aerial capabilities and courage add a dynamic that sets him apart. 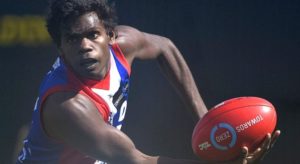 A live wire small forward who has drawn comparisons to idol Cyril Rioli, Mosquito has been nominated by Hawthorn as a indigenous/multicultural academy selection. Assuming no other teams nominate to draft him, he will land at the Hawks with fellow Gippslanders Changkuoth Jiath and Jaryd Roughead. Here is AFL Draft Central’s thoughts on him:

Irving Mosquito is your classic small forward who provides the tricks, goal sense and most importantly the manic defensive pressure that all AFL coaches preach in the modern game. He is still extremely raw and has key improvements to get the most out of himself, but just ticks so many boxes. 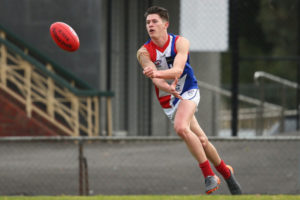 Part of Gippsland Power’s leadership group for 2018, Matthew McGannon had a solid season. Many tip him to be picked up after the beginning of the third round of the draft. Here is AFL Draft Central’s bio on McGannon:

Matt McGannon is a classy, smooth moving defender or midfielder who arguably has the best foot skills available in this year’s draft. Coaches and teammates want the ball in his hands and he rarely lets them down with his execution. He has made that modern day “quarterback” role his own. 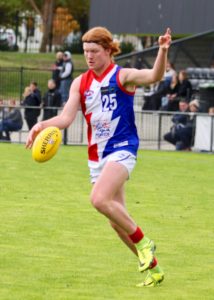 Reid enjoyed a stand out season, receiving All Australian selection from the NAB Under 18 championships and being awarded the Vic Country spirit award. He is widely tipped to be picked up in the later rounds or in the rookie draft. Here is AFL Draft Central’s bio on Reid:

Kyle Reid is your lock down or intercepting key position defender who can be trusted to complete the required task on nearly every occasion. He is a safe selection who possesses attributes that suit the modern game, highlighted by aerial smarts that could even see him develop forward of centre. 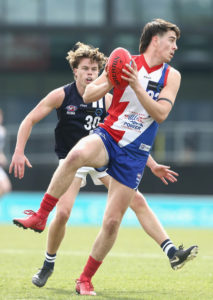 The key forward enjoyed a break out season for the Power, booting over 30 goals for the TAC Cup season. A few phantom drafts have him being drafted to Hawthorn, though could be picked up in the rookie draft. Here is AFL Draft Central’s bio on Gown:

Gown relished a move forward early in the year to finish with a total of 31 goals, including two bags of five. Gown has a presence in the forward 50, with fantastic contested marking and a huge work rate. Gown’s pace and endurance could be worked on, but would simply add to the Gippsland product’s fast-developing game. 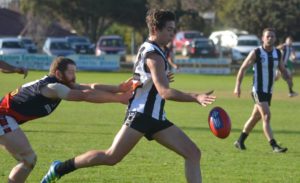 Somewhat forgotten in Gippsland circles, due mainly to the fact that he played for Oakleigh Chargers this season, brother of Josh and son of Andrew is also on AFL club radars. Here is AFL Draft Central’s bio on Dunkley:

Sydney father-son prospect Kyle Dunkley is a hard-at-it midfielder who will hope to
join his brother, Josh in the AFL ranks. The Oakleigh product is a tackling machine,
and can run all day to win his own ball through the midfield. He isn’t a huge accumulator
though, and could work on that area to improve his overall consistency. 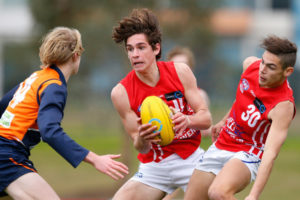 The boy from Buchan played as one of Gippsland Power’s overage players this year and flourished. He would potentially go late in the national draft or rookie draft. Here is AFL Draft Central’s bio on Hodge:

Hodge has enjoyed three consistent seasons of TAC Cup footy, putting forward his case with another year of solid inside work. A dependable midfielder, Hodge has great determination and professionalism, making him an asset both on and off the field. The knock remains his pace and kicking efficiency. 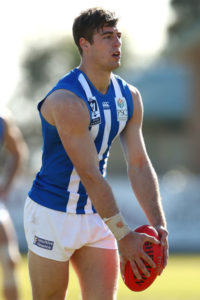 The most likely mature age prospect at state league level that hails from Gippsland. Probably considered an outside chance at best, Holmes enjoyed a consistent season with North Melbourne’s VFL team after crossing over from the Essendon VFL squad. Here is AFL Draft Central’s bio on Holmes:

The former Gippsland Power midfielder crossed to North Melbourne’s inaugural VFL side from Essendon this year, and continued to give his all in every game. A player you know what to expect each and every week – he laid a ridiculous 20 tackles against Casey Demons and never takes a backwards step.

We at Gippsland Footy wish all players well in their efforts to be drafted into the AFL for next season.