What time is the seniors game scheduled to start?: 2:15pm, Saturday August 25th Traralgon Tyers United were unstoppable in their round 18 treatment of Churchill at the weekend and will be looking to replicate their 55-point win in this weekend’s qualifying final.

Bombers coach Michael Duncan said his side would be looking to carry their form into this weekend but admitted the round 18 clash was “not much of a game”.

“We obviously want to come back to repeat the performance,” he said.

“Both teams were resting a few and no-one was really doing a whole lot special with the ball.

“I think we take out of it both teams got through unscathed and both had a look at each other and expect a pretty intense battle this Saturday.”

Duncan said “three or four” players would make a welcome return to the side for the qualifying final.

Adam Bailey was rested at the weekend and will play on Saturday as will key forward Hayden Willaton who had a run in the reserves and kicked three goals in a best-on-ground performance.

Scott Zuehlke and Luke Middleton will also slot back in to bolster the Bombers. 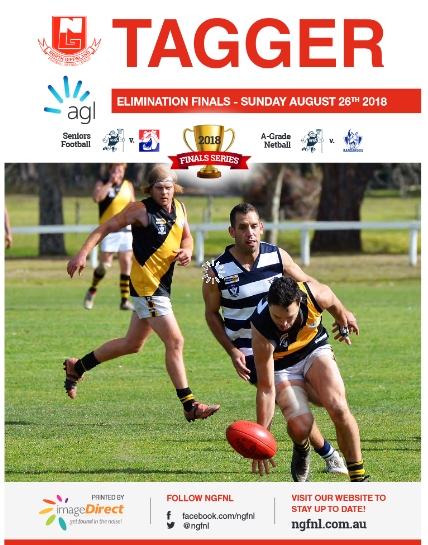 What time is the seniors game scheduled to start?: 2:15pm, Sunday August 26th 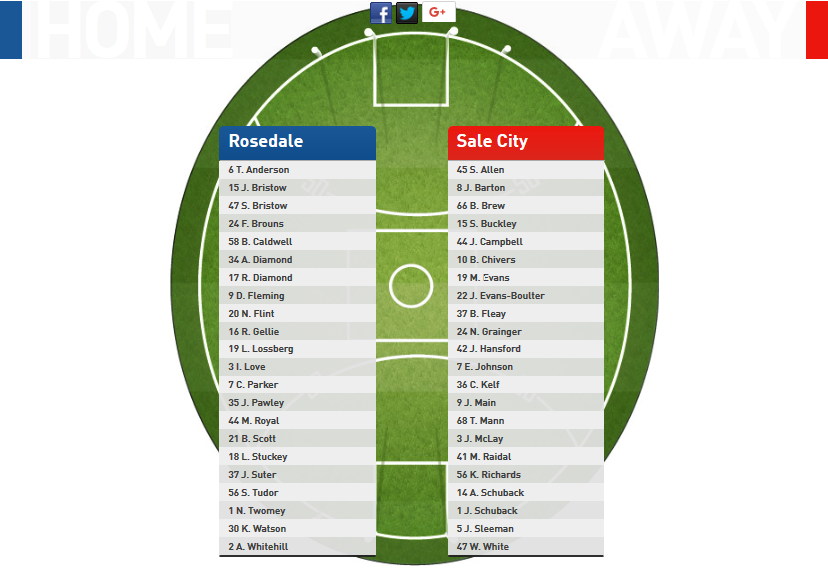 Week one of finals in the North Gippsland League kicks off this weekend with back-to-back replays of two round 18 matches.

Sale City will get another crack at Rosedale after failing to challenge the Blues at the weekend – their 59-point loss a dramatic turnaround from their three-point upset win over Yarram a fortnight earlier.

The winner will move onto the semi-finals while for the loser, it’s lights out.

The round nine encounter was a much closer affair but another Blues win, this time by just 17 points.

Rosedale coach Sam Bristow – while “pleased” with his side’s win over Sale City at the weekend – didn’t read too much into the result ahead of Saturday’s replay.

“Sale City had not much of a bench in the last quarter,” Bristow said.

“They’re still premiers from last year and they’ve still got a very good outfit,” he said.

“As long as we can play the way we want to play, that’s been our position all along and we’ll try not to veer away from that.”

He flagged Sale City’s win over Yarram as an indicator of the level playing field in the North Gippsland league senior competition and said anything could happen in the post-season.

“The competition is so close that if anyone is having an off day they get beaten,” he said.

“I think the finals series is very open.”

Richard Ingrouille went down for the Blues with a leg injury during Saturday’s game but will likely line-up this weekend while Brad Scott will return to the side.