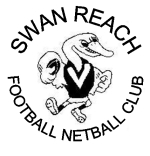 Swan Reach FNC is a great family club and very welcoming to new comers. We are looking to take our teams to the next level.

Remuneration is negotiable to right person for senior football/ netball, all other positions are volunteer.

Please send expressions of interest to srfnc.secretary@gmail.com,  or call Josh Green on 0418 332 196 to find out more info.