Woodside coach Todd Bryant remains optimistic despite a 65-point drubbing in round six.

Cowwarr are set to host Woodside in round seven and despite a lack of wins on the board, Bryant said he was pleased with his side’s effort and competitiveness so far this season.

“We’ve been up and down and that’s been due to a number of key players unavailable due to work or injury,” Bryant said.

“We’ve competed for most of the time, particularly against the top three sides, pretty well.”

Cowwarr will attempt to rectify their sloppy round six efforts after Sale City ran away 124-point victors at the weekend.

The Wildcats will be keen to do the same.

“The loss on the weekend was pretty disappointing but we probably had 12 senior players out which is tough going,” Bryant said.

“I’ve been pretty rapt with some of the new recruits we’ve brought to the club, people like Bailey Tatnell and Frazer Ryan have all been playing some really good football.

“Bailey has been the best for us every week on the wing and Fraser has been our best backman all year.”

Chris Williams is hopeful an injury-free side will position Churchill for a win against Heyfield this weekend after 13-goal win over Woodside in round six.

Williams said the Roos had been consistent this season with a strong outfit, despite sitting seventh with two wins and four losses.

“They are a very tough opposition,” Williams said.

“It sort of doesn’t matter where they sit on the ladder. They always take it up to us so we’re going to have to play our absolute very best to beat them.”

Heyfield go into the game after a demoralising three-point loss to the Blues in round six.

“Through the middle, [Brayden] Woodland always gives us a few headaches, but I reckon they’re well-rounded contributors overall,” Williams said.

The Cougars will rely on the likes of Blake Slater up front who bagged five for Churchill at the weekend, and coach Williams who booted three through the sticks.

Gormandale president Wayne Henry says the wheels were turning on the club which has lacked in on-field performance for the last several years.

Henry said the club had underestimated how long it would take for the playing group to gel but remained optimistic despite their slow start to the season.

The Tigers will take on Glengarry this weekend – with a likely chance to secure their second win – after the Magpies were slammed with an 11-goal loss in round six.

“Injuries have cost the group a little bit. We had eight out of the round two side compared to round one so it’s been hard to get consistency in the side,” Henry said.

“Everything else across the ground has been fantastic – the new recruits have added some new blood and youth to the club which we desperately needed.”

Gormandale sits ninth on the ladder with one win and five losses, almost equal in percentage with Glengarry who sit eighth with the same win-loss rate.

Henry said the club had enjoyed the addition of a number of new committee members in recent months which he described as a “breath of fresh air to the club”.

“The amount of helpers around the club, not just committee members, but the supporters of the club have come out of the woodwork and that’s made my job a lot easier,” he said.

“These people, along with new recruits to the committee, have helped change the direction and culture of this great club.” 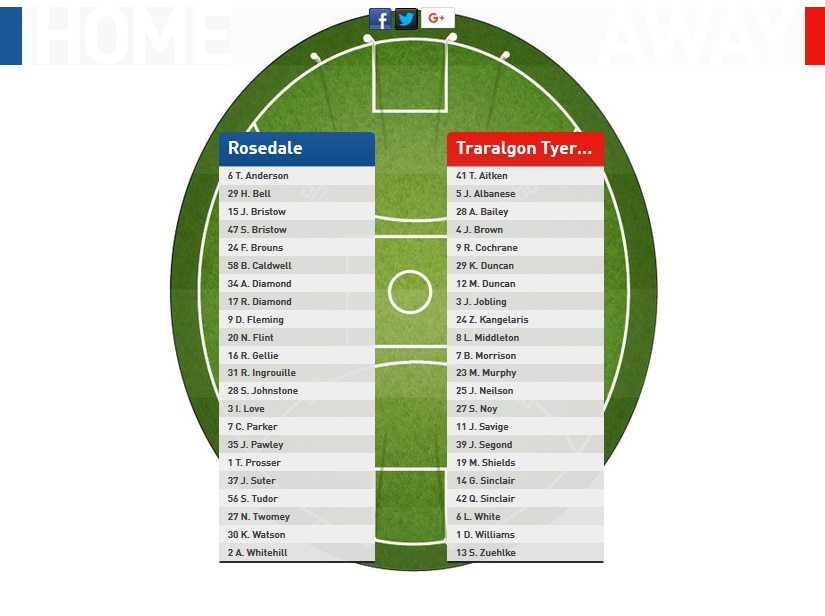 Traralgon Tyers United coach Michael Duncan says if he had a magical wand to put a spell on his side on Saturday “to play better football … I would’ve used it”.

The Bombers sit only a game behind ladder leader Yarram but require a percentage-boosting win if they are to claim top spot this weekend.

Rosedale will host the hungry Bombers following their fourth win against Heyfield in round six by just three points.

Duncan said his side lacked confidence at the weekend but he was optimistic ahead of the round seven clash on Saturday.

“We’ll have to be better than that when we play Rosedale if we are to win. They’ve got one of the better midfields getting around in the league,” Duncan said.

“I’ve been quite pleased with some of our younger players. Our backline has also been very strong but there’s certainly room for improvement across the ground.”

Young gun Jordan Jobling pulled on the boots for the first time in the top competition at the weekend, kicking a goal in a best on ground performance.

“Jordon is probably one of six or seven under 18s kids we’ve got that can easily step in and play footy,” Duncan said.

“He got his opportunity on the weekend and played exceptionally.”

Rosedale’s mix of youth and experience – similar to TTU – could prove to be a challenge for the Bombers’ outfit on Saturday.

The Blues sit fifth with four wins and two losses, compared to the Bombers who sit second with five and one. 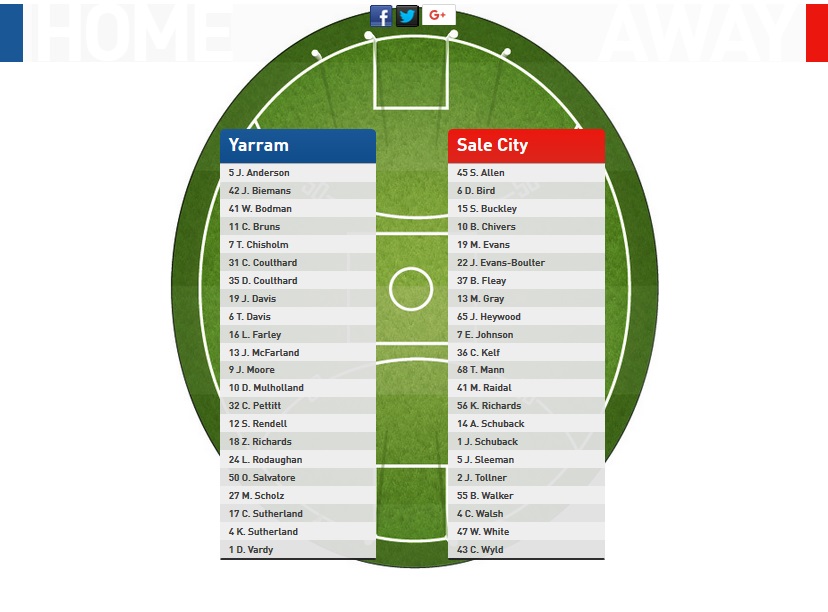 INJURIES to key players are a concern for Yarram ahead of the rematch of last year’s North Gippsland football grand final against Sale City.

The Demons didn’t have any available players on the bench during the weekend’s victory over Glengarry because of injuries to league best-and-fairest Griffin Underwood, Jarryd Swift and Shem Rendell. The Demons had already had to cope with the withdrawal of ruckman Daniel Vardy before the match. NGFNL Round 1 review: Good Friday for Demons and Wildcats | via Gippsland Times |