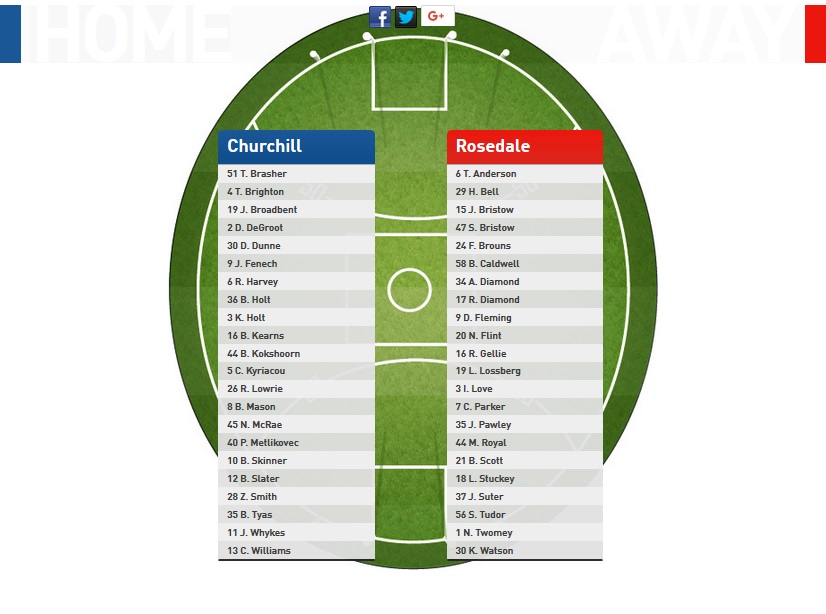 Churchill remains a contender following an eight-goal win against Sale City at the weekend, as the third-placed Cougars aim to flex their muscle over Rosedale this weekend.

The Cougars have recorded three wins and two losses and are better placed compared to its round five opponent in Rosedale, which sits sixth with two and two.

“Obviously Churchill are just such a strong side … they just keep going, they don’t have a lot of personnel changes but they seem to get out there on the park week after week and just get the job done,” Bristow said.

“I think whether or not he kicks goals, Ben Kearns is always really dangerous for Churchill, and then they’ve got Travis Brighton and Chris Williams who are always really strong players.

“So we’ll try and stick to our game plan and hopefully come away with the win.”

Rosedale head into the game after a 31-point win over Gormandale at the weekend which is likely to have their charges in good spirits. 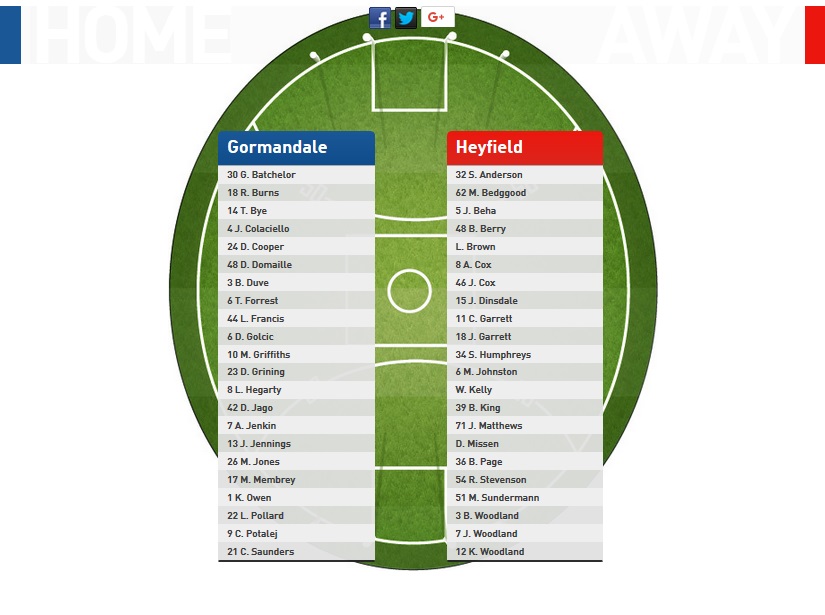 Gormandale still have their eyes set on a respectable home and away season finish, despite winning only one game to date this season.

The Tigers sit seventh with one and three, one spot above Heyfield on percentage.

Both teams head into the round five game coming off wins in round four, with the Tigers losing by 31 points to the Blues while the Blues were knocked off by 32 by ladder leaders’ Yarram.

Selected sides: (Glengarry side unavailable at time of post) 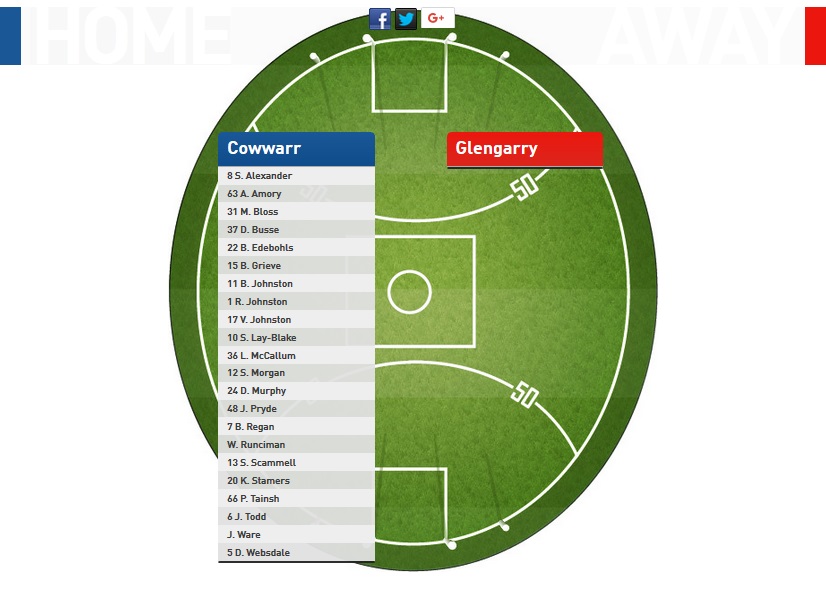 In a round where the league’s two top teams will square off, eyes will also be on the competition’s bottom two teams – Cowwarr and Glengarry – who will attempt to record their first win.

Cowwarr coach Brett McMaster said this weekend would give both teams a prime opportunity to nab a win and turn the tables on a disappointing start to the home and away season.

“We’ve got one or two at the minute which are making it harder for us [due to injury], Kevin Stoddart has a knee problem so hopefully he’ll play,” McMaster said.

“We feel like we play some good footy at times so I guess our focus is to be able to maintain that effort for four quarters.”

Glengarry coach Drew McGrath described the game as a “must win” for the Magpies, after losing to Woodside by five goals at the weekend.

“I’d argue [Woodside] are the best side we’ve played to date,” McGrath said.

“Five guys are back in this week in Lachlan Busk, Gary White, Shaun Falla, Jake Reid and Col Ross. That also made the game tough at the weekend because we were missing five senior players.”

The return of the key senior players will add height to the side to help make it more competitive, “not that we like to make excuses of course,” McGrath said.

Selected sides: (Woodside side unavailable at time of post) 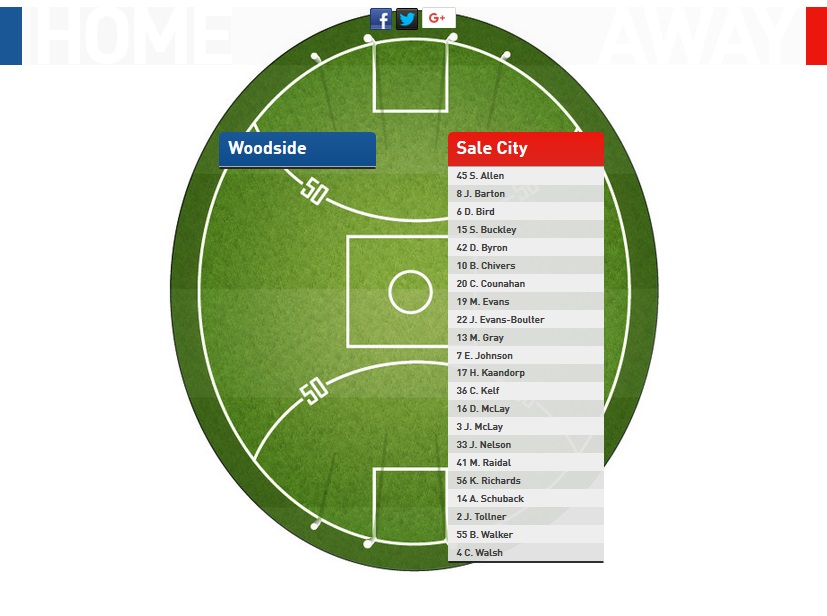 Woodside heads into this weekend’s clash against Sale City in a comfortable position following a five-goal haul over Glengarry at the weekend.

The Wildcats sit fourth on the North Gippsland league ladder, one position above its opponent in Sale City who sit fifth with two wins and two losses.

It was not a weekend the Bulldogs had hoped for, following a 47-point pasting by third-placed Churchill.

Sale City Jacob Schuback said a number of key players – and an injury-free side – could help the Bulldogs secure the win.

“We’ve got a few players coming back but it’s definitely going to be a tough one, particularly given they recruited well in the off-season and kept a few decent players during that time,” Schuback said.

“The focus for us is getting back on the winning board – we played some pretty poor football against Churchill so getting back to game plans and structures will be the key.” 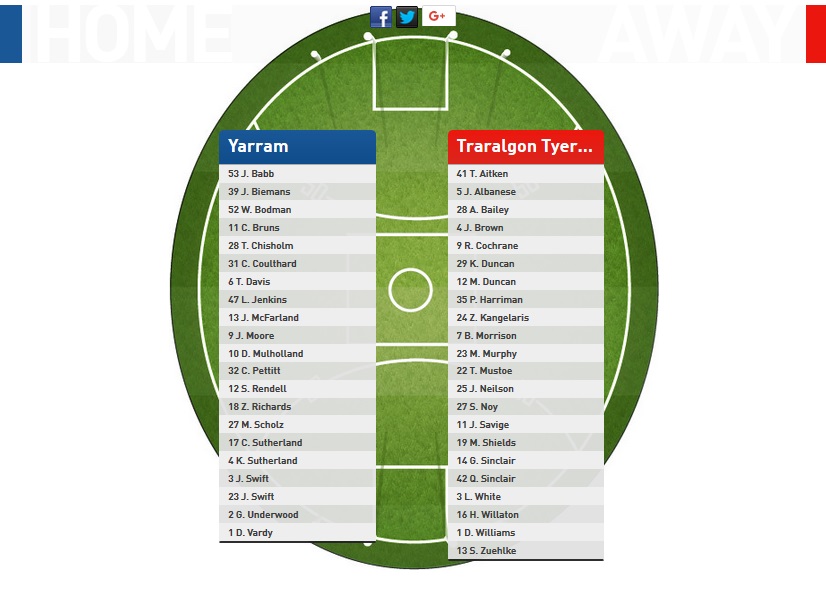 A taste of finals football will be on the cards this weekend as the two undefeated North Gippsland sides in Yarram and Traralgon Tyers United square off in a do or die blockbuster.

Both the Bombers and the Demons head into the round following comfortable wins at the weekend, with Yarram coach Matt Scholz confident his team’s fitness could prove the difference against the Bombers.

“TTU obviously have some big names, they’ve recruited and I’ve played with a few of those boys who have come over from Morwell, so I know what they’re capable of,” Scholz said.

“The likes of Jack Brown – he’s a great Gippsland League footballer, and Simon Noy is also a very good player.

“Adam Bailey has spent the last three years at Yallourn/ Yallourn North and is very good, and then their coach [Michael Duncan] as well, and Tim Aitken up forward. [But] we’re looking pretty fit at the moment.”

A question mark remains over Liam Bentley following an injury in round four but Scholz said he was confident key players in the twos would fill the void.

While TTU coach Michael Duncan remained tight-lipped about his intentions and game plan ahead of the weekend, he said this game could be one of the season’s more challenging matches.

“Yarram are the leaders of the competition by a mile, so we’re just looking forward to the challenge and seeing where we’re at against a quality opposition,” Duncan said.

“We’ve got more than enough [Demons] players that we’ll need to look out for so we’re looking forward to it.” North Gippsland FNL ladder and leading goal kickers after Round 3