TO VIEW THE ROUND 14 TAGGER ONLINE VISIT http://www.ngfnl.com.au/wp-content/uploads/delightful-downloads/2018/07/Tagger-14.pdf 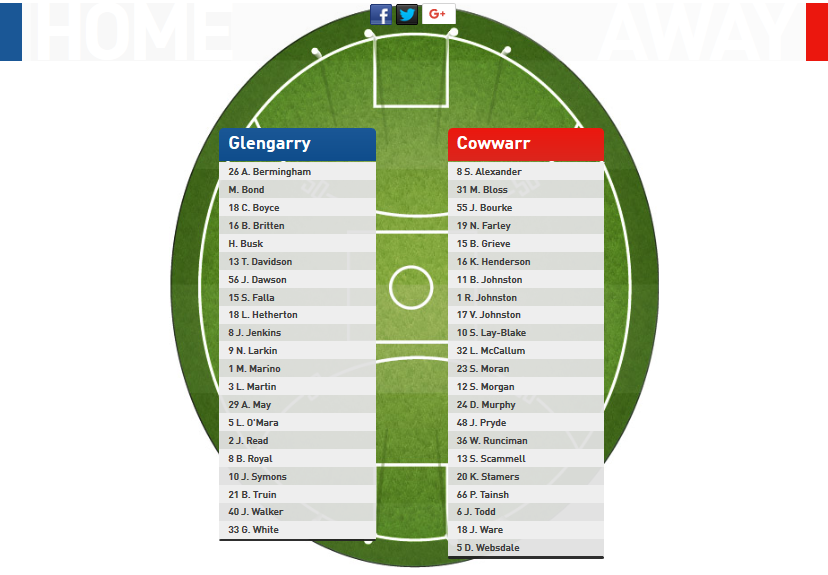 IN a game which could be just as competitive, cellar dweller Cowwarr will head across to Glengarry in a battle of the league’s two bottom teams.

The Saints are yet to win a game this season and this could be the last chance they have to claim at least one win for the season.

Glengarry, who sit ninth, have faced the same predicament after winning only one of their games this season – ironically against Cowwarr in round five by four points.

However, despite the win Magpies coach Drew McGrath said it was one of the “worst games” his team has played all season.

“For my boys, they need to be competitive and to put themselves in the right head space to come away with the win,” McGrath said.

“We’re at the point now where wins are great but the development of our young group is the most important thing and making sure these guys are still enjoying their football.”

Half-back flanker Jake Read will return to the side after breaking a rib earlier in the season while winger Gary White is also expected to return after a week off.

“I’m trying to give these boys something positive to take away from the season,” McGrath said.

“From our starting 18 in round one we have about six of them remaining due to injury and illness so obviously times are tough on that front but you have to keep on moving forward.” 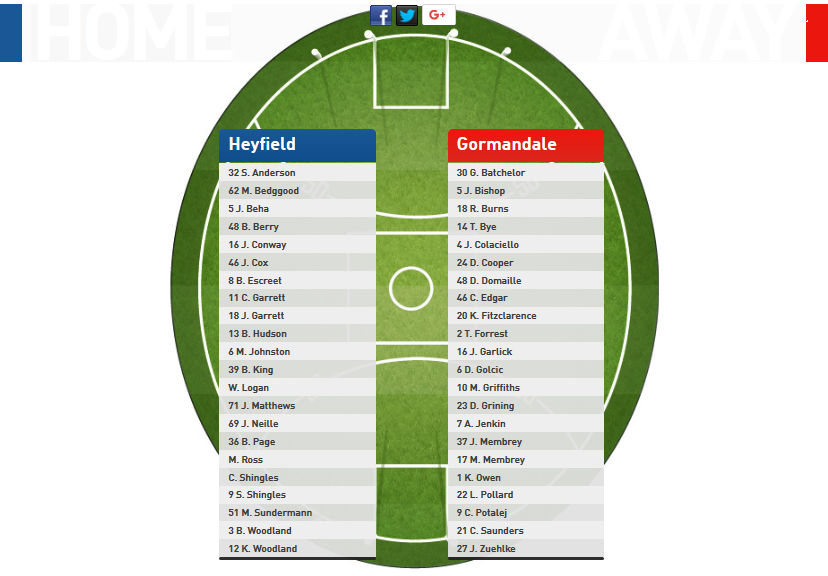 Heyfield will host Gormandale in a seventh plays eighth battle.

Heyfield head into the game following a round 13 win while the Tigers gave Rosedale a scare but couldn’t run out the full game and will be hungry for a win.

The two sides last played each other in May when the Roos claimed a 50-point win. 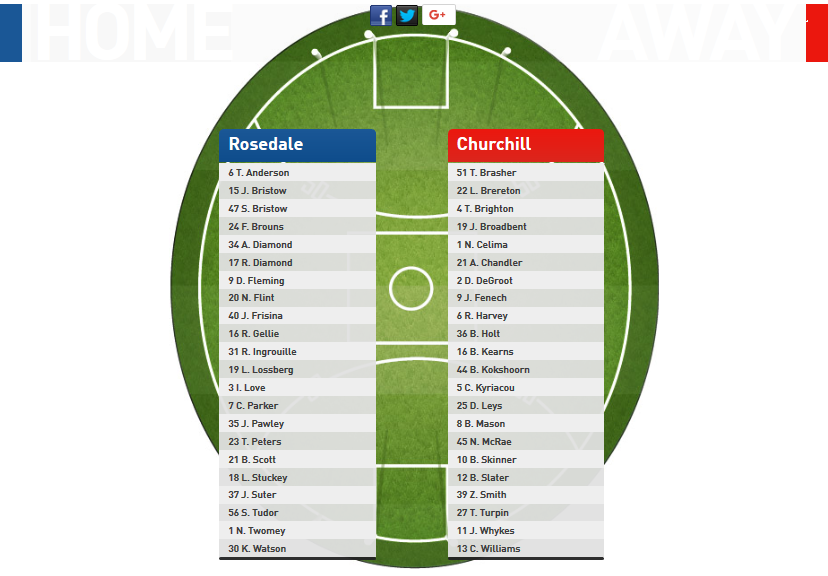 Rosedale coach Sam Bristow hopes a home ground advantage will help the Blues secure a win when they host Churchill on Saturday.

The Blues sit fourth but remain equal on points with fifth-placed Woodside and a loss against the Cougars could potentially mean the loss of a top-five spot.

Churchill, who sit a game above the Blues in third, will be looking to get a decent score on the board early after a two-point loss to Rosedale in round four.

“Churchill are a really good team and if we want to play finals there’s no point just being there – we want to beat a good team,” Bristow said.

“They’ve got a core group that’s been together a long time and they know how they all play and they don’t have one person kicking a lot of goals, they have a really long list of players that can do it.”

The Cougars head into the game after a four-goal win over Sale City at the weekend while the Blues also head into the clash following an impressive win over Gormandale. 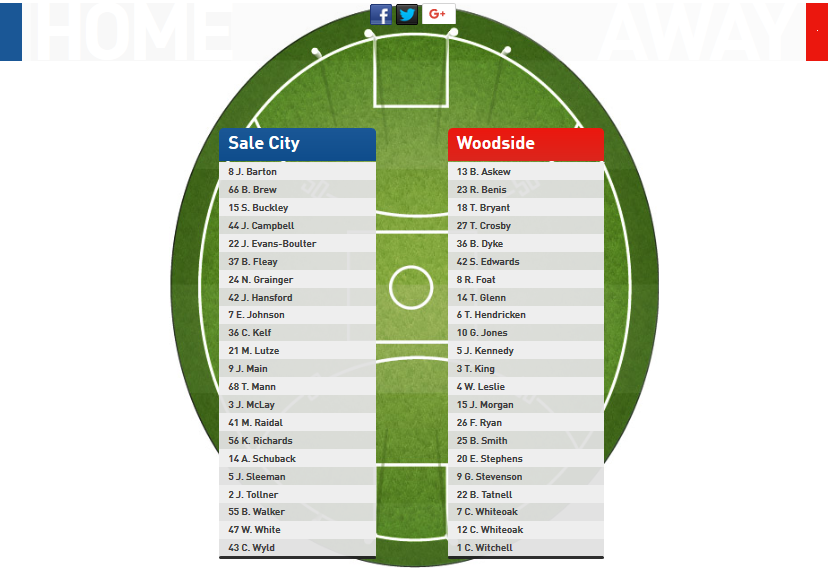 Sale City will return home this weekend after a four-goal loss to Churchill to host Woodside in a sixth plays fifth showdown.

Bulldogs coach Jacob Schuback said it would be one of the last chances Sale City would have to maintain their dream of finals football.

“We’ve had a fair few injuries over the last few weeks so hopefully we’ll have a few of them back this weekend which will strengthen our side,” Schuback said.

“We want to play finals football and if we don’t win this weekend it’s not as if we can’t make finals, we’ll just make it a lot harder on ourselves.”

The Wildcats, on the other hand, head into the game full of confidence after a 93-point win over Glengarry at the weekend.

The last time the sides met was in round five when the Bulldogs claimed the points with a five-point victory. 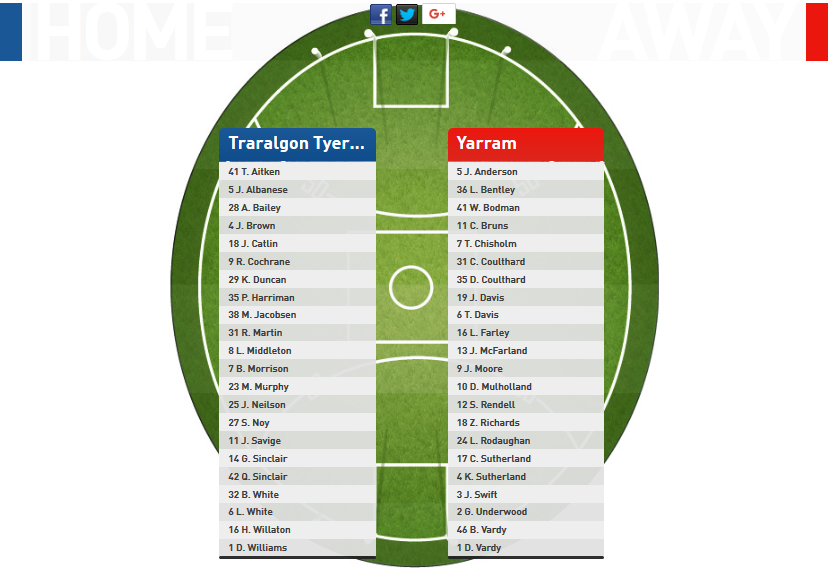 Spectators could get a taste of this year’s North Gippsland senior league grand final this weekend when ladder leaders Yarram travel to Tyers to take on the second-placed Bombers.

The Demons have led the way all season, remaining undefeated in the first 13 rounds of the competition and most recently claiming a 47-point win over Heyfield at the weekend.

Traralgon Tyers United have experienced similar form, losing only two games this season in what has been an impressive year for the Bombers.

Yarram will likely finish the season on top of the senior ladder, particularly given they’re eight points in front of TTU.

Yarram coach Matt Scholz, who is sidelined with an ankle injury, said the game could prove to be the most challenging one yet for the Demons.

“It’ll be real contested footy and if the weather keeps on like it has been then there’s going to be a lot of contested football,” Scholz said.

“Hopefully their ground is in good nick. I went and watched them play Glengarry and it was starting to chop up a bit and if that’s the case it’s going to be a hard contest.”

While Scholz will likely be sidelined for the round 14 blockbuster, he will not be the only one missing from the line up with Jake Anderson (foot) and Louis Rodaughan (leg) expected to miss this weekend.

The Bombers also head into the game on a high after a 73-point win over Cowwarr on Saturday.