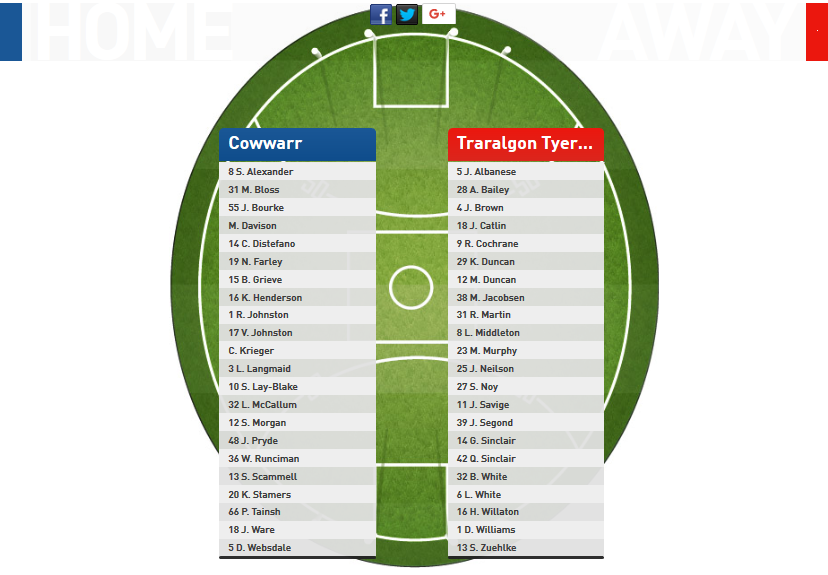 TTU will travel up the road to Cowwarr in a battle between second and 10th.

The Saints are yet to win a game in season 2018 while the Bombers head into the round 13 clash after a low-scoring 25-point win over Woodside.

A home ground advantage for the Saints will unlikely impact the game particularly given the Bombers won by 58 points earlier in the season. 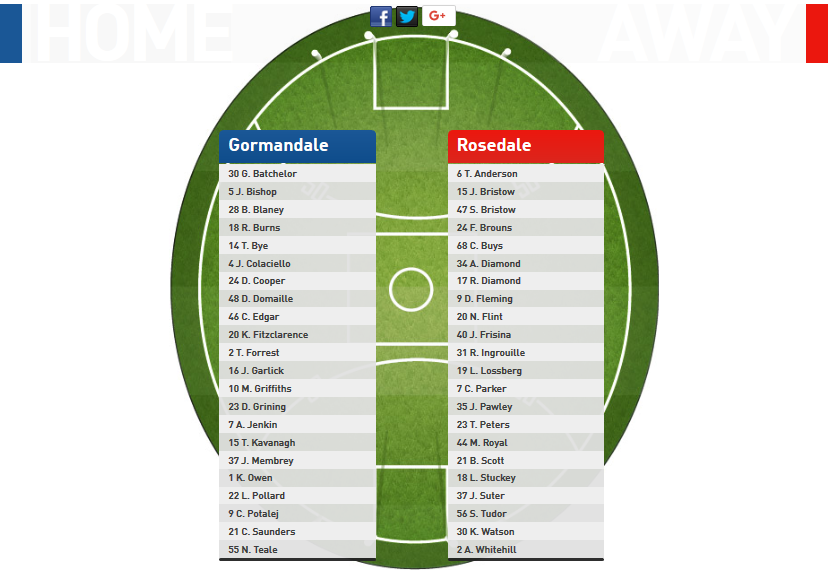 Steve Hazelman has his sights set on a win against Rosedale this weekend despite the Tigers being issued a 86-point hiding at the weekend.

Brayden Duve has been ruled out for the remainder of the season after breaking his wrist last week.

“[Rosedale] are playing really good footy and last time we played them they kicked seven goals before we scored,” Hazelman said.

“So we’ll need to get off to a really good start to give us a chance to be in the game.

“The last couple of games we’ve played some really good footy against Woodside and Yarram but on the weekend it was really disappointing the way we went about things in the wet.”

The home ground advantage could prove a difference for the Tigers after Rosedale missed a shot on goal at the weekend to lose by two-points.

However, if form is anything to go by, the Blues could have the game in the bag after a 31-point win against the Cougars in round four this year.

Where is it being played?: Stephenson’s Park, Sale 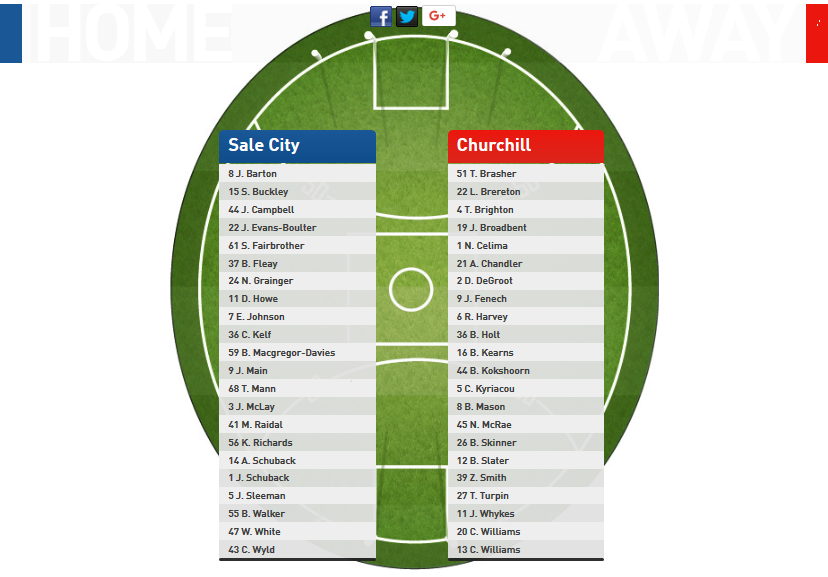 Churchill president Michael Johnson is expecting a good contest from Sale City this weekend after the Cougars destroyed Gormandale in an 86-point thumping at the weekend.

The game coincided with the inaugural Ken Rhodda Memorial Trophy, named after the late Ken Rhodda who died this year but played senior football for both the Tigers and the Cougars.

The Cougars sit third, a spot above the Bulldogs who head into the game following an 80-point win over Glengarry in round 12.

“We’re expecting a pretty good contest out of them. We have no great injuries to our side at the moment so we’re going in with a full list basically,” Johnson said.

In round four when these two teams last met, the Cougars claimed the points with an 87-point win over the Bulldogs. 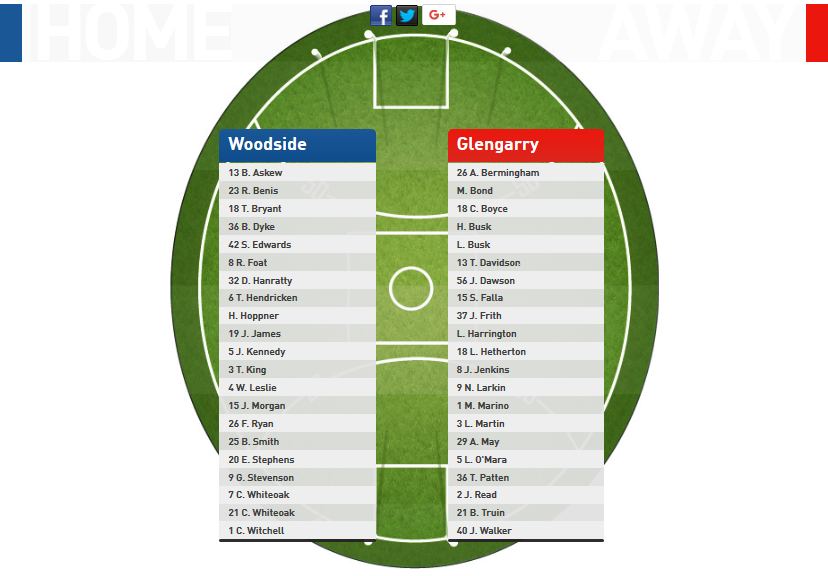 Todd Bryant says Woodside will require a percentage boosting win against Glengarry at the weekend to maintain a top five position.

The Wildcats sit outside the five but equal on points with Sale City and Rosedale who sit fourth and fifth, respectively.

“We really need to have a good win this weekend because when you consider the percentage of the top five teams, they’re well ahead of us,” Bryant said.

“You can’t take any game lightly. With us it should be a winner but you can’t afford to give sides like Glengarry a chance or they’ll be around all day.”

The Wildcats head into the round 13 clash after a lower scoring match against Traralgon Tyers United at the weekend where Woodside lost be 25, kicking only two goals for the game.

The conditions were some of the poorest I’ve played in on that ground and I think we had to get back to basic footy – Traralgon did it better than us,” Bryant said.

“Finals are still in sight for us. We have to beat Sale or Churchill on the run home and that will ensure a finals berth for us but the ball’s in our court now to make sure that happens.”

Tom Crosby is expected to miss this week with a hamstring injury while Bailey Tatnell is recovering from an AC strain in his shoulder.

The last time these two teams met was in round four when the Wildcats claimed a five-goal win. 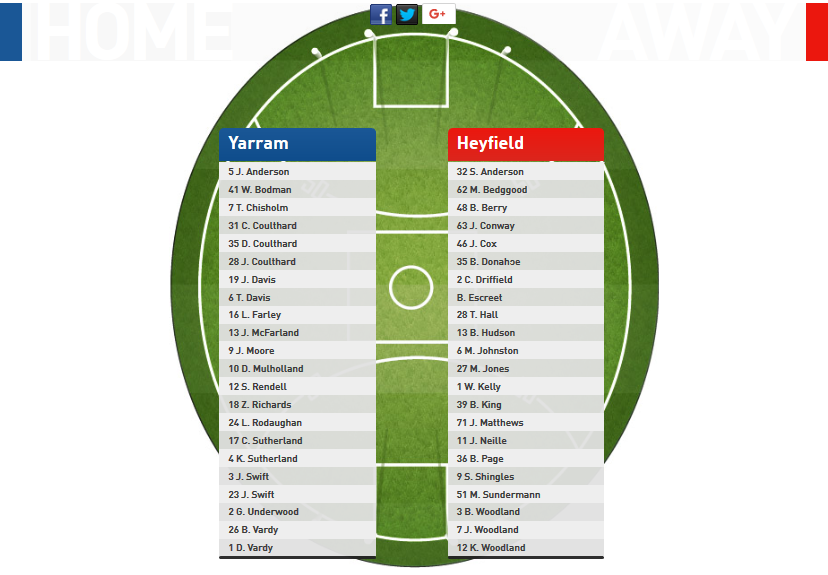 While injury has restricted Yarram coach Matt Scholz from pulling on the boots the last few weeks, he said this weekend’s game against Heyfield is a “must win”.

Scholz was injured during the third quarter against the Wildcats in round eight and required treatment on his ankle.

“Rosedale played a better brand of footy on the day and we just didn’t play to our strengths,” Scholz said despite his team claiming the two-point win.

It was a missed shot on goal in the dying stages of the final term which meant the Demons would keep their undefeated title.

“Heyfield had a good win on the weekend and they played a really defensive brand of football last time we met,” Scholz said.

“I’m interested to see what they do this time but we’ll work on the things we didn’t do too well on at the weekend.

“We weren’t watching our men and kept getting sucked up to the contest so we’ll be aiming to address that this week.”

Chris Bruns is expected to return after a two-week break due to a back injury and the Demons expect to have a full list to select from.