Selected sides: (Rosedale side unavailable at time of post) 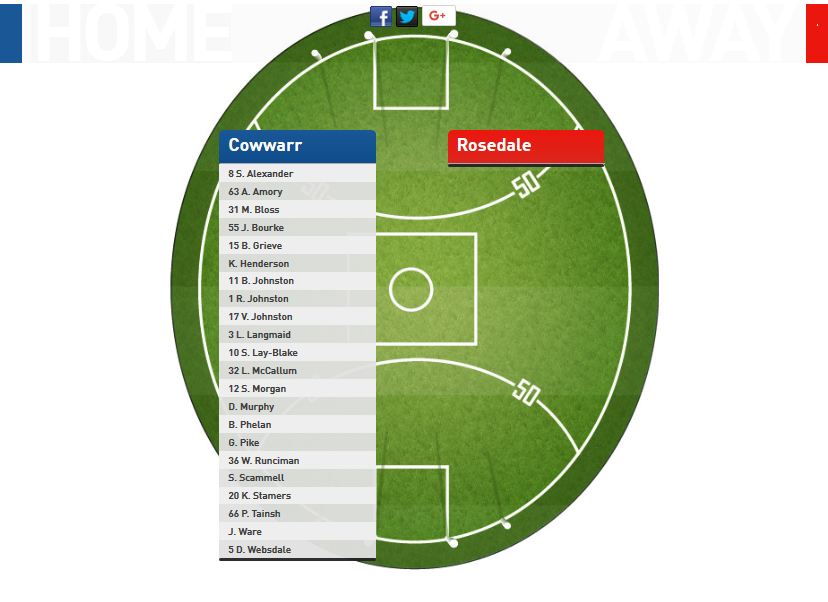 Sam Bristow admits Saturday’s game against 10th-placed Cowwarr may not be a walk in the park as some would expect.

The Rosedale coach said the Saints have been putting up a tough fight in recent weeks, but was ready to give it a “red hot crack” nonetheless.

“I’ll be expecting a tough contest from them, that’s for sure,” Bristow said.

“We need to stick to our game plan and that’s to try and win the contests around the ground.

“We’ve been doing that well in patches but overall it needs to lift.”

The Saints sit last and are yet to win a game this season, compared to Rosedale who sit fifth but lost to Woodside by two points at the weekend.

When these two teams last met in round two, Rosedale won by 46 points.

Cowwarr coach Brett McMaster said he was aiming for a more competitive performance for the second half of the season.

“We’re not just going to measure success based on wins and losses, we just need to measure our success on the progress we’re making,” McMaster said.

“We’re setting ourselves up to fail if we just look purely at the wins and losses, we need to make gradual progress.” 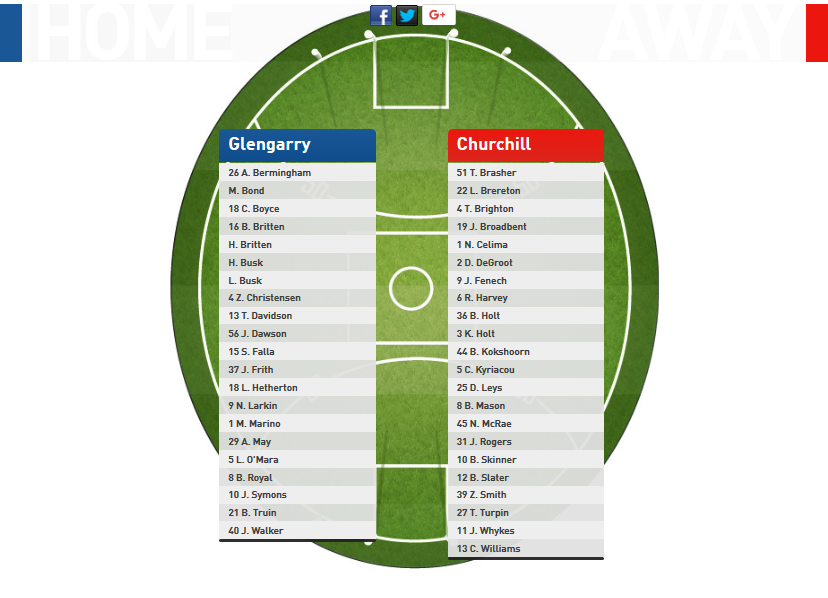 The Cougars will travel to Glengarry this weekend and have their seventh win in sight.

“We expect to have a couple back from injury after the bye including Brendan Holt (muscle) and Ryan Lowrie (broken hand) and they should be two big inclusions,” Johnson said.

“We’ve been a bit stiff and fallen short in a couple of the big games against TTU and Yarram and I guess we’re in that log jam in third spot.

“We need to keep winning to keep that double chance alive at the end of the season, that’s very important.”

Johnson said ground conditions at Gaskin Park were sensational for this time of year.

“The ground is in sensational condition compared to what it would normally look like heading into winter,” he said. 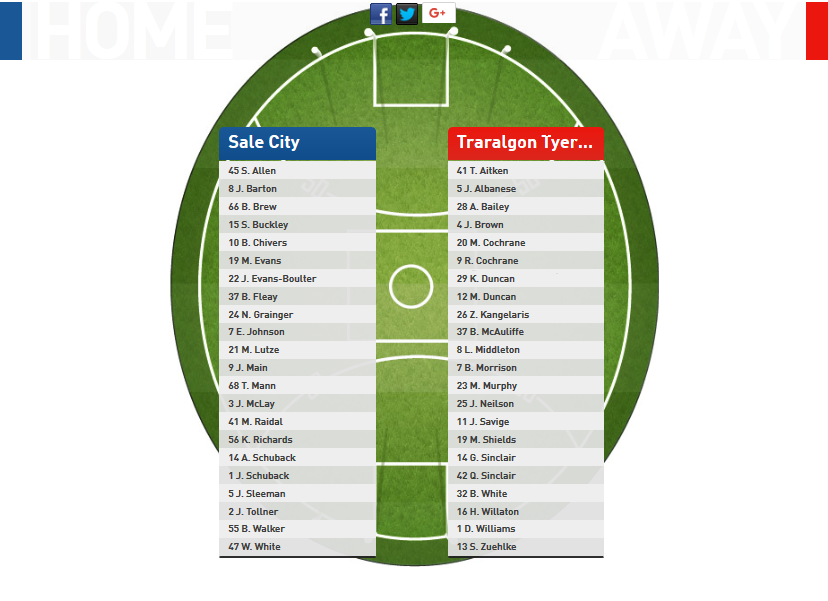 One point separated Traralgon Tyers United and Sale City when they played earlier this year, as the Bombers recorded their second win for the season.

All eyes will be on the pair as they head to Traralgon for the second-versus-fourth showdown in what could be one of the most exciting games of the season.

The win-loss record for both teams compare relatively well, with the Bombers winning eight of their 10 games, compared to the Bulldogs who have won six.

Both teams also head into the game in good form with round 10 wins, particularly TTU who romped home to a 139-point victory over Glengarry in Sunday’s Pride Cup.

Traralgon Tyers United coach Michael Duncan said despite the good form, it would be a challenge to conquer last year’s premiership side.

“We’re hoping that we can continue the good form that we’ve been in the last few weeks and put up a strong performance,” Duncan said.

Midfielder Simon Noy will return to the side after being unavailable last week due to work commitments and is expected to provide plenty of power across the ground.

However, the Bombers will have one less day to recover after competing in the Gippsland Pride Cup on Sunday, compared to Sale City who played Heyfield a day earlier.

Woodside must win this weekend’s game against Heyfield if they are to maintain a potential top five finish.

The Wildcats sit outside the five in sixth but are equal on points with fifth placed Sale City and Churchill who sit third.

“If we win this we’ll move into the top five and that’s why it’s so important I suppose, so we need to be ready and prepared,” Woodside coach Todd Bryant said.

“We’ve really worked hard on our contested ball in the last few weeks and that’s something that probably really dictates how we play.

“Generally if we win our contested ball we can get our attacking and running style of play going I suppose.”

Woodside walked away winners the last time these two teams met, claiming a 42-point win over the Roos in round two.

“We should have Bailey Tatnell back this week from a shoulder injury but other than we’ve got a full list to choose from,” Bryant said.

“A few things might need to go our way but there’s probably three or four teams competing for that top spot and we’re just going to have to ensure we keep winning games to keep a spot in the top five.”

The Wildcats head into the game after a two-point win over Rosedale while Heyfield experienced a 10-goal loss to the Bulldogs.

Selected sides: (Gormandale side unavailable at time of post) 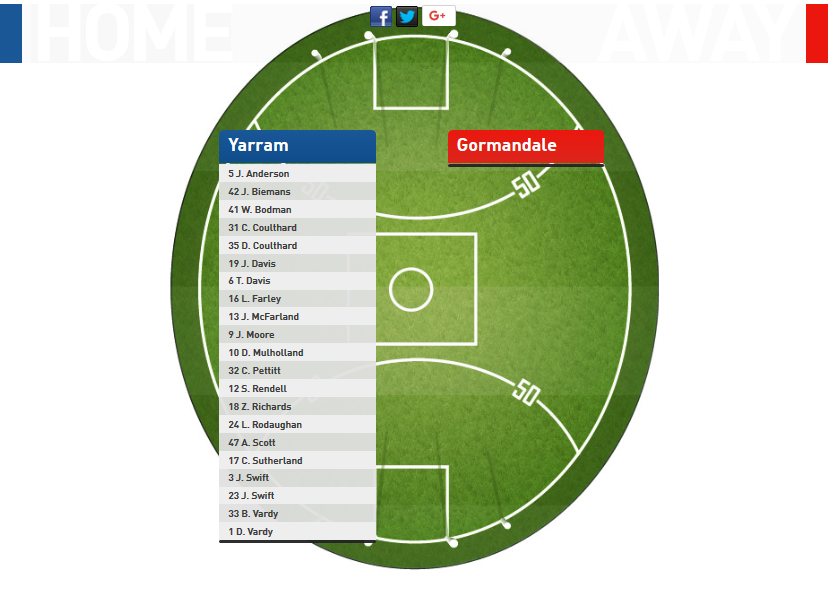 Joey Colaciello will pull on the boots for Gormandale this weekend after injuring his hamstring earlier in the season.

The midfielder has played only a handful of games after the injury sidelined him.

“We were very cautious and erred on the side of caution; he’s been given the OK from the physio but he just needs a good week of full training before he’s allowed back on,” Gormandale coach Steve Hazelman said.

Gormandale will hit the road to Yarram in an eighth-versus-first battle after the Tigers pulled off their third win of the season against Cowwarr on Saturday.

“The win has helped build our confidence and continue to grow together as a group,” Hazelman said.

If prior form is anything to go by it could be a tough ask for Gormandale, who lost to Yarram in round two by 167 points.

“We felt like we were in the game up until half-time when we played Yarram last time so it’ll be all about playing four consistent quarters,” Hazelman said.

“Last time we played them they had a full squad to choose from and it looks as if they’ve had a few personnel changes with the likes of both the Swift brothers, Griffin Underwood and a few more who haven’t played the last few weeks.”

Yarram coach Matt Scholz said while being confident “you can never think too far ahead”.

“They’ve pushed a few sides as of late and they won on the weekend so they’ve challenged Woodside and Sale City and TTU so you can never lock any game in North Gippsland,” he said.

“We need to just keeping playing the way we play and play some good contested football and use our skills well.”

Scholz will not play this weekend after a high ankle sprain left him sidelined.

He is expected to return before the end of the season.