Here are the five games in Round 2 of the North Gippsland FNL. 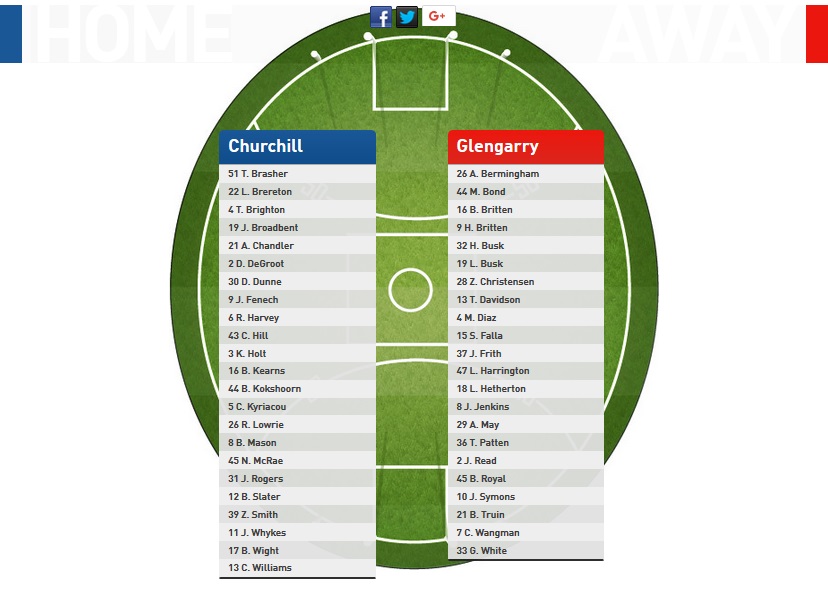 Churchill and Glengarry will both be in search of maiden victories in the North Gippsland League this weekend when they do battle at Gaskin Park on Saturday from 2pm.

The Cougars were on the receiving end of a 52-point drubbing at the hands of Yarram in the first half of the split round on Good Friday and struggled to contain the rampant Demons forwards.

Glengarry suffered a similar fate and could only manage five goals in a low-scoring, 24-point loss to TTU.

Travis Patten was a standout contributor for the Magpies with three goals in an otherwise underwhelming performance and were lucky to stand within 12 at half-time after some misfired shots on goal from the Bombers.

Churchill will carry some confidence into this weekend’s game after its last hit out against Glengarry in round 10 last year resulted in a 69-point win.

Ben Kearns kicked six for the Cougars in the landslide victory and will be a source of concern for Glengarry again ahead of Saturday. 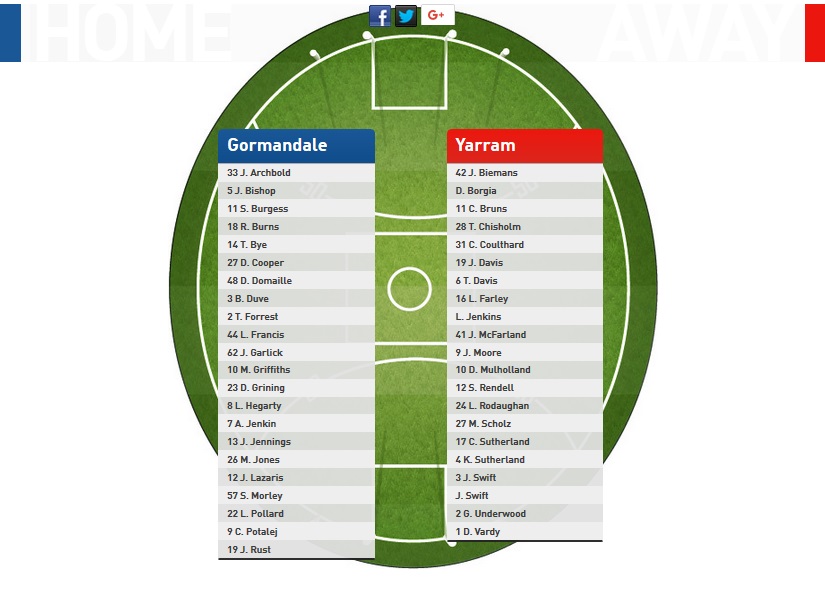 After more than 700 days without a seniors win in the North Gippsland League, Gormandale broke the hoodoo in round one with victory over Cowwarr.

This weekend, the Tigers will face Yarram in round two with momentum and belief on their side.

Gormandale’s drought-breaking 56-point win was backed by victory in the reserves and coach Steve Hazelman was buoyed but realistic ahead of Saturday’s encounter with the Demons.

“We’ve recruited quite a few players, so we were hopeful,” Hazelman said.

“Last year we played some games where we weren’t competitive at all, so hopefully we can go and be competitive this year.”

Yarram has forward firepower to burn with the likes of Jarryd Swift and Griffin Underwood in ominous form after their side’s 52-point demolition of Churchill.

Hazelman said the Demons were “the benchmark of the competition”.

“I watched them play last week and they’re a really classy outfit,” he said.

“Hopefully we can back it up this weekend. But we haven’t won too many games so we’re not getting too excited.”

Joseph Colaciello will miss for Gormandale this weekend after sustaining a hamstring injury in round one. Heyfield will play host to Woodside this weekend when the sides meet in round two action at Heyfield-Gordon Street Reserve on Saturday from 2pm.

The Kangaroos were outrun and outclassed by defending premiers Sale City in round one.

Heyfield found themselves within a point at the first break but it was tough going thereafter as the margin steadily ballooned to stand at 52 points at the final siren.

Woodside hosted Rosedale on Good Friday in round one and had the edge at the final siren by six points but were outplayed for the bulk of the day.

The Blues wasted shots on goal and could only manage four majors from a huge 24 scoring shots.

Heyfield led by eight points heading into the final term when the sides met in round 17 last season, but Woodside kicked away through Cameron and Corey Whiteoak, who kicked three and two goals respectively, to hand their side a four-point win. 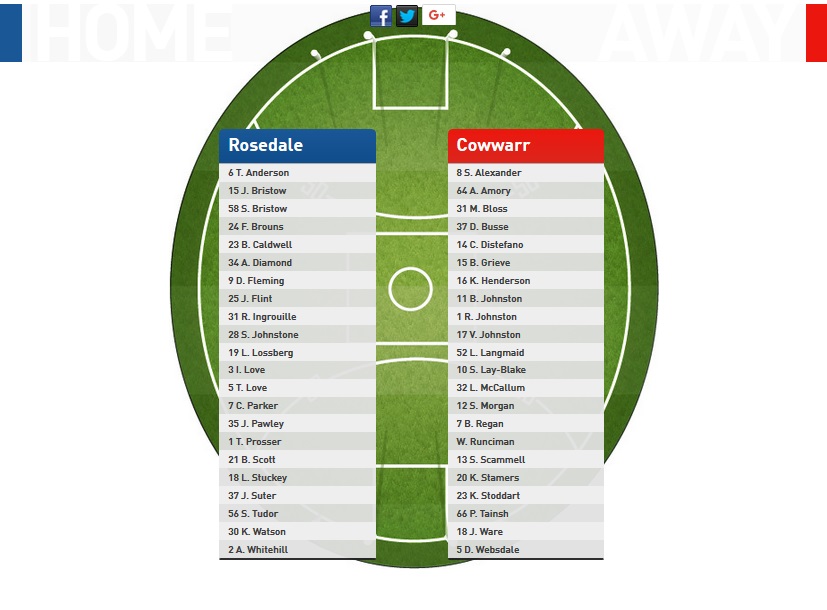 Rosedale will be hell bent on atoning for a disappointing round one effort when they meet Cowwarr on Saturday at Rosedale Recreation Reserve from 2pm.

The Blues went down by six points but had the vast majority of play and 24 scoring shots but converted just four majors.

Cowwarr was on the wrong side of record breaking result in round one after Gormandale won through for their first seniors victory in 707 days.

Scoreboard pressure was in short supply for the Saints with just two players, Braden Johnston and Linden Brunt, goaling.

Both of last season’s matches between the two sides were neck and neck, with the round two fixture going Cowwarr’s way by eight points and the round 11 win went to Rosedale by 11 points. Traralgon Tyers United will be looking to forget their last meeting with Sale City when they host the defending premiers at Tyers Recreation Reserve from 2pm.

Sale City kicked 16 goals in the 91-point drubbing and held TTU to a single goal to three quarter time, but let them off the hook in the last term to score another two.

Bohdi Walker and Matt Ferguson combined to kick 10 goals for the Bulldogs in the landslide win but will be without the latter this weekend after he fled to Glen Waverley in the Eastern Football League.

Both sides come into the round two fixture off the back of wins.

Sale City made away with Heyfield to open their season account with a 52-point win while TTU held off Glengarry on the road to sail to a four-goal win.

New recruits were in full flight for the Bombers’ in round one, with debutants Jack Brown, Simon Noy and Quinn Sinclair all make themselves at home in the red and black. 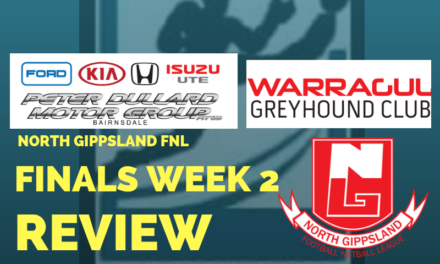 North Gippsland FNL ladder and leading goal kickers after Round 18