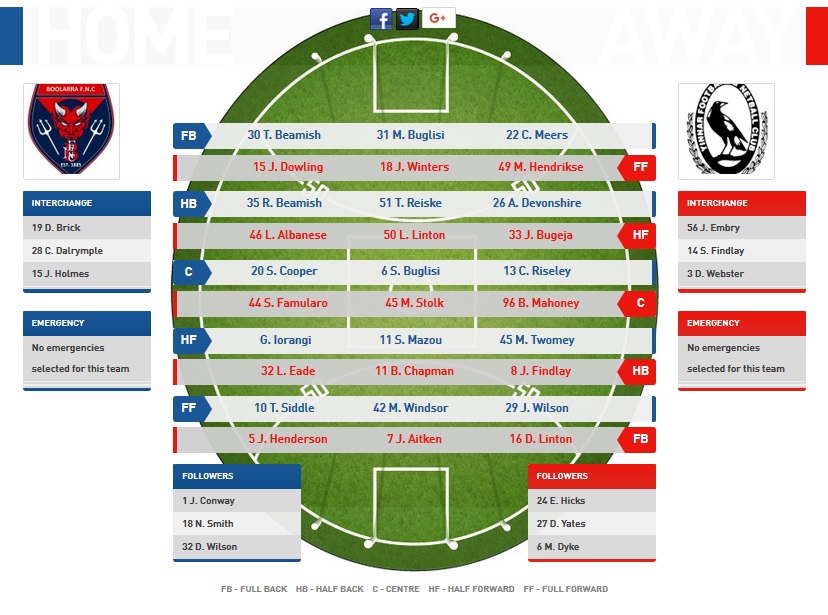 There is always a story that sits behind the battler, that is every bit as good as those taking the accolades for victory.

Boolarra, work every bit as hard as any other club, their coach and their community have not faltered one centimetre, despite being hammered from pillar to post for all of this year, all of last year and most of the season before that.

Still they keep fronting up, still they come to train, to improve, to be with their mates.

There are no celebrations at games end, at this stage there appears that any celebration of victory might well be quite a while away, but what should be celebrated indeed respected by the competition, is for every player and every person associated with the Demons, that gets up, dusts themselves off and steps forward again.

The time will come, and all the heartache, the losses and frustrations will be forgotten, if only for a week.

I fear it won’t be this week however, even at home. 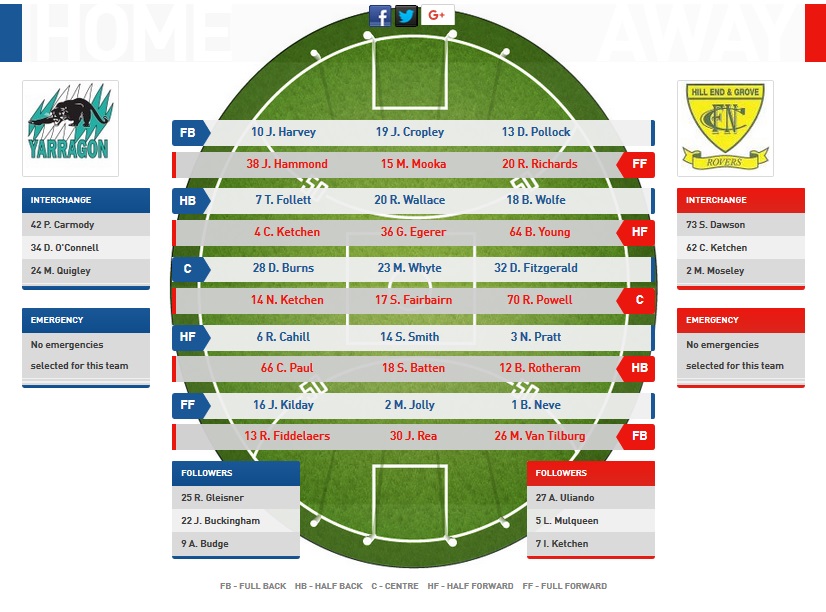 It was months of hard work, but all worth it, when Yarragon notched their second win of the season last week, upsetting their more fancied rivals in Morwell East.

The Panthers had been promising to grab some points for a month, with strong performances against better opposition like Trafalgar and Yinnar, an indication that a win was on its way.

Now with two wins on the board for the season, Yarragon find themselves in the very real position of making it two in a row, with dreams of clawing their way into the five still alive.

Hill End have been battling courageously in recent weeks, injuries an issue that the Rovers are most unlikely to overcome.

Yarragon remain just a key forward or two short of lifting themselves to the next level, or they can take just that split second extra before blazing away into their forward fifty, either one of those options will help their cause immensely.

There is no question that Hill End will front up with hopes of winning this one even with a few soldiers down and the odds stacked against them, but stranger things have happened! 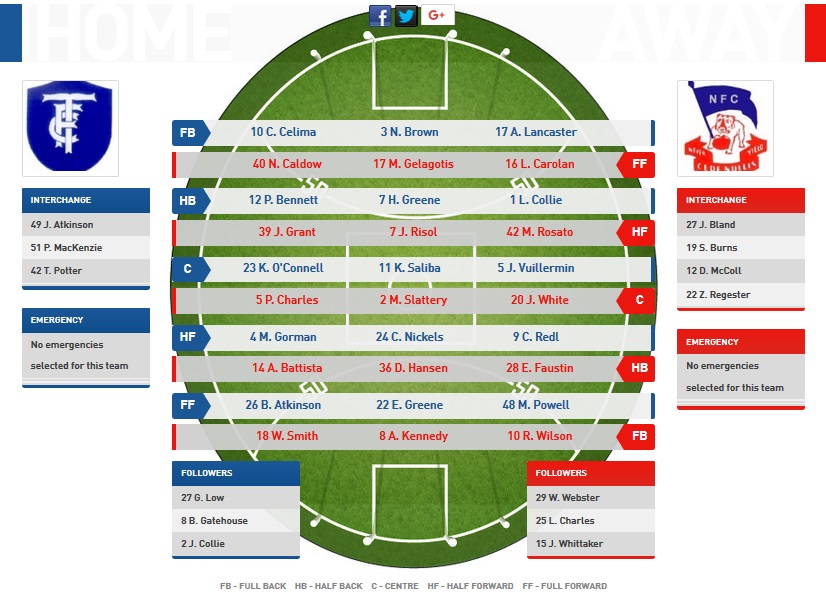 Crash, bash and smash, that’s what you can expect in this match between two of the tough teams of the MGFL.

The Blues have some big bodies that won’t mind the clashes that will inevitably happen when they welcome the fired up Bulldogs to their home ground.

It was then that coach Tom Hallinan decided it was time for every one of his team to be absolutely responsible for their performance, and to match up one on one across the ground.

The game wasn’t pretty, not many silky smooth patches of play, but there was nowhere to hide, for anyone, Tigers or Bulldogs.

Don’t be surprised if the wily coach pulls the same tactic this week, the Blues have been in great form and have every chance to turn at the half way mark at seven wins and just the two losses, but you can bet that whatever happens, they will be nursing some sore bodies on Sunday morning. 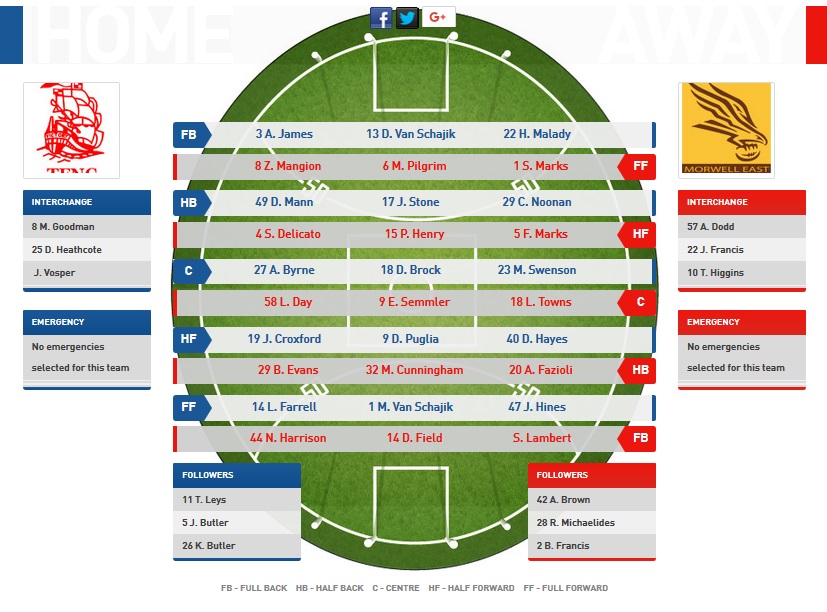 On Saturday June 2nd 2018 Trafalgar and Morwell East will play their 100th match against each other, they have been playing against each other for 45 years with their first match on 26th June 1973 which Trafalgar won 20-22 to 10-7. One of the players in that match was Trafalgar’s Ray Burgess who said, “The game was played at Crinigan Road in Morwell and the ground was very hard and lumpy. Morwell East had a lot of youngsters then and as it was the club’s first official MGFL match it wasn’t a bad effort against Trafalgar.” Trafalgar won both matches that year winning the reverse match on August 4, 19-17 to Morwell East 9-13. That year Trafalgar finished fifth while Morwell East in their debut season finished 10th.

They have played in three grand Finals with Trafalgar winning all three. Their first meeting in a Grand Final was in 1984 when Trafalgar led by “outsider” Bruce Chalmers romped home in a record Grand Final score. Trafalgar posted 32-13 with Gary McAlpine scoring nine goals and plenty of assists to Morwell East’s 11-8. The score was the highest aggregate between these two of 279 points and still remains so today.  Latrobe Valley Express’s Ruckman headlined his article with “MGFL Massacre, Traf the Tremendous” he described the match as a triumph for Trafalgar’s coach Bruce Chalmers who took the team through undefeated.  Trafalgar’s next victory over the Hawks in a Grand Final was in 2009 winning 16-8 to 7-5, following up the next year when Trafalgar won again with 13-19 to 6-10. 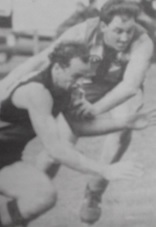 Not many players have crossed over to each team but there were three notables Alan Blaser went from Morwell East changing from the brown and gold stripes for red and white stripes in 1996 and played 235 senior, 60 reserve games and three senior premierships with Trafalgar he also coached the reserves to a flag in 2003.  Another player who went west to Trafalgar was Graham Jarvie who played many games with the East and then went on to play with Trafalgar for the 1976 season taking the reserves to a premiership. Not many players have crossed from Trafalgar to play with Morwell East but the famous Trafalgar coach, Clarrie Swenson who coached the Bloods in three different leagues (Central Gippsland, Latrobe and Mid Gippsland) crossed to Morwell East where he became the Chairman of Selectors. 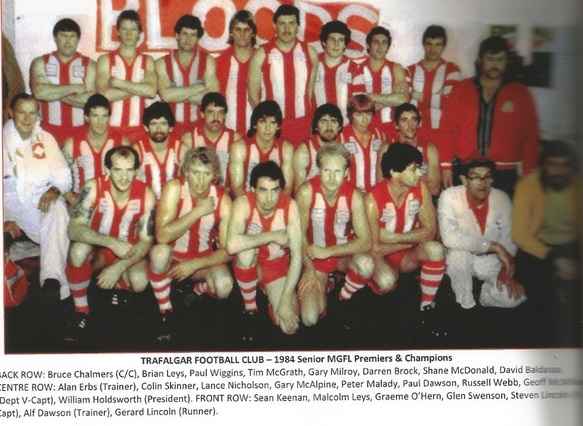 Morwell East failed to goal against Trafalgar (0-4) in 1994 for their lowest while Trafalgar’s 3-2 in 2005 is their record low against the East.

Shane McGrath (1993) and Matt Hoiles (2001) hold the record number of goals with 13 for Trafalgar while Morwell East pair of Jim Rasmussen (1979) and Nick Lecchino (1998) both have kicked 10 goals against Trafalgar. 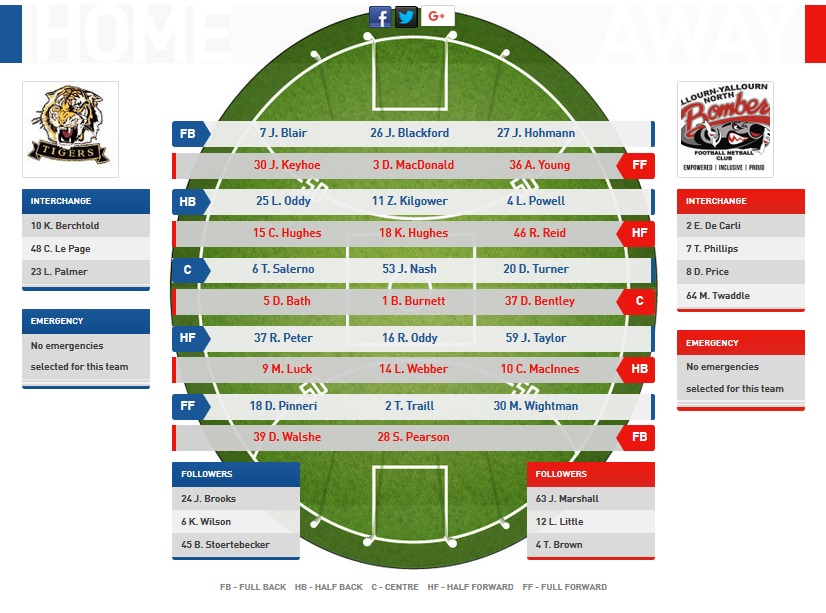 It’s the half way mark of the MGFL season and its also D-Day for several of the clubs who have their hearts set on being part of the action come finals time.

Mirboo North followed their early season slump of four losses in a row with a month of wins to have them sitting in fifth position.

Yallourn Yallourn North, have done little wrong since round one, their seven wins in succession having them sitting quite nicely on top of the table.

The Bombers pace coupled with a nice balance of experience and youthful enthusiasm appears to be a perfect blend, especially when you sprinkle in a couple of in form key forwards like Dean McDonald and Keenan Hughes.

That duo alone had twenty two goals between them last week against Boolarra.

The Tigers have been quietly going about their business, improving each week and relying on a good spread of contributors across the ground.

Don’t be mistaken, they too have a healthy amount of talent, but its been the efforts of many that has pleased coach Josh Taylor.

They might not have a McDonald and a Hughes, but they do have half a dozen go to forwards that make marking space and players difficult for opposition.

The Tigers at home in from of a strong home crowd will be tough to beat, but if anyone can the bombers can.