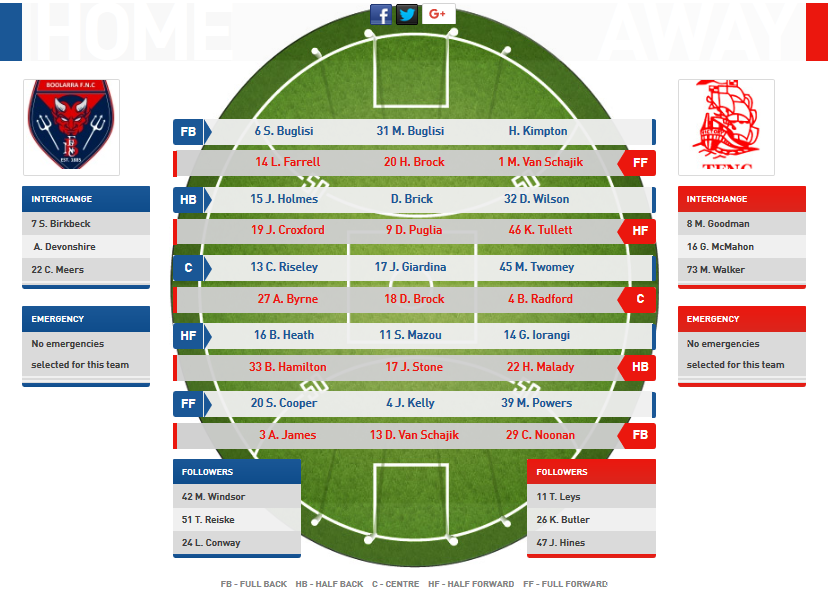 Trafalgar will only need to go through the motions to be winning this game.

The Bloods with just the one loss next to their name for season 2018, have been impressive in most of the matches this year, and even when the’re not, they seem to be winning anyway.

For now, he may even choose to rest some players this week, or try some new faces, even trial some new plays against an unsuspecting opposition side that wont be a part of the finals action later in the year.

Boolarra will welcome the league leaders with the best they have, and the local community would do well to witness the difference between top and bottom.

It is the sort of clash that coach Tony Giardina will walk away from, learning lots about the personnel he has, the personnel he needs and the work needs to be done to reach the same level, in fact hes probably aware of that anyway. 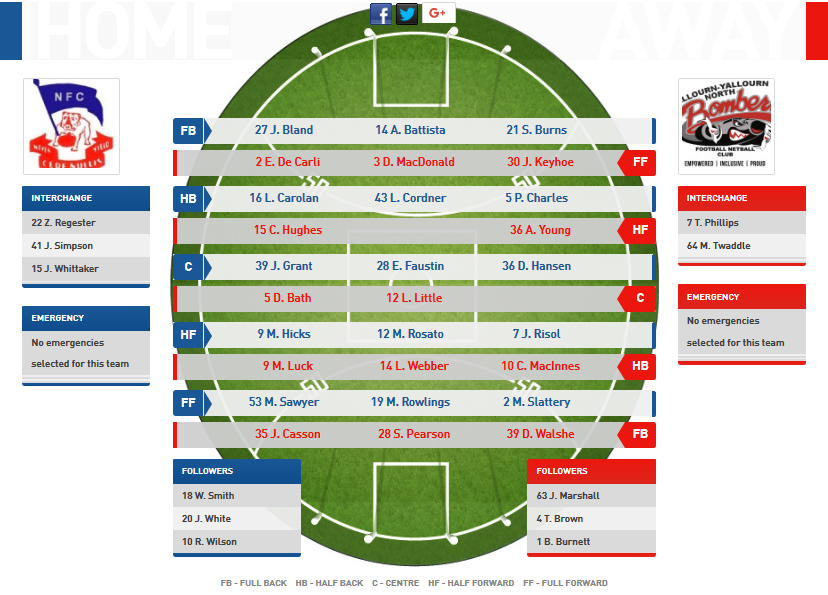 This is the one that Newborough would really want, a win against the odds and against rivals, the Bombers.

The Bulldogs turned at the half way mark of the season with just two wins to their name, but since that time have been undefeated, a draw against Yarragon, followed by wins against Hill End, Yinnar and last week Morwell East.

The chance of clawing into the top five is still alive, even if slim, and with that in mind expect the home side to throw absolutely everything at Yallourn-Yallourn North.

The Bombers themselves have something to prove, last weeks loss at the hands of Yinnar, would worry coach Barrie Burnett, given the Magpies were still short of their best and the bigger bodies of Yinnar were hitting the contest hard.

New borough will bring the same strategy to this clash, so plenty of hard hits and fierce bodywork can be expected.

If the Bulldogs can continue their winning streak, finals beckon, and the Bombers hold on second spot will also be threatened. 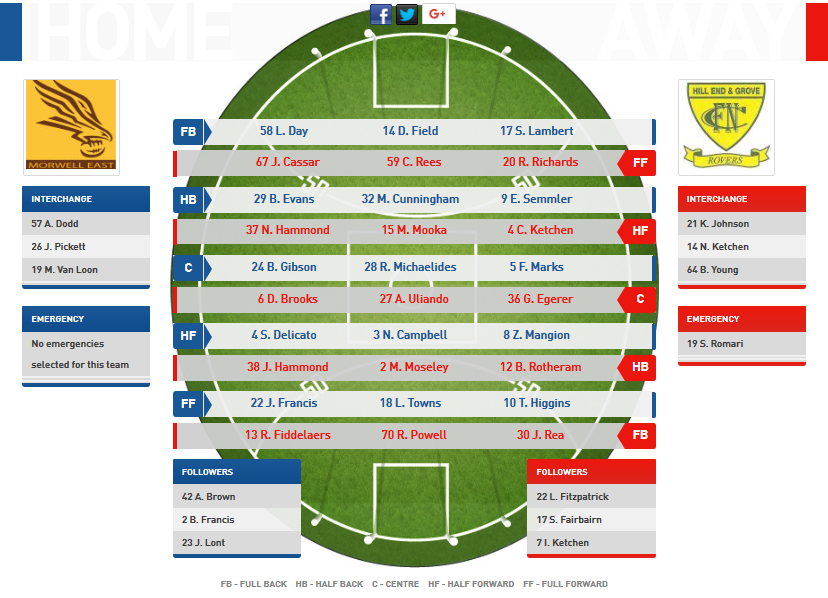 A fortnight ago, you could be forgiven for pencilling in a win for Morwell East in this home ground clash against Hill End.

However with a week being a long time in football, the last fortnight has been an eternity, and a horror story for the Hawks.

Once seen as finals aspirants Morwell East have stopped to a walk, suffering losses to Yinnar, Mirboo North and Newborough in recent times.

The only factor in their favour is a home ground advantage as they welcome the Rovers to their round 14 clash, but even that was half under water last week.

Hill End did the job comfortably last week against Boolarra and have previously performed well in the trying conditions of winter, their round two win against Newborough away from home, one that springs to mind. 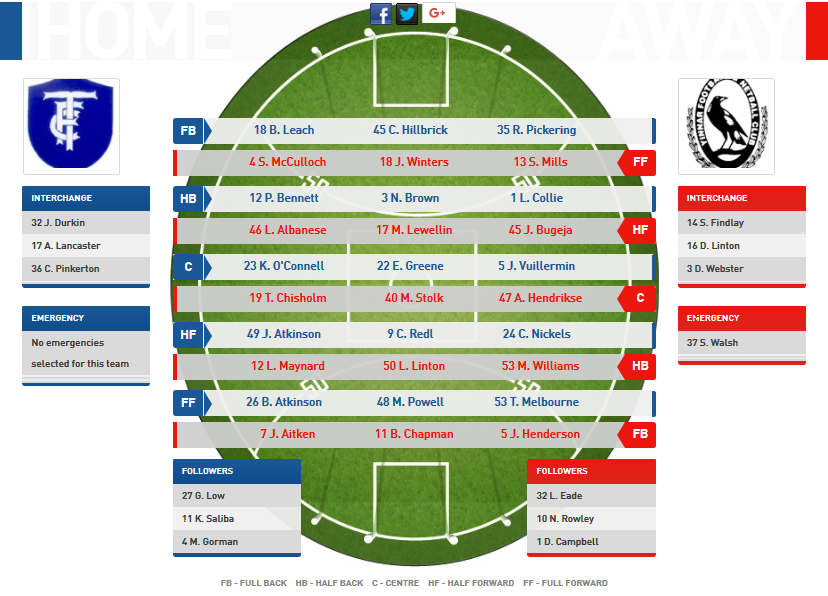 Its one thing to be hitting the packs hard when they are full of lighter framed bodies as they were last week when the Magpies clashed with the Bombers, but this week expect the Blues outfit to fight fire with fire.

Thorpdale are a much stronger outfit in these wintery conditions and wont be knocked off the ball easily.

As much as the top five sides are feeling reasonably confident about holding a spot for finals time, its what spot they will hold that may be crucial.

A top three side guarantees a double chance and only Trafalgar are guaranteed that.

This fact will not be lost on coaches Jaimie Aitken and Josh Collie, both fully aware, that the result of this clash is worth more that the four premiership points, its about getting a firmer grip on being a part of the top three. 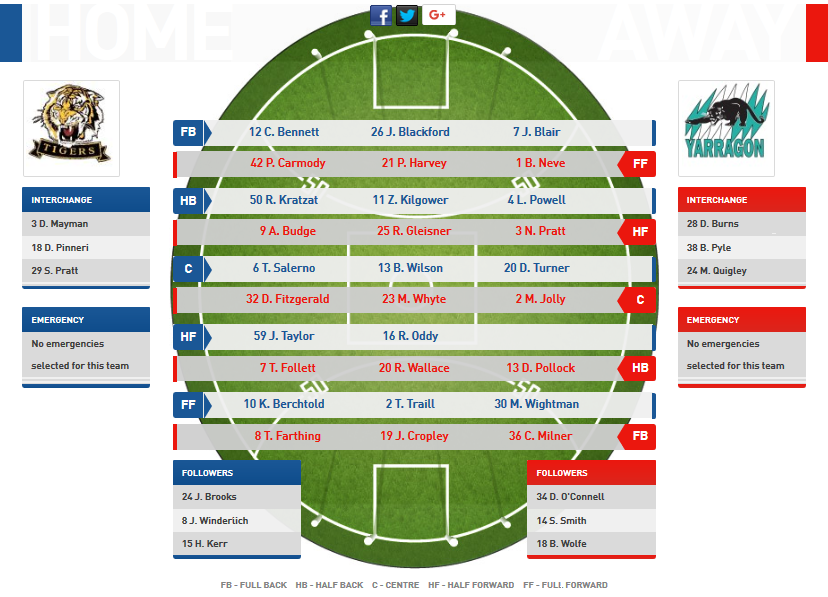 The Tigers are on the prowl and months ahead of their infamous surge into the finals of 2017., the reigning premiers playing with a renewed confidence in recent weeks, their loss to Trafalgar seemingly the wake up call they needed.

This weekend they are planning to send a message to the rest of the league by naming two new boom recruits in Jason Winderlicke and Joel Reynolds.

The two former AFL players are sure to add some much needed experience and also provide further versatility to an already solid outfit.

Yarragon, could well do with two more key players themselves, as that’s about how close they are to being the side that plays finals rather than the one that continually falls agonisingly close.

The Panthers have been good this year, but not great, they have been honest, but not brilliant, but yet they continually push the best sides in the competition to within a goal or three.

Match reviews taken from MGFL website, which can currently be viewed on their homepage here http://websites.sportstg.com/assoc_page.cgi?assoc=6177 Mid Gippsland FL ladder and leading goal kickers after Round 10