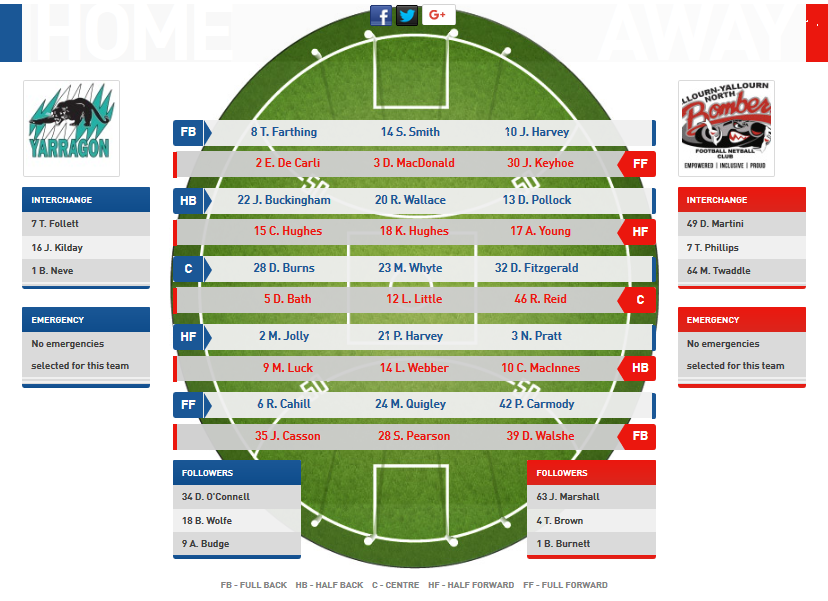 Yallourn-Yallourn North were ruthless in the dismantling of the fourth placed Blues last week.

The game in the balance at half time, the Bombers’ relentless run and attack on the ball proved all too much for Thorpdale as the home side ran away comfortable winners.

Yarragon, did has they have done in so many matches this year, giving their opposition a start and then desperately trying to reel them in late in games, sometimes getting there, most times falling short.

Coach Rob Cahill and his Panther team will be aiming to improve on each of their initial encounters with opposition teams in the first half of the season.

Their first round loss to Newborough, turned into a draw just last week, however this week, their first loss to Yallourn-Yallourn North will be matched by another the only question is whether the home side can narrow that margin, given that the Bombers too have improved sharply from the side they were just a couple of months ago.

Where is it being played?: Willow Grove Rec Reserve What time is the seniors game scheduled to start?: 2:35pm Selected sides: 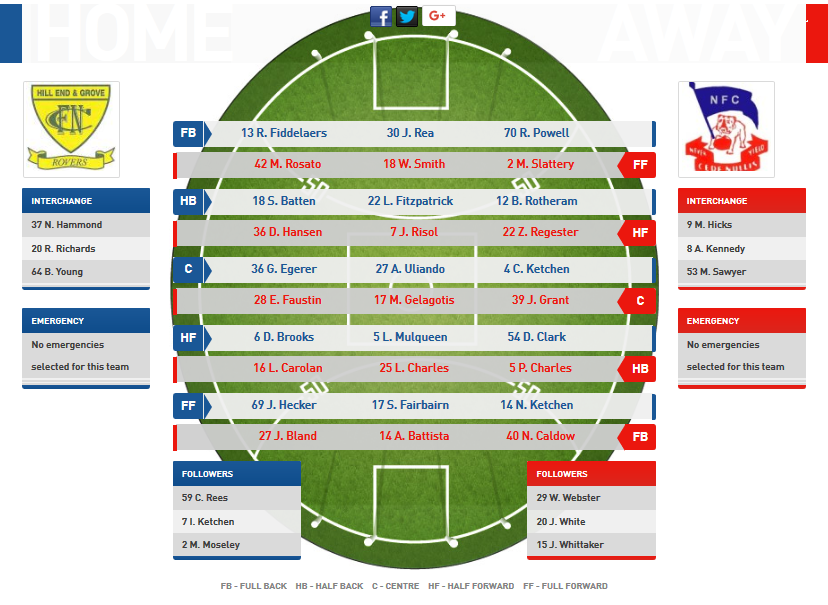 Just as we were about to write off Hill End, last week the Rovers, although falling short, produced a courageous effort against the league leaders and tried to steal a game in which they were given absolutely no chance.

Newborough on the other hand did everything they could to lose a game, after a seemingly match winning lead that they held for 75% of the game, stopping to a walk against Yarragon and falling in for a draw.

This match, will make it quite clear for Bulldog’s coach Tom Hallinan exactly what sort of men he has in his team, after he let each and every player know that last weeks second half effort, that produced only a solitary point, was not in anyway acceptable.

In their first encounter of season 2018, Hill End proved too strong for Newborough, in what were wet and windy conditions.

Given that those same conditions could be expected again, this match is destined to be a nail biter, the Rovers playing for pride, the Bulldogs to keep alive a very slim hope of finals contention. 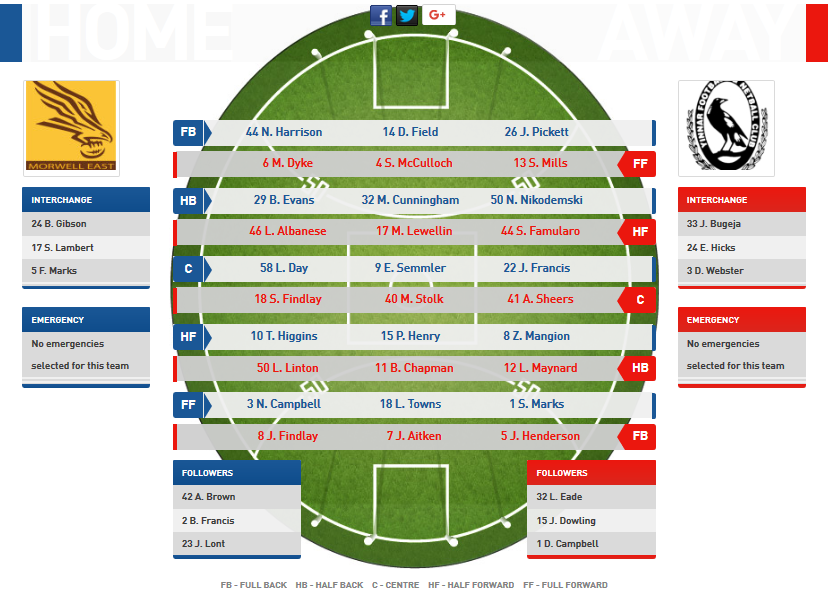 This match is actually quite an intriguing encounter, the Magpies coming off a rare draw last week against the reigning premiers, and meeting the most inconsistent side in the MGFL competition, Morwell East.

What makes it so interesting is the undisputable fact that wherever these two sides might be placed on the ladder, the final result is almost always close.

On the surface, it would seem inconceivable that the Hawks who just seven days ago were trailing cellar dwellers Boolarra at half time, could some how turn that sort of form around to match it with one of the premiership favourites,

Certainly Morwell East will welcome some star power to their line up, none more impressive than Rob Micheledis, the question is what will be dished up by the home side as a whole.

It’s a big day for the Hawks who have invited their valued sponsors, to be witnessing where their financial support goes each and every week,, what is dished up could help their cause, lets not think of the alternative.

Where is it being played?: Thoprdale Rec Reserve Thorpdale, already running thin in talent due to injuries for their senior side were dealt yet another blow last week when playing coach Josh Collie also joined that list.

The Blues top end talent is as good as any in the league, but as is the case with every team, luck with injuries can play a major part in a sides success or failure in any given season.

In short Thorpdale have had very little luck and although they should get a win and another week to rehabilitate those on the sidelines, their seemingly firm grip on a finals spot is sure to be tested later in the year.

Boolarra still searching for a win, found themselves in the unusual position of leading at half time last week, and that’s a step or two closer than they’ve been for quite a long time. This is probably the sort of match that Trafalgar are screaming out for, after their lacklustre showing against Hill End just a week ago.

The Bloods as league leaders may have felt just turning up last week, would be enough to secure them a comfortable four premiership points.

At half time the game was in the balance and reality had set in that there was still a lot of work to do before a win was guaranteed.

Mirboo North will command much more respect than was given to the Rovers last week, and will also be looking to extend their unbeaten run of six matches in a row.

The Tigers had the chance to claim all four points against Yinnar last round, but the draw left them with just the two and also has Morwell East breathing down their back, less than a win behind them.

Possibly the closest match of the round, you might usually go with the home side when in doubt, but you get the feeling that the Bloods are wanting to kill off the reigning premiers finals chances as soon as possible. 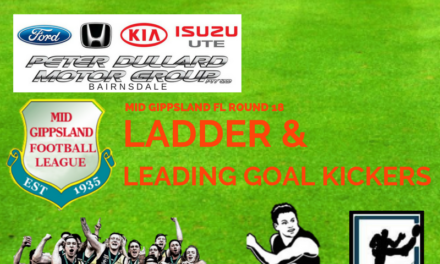 Mid Gippsland ladder and leading goal kickers after Round 18 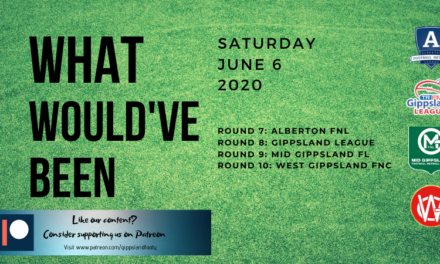