The Bloods have enjoyed a magnificent start to the season and sit atop the Mid Gippsland league ladder after setting their season up prior to round one.

A carefully planned pre-season with an extra practice match had Trafalgar red-hot and ready to go from the opening match.

An Anzac Day win over Thorpdale is one of many highlights of their eight wins to date.

Yallourn/Yallourn North opened the season with a loss before stringing together seven successive wins.

The Bombers have two of the best forwards in the business with both Dean Macdonald, the league’s leading goal kicker, and Keenan Hughes in great form.

They are fast and talented and it would be no surprise to see them improve further in the second half of the season.

Yinnar are yet to hit the heights of form we have come to expect from them in recent seasons.

Injuries and unavailability of players have made the Magpies job of winning games of football tougher than it might have otherwise been.

The depth of club talent has carried them a long way to the half-way mark and there is no doubt with more than a handful of first choice players set to return that Yinnar’s best football will come in the run towards the finals.

One of two only sides to have beaten Yallourn Yallourn North, Thorpdale are extraordinarily hard to defeat at home.

The Blues have a really good spread of contributors with some solid avenues to goal but have had to contend with injuries from early in the year which has started to test their depth. At this stage they have stood up well but any further injuries are likely to cause some concern.

The reigning premiers got off to their traditional slow start and lost their first four matches before turning it around.

At the half-way mark of the season things could have been different if not for their one-point loss to Thorpdale and three-point loss to Morwell East.

Make no mistake, the Tigers are likely to cause a few headaches for teams above them in the second half of the home and away season.

The Hawks spent time during their pre-season working with and against respected Gippsland League team Traralgon.

Early signs were that the Hawks might well be one of the big improvers during 2018 but mid-way through the year it appears there might be more work to do before they are considered a genuine top-five threat.

The Panthers recruited well in the off-season with hope the start of a club rebuild would begin to show its head towards the end of this season before a more genuine push in 2019.

A bit slow to find their feet, the Panthers hit the half-way mark with three wins to their name and two of those have come in the last fortnight.

A finals position might be a stretch but it wouldn’t be impossible.

Even with the loss of some quality players in the off-season the Bulldogs were regarded as a chance to play a part at the business end of the season.

Lack of depth, especially in key positions, has proven to be a major contributor to their position at the lower end of the ladder at the half-way mark.

Hill End have had very little luck for most of this season.

Injuries to key players will hurt every side but more so any team that struggles with depth on a week to week basis. The Rovers have showed patches of what they are capable of but its unlikely we will see them jump from their current position in 2018.

The Demons made some decisions in the off-season with a view to improvement several years down the track.

At the moment it might be hard to see the light at the end of the tunnel but coach and administrators alike believe in the process. 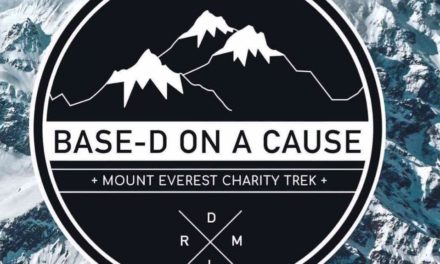