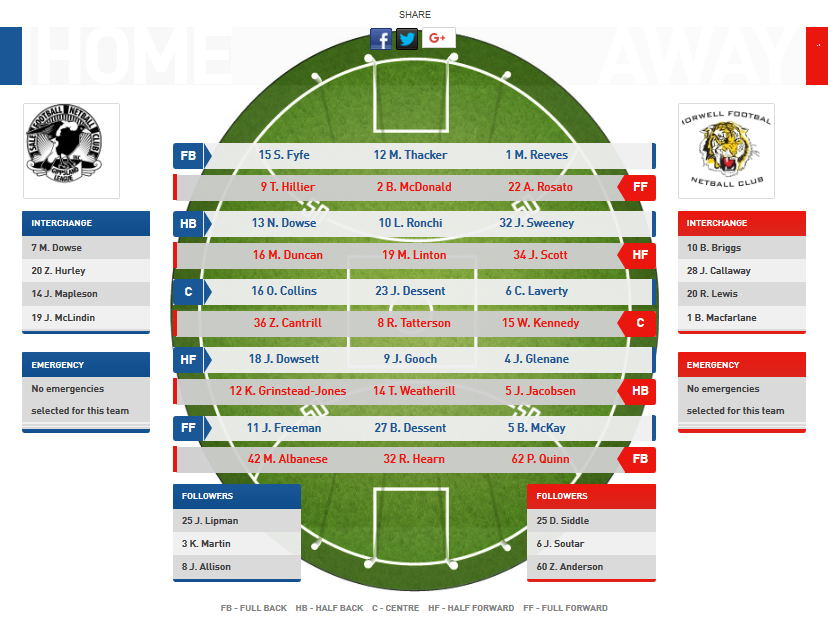 Sale can move two games clear in third spot on the Gippsland league senior ladder this weekend with a win over Morwell but coach Shane Fyfe wasn’t taking the Tigers lightly.

“Morwell are quite a young and up-and-coming side and those sides on their day, if you let them have good days, they can play really well so we’re wary of them,” Fyfe said.

The Magpies became the first side to beat league giants Maffra in round 10 this season and are well and truly in contention for this year’s flag.

They made light work of Traralgon before the first week of the split round and Fyfe relished the week’s respite and said it came “at a pretty good time” for the side.

“We [had] played six games straight and as with a lot of teams I think there’s a couple of sore bodies so we [were] looking forward to it.”

“We just freshened up and are ready to get into the finals six games of the season. We gave the boys a bit of time off to refresh with a few of us slugging it out since late November, so it was good to have a mental break.”

Morwell’s last run out before the break was one to forget as they were demoralised by defending premiers Leongatha by 123 points in a game where they managed just a single goal.

Finals are well out of reach for the Tigers but that hasn’t stopped them fighting as if their season depends on it.

They hosted Bairnsdale in round 11 and made off with an impressive 74-point win, so they are capable of pushing sides and even burying them, but Fyfe said his focus was on his own playing group.

“We’ll do what we do each week and improve on our game and hopefully that stands up,” he said. 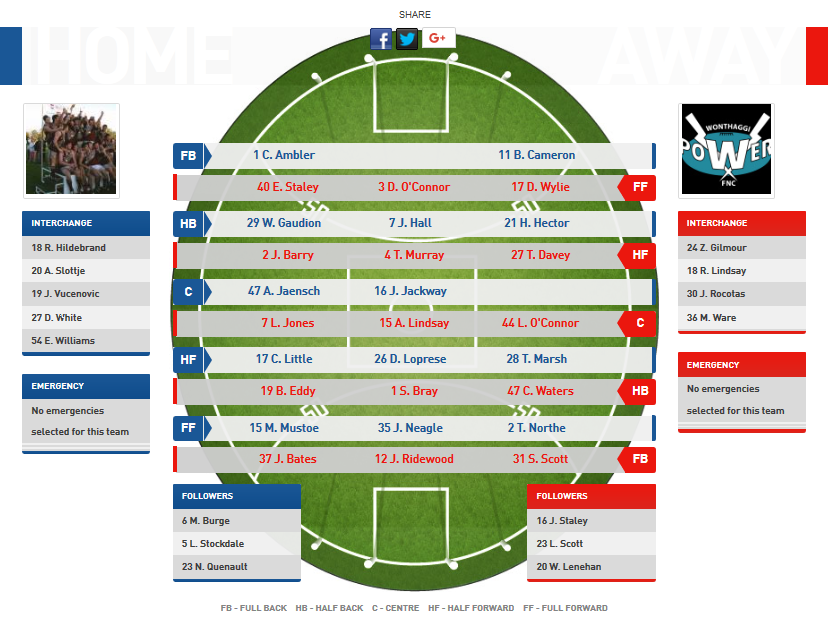 Traralgon coach Mark Collison is happy with where his side is at with five rounds to go in the home and away season but said they were not in a position to look any further ahead than this weekend’s meeting with Wonthaggi.

The Maroons sit in fifth on the Gippsland league senior ladder, two games off the pace of Moe, and need to secure a win this weekend to remain on the scent of finals.

They endured two weeks of “pretty disappointing” play in the lead-up to the split round with losses to in-form sides Sale and Leongatha and have earmarked round 14 as an opportunity to hit form for the run home.

“We’re eager to bounce back and get back to good footy, which we know is more than capable, so the boys are excited to get back into it,” Collison said.

The Maroons took a well-earned break last weekend which Collison said was “beneficial for any side”.

“We’ve still got our challenges but we’ve got a lot of depth in our reserves, so plenty of boys from there can come up to play some good footy,” he said.

“We’ll be focussing on Wonthaggi and getting back to playing good footy which we haven’t done for a while.

“We’re always confident our best footy is good enough so we’ve got to do it consistently and we can’t do much more than that.”

What time is the seniors game scheduled to start?: 2:20pm, Sunday July 15th Warragul and Drouin feature in the final game of the split round 13 when they face off at Western Park.

For Warragul, a win could set them apart from Traralgon, who sit alongside them with six wins for the season.

The Gulls trail by 17 percentage points but a healthy win over the Hawks this weekend could see them close that deficit.

They come into round 13 with form on their side after stringing together three straight wins before the split round over Moe, Wonthaggi and Morwell.

A win this weekend is crucial for Warragul in terms of their finals calculations with heavyweights Leongatha, Maffra and Sale to come in the run home.