Wonthaggi will carry form with them when they travel to take on Bairnsdale on Saturday from 2.20pm.

The Power are up and about after securing one of the scalps of the round at the weekend with their maiden win for season 2018 coming at the expense of Traralgon.

Bairnsdale are two and two after four rounds and were outrun by Moe in their round four fixture but weren’t without opportunities on goal.

They had just three fewer forward 50 entries in the first half but trailed by 33 points at the main break – a lead that ballooned to 37 at the final siren.

Bairnsdale, however, have been well served by forwards Brayden McCarrey and Russell Cowan, who have amassed 10 and nine goals respectively in the last three games and should carry favourtism into this weekend’s game. 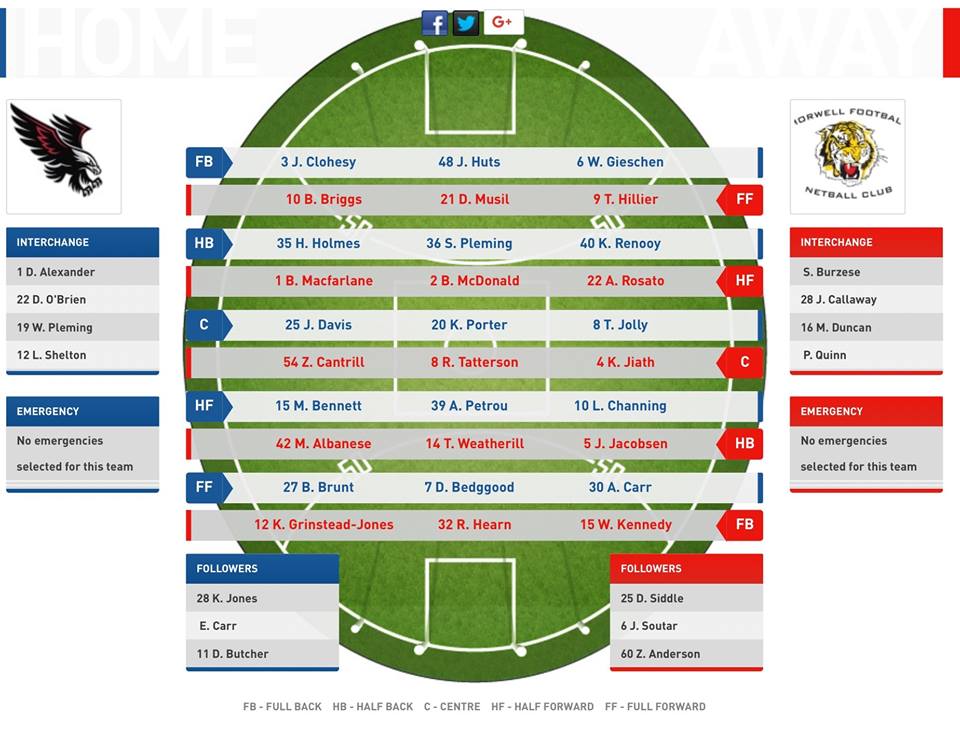 This weekend’s round five game between Maffra and Morwell is shaping as the most decided mismatch of round five.

The Eagles are poised undefeated at the top of the Gippsland League ladder while Morwell is at the other end in last spot, yet to get their season off the mark.

Maffra is setting the benchmark in 2018 and have torn all comers to shreds with their ability to score and hold their opposition to account.

They have conceded just 169 points for the season to date – 91 less than Moe in second, and have scored 466 which is 90 more than Moe.

Their most recent win over defending premiers Leongatha in the grand final rematch was a red flag for the rest of the competition.

Mitch Bennett has proven unstoppable up forward for the Eagles and has already kicked 24 goals for the season at an average of six per game.

Morwell, on the other hand, have only scored 19 goals in total for the season. 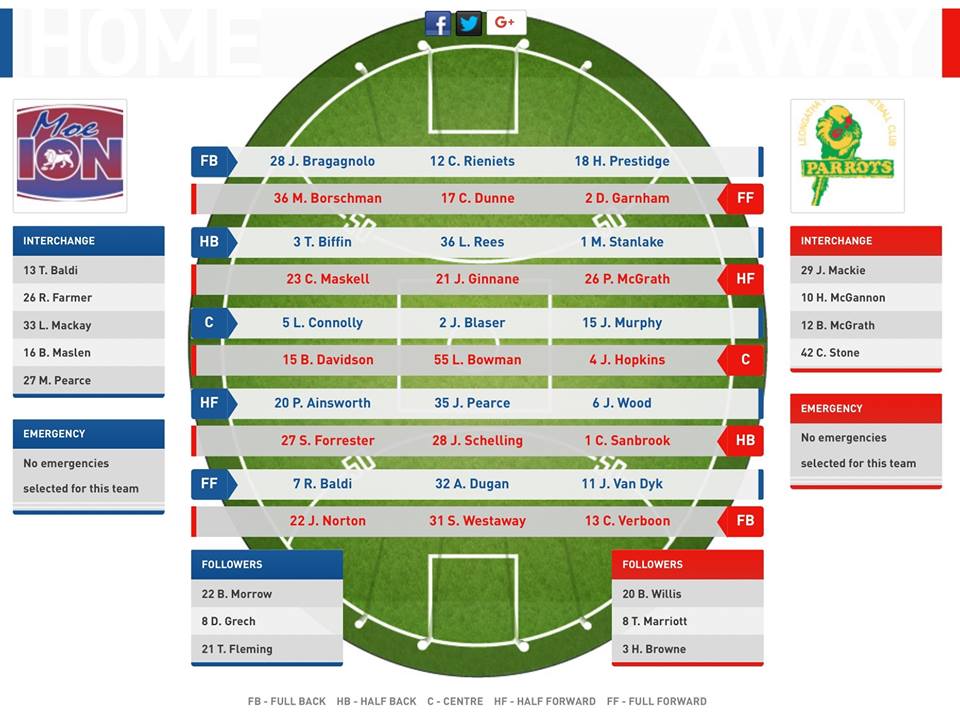 With two wins and two losses for the season to date, things don’t get any easier for defending premiers Leongatha this weekend as they travel to take on second-placed Moe on Saturday.

The Lions have dropped just the one game so far, in round two to Sale, and have enjoyed cruisy wins in the last two weeks over Warragul and Bairnsdale and are second only to Maffra on points scored for season 2018.

Leongatha haven’t been able to hit the form that led them to the 2017 flag just yet and found themselves at the full mercy of Maffra in round four and were outclassed in a 42-point defeat.

It was round 12 when the sides last met and a tight tussle went the way of Leongatha by a single point but it could well be a different story this time around. 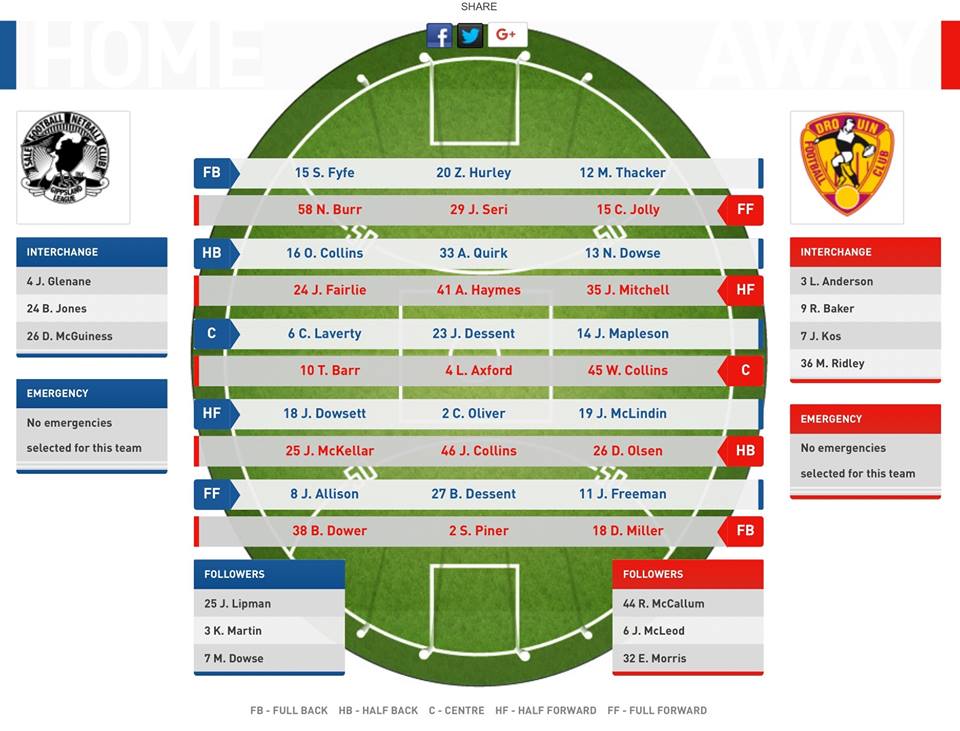 After notching their first win in the Gippsland league senior competition in more than 600 days at the weekend, Drouin will be faced with in-form side Sale in round five when the two meet at the nest on Saturday from 2.20pm.

The Magpies disposed of Morwell with relative ease in round four – the 33-point win their third on the trot with a glitch against Maffra in round one the only mark against their name to date.

Coach Shane Fyfe refused to discount Drouin ahead of the seemingly lopsided encounter and maintained his side would focus on their own game.

“I think we need to keep working on that and just go about business as usual.”

The Hawks trudged through season 2017 without a win but broke the hoodoo in round four in thrilling fashion with a one-point upset over Warragul.

“Drouin are quite a new side,” Fyfe said.

“We know Bob McCallum has been playing ruck and forward and doing a really good job and former VFL player Ed Morris is really dangerous on ball.

“They’ve recruited a few from the local league so they’re a bit of an unknown at this stage so we’ve got to be on our guard and give them the respect they deserve.”

Drouin coach Jordan Kingi said his side’s drought-breaking win over Warragul in the face of immense pressure was promising.

“I was probably most pleased with our last quarter,” Kingi said.

“Warragul came at us and got in front and we dealt with the adversity and just got through.

“Our leaders stood up big time, which was good, and that was the biggest thing I was looking for … we just had to compose ourselves when the pressure built and we did that.”

Kingi praised the efforts of Liam Anderson, Bob McCallum and David Olsen, particularly in the dying minutes of the game.

With six days break before taking on Sale, Kingi said the focus this week would be on recovery and gearing up for the next challenge.

“Anyone can beat anyone in this competition so we need to do the basics and play our game and trust that the rest will take care of itself.” 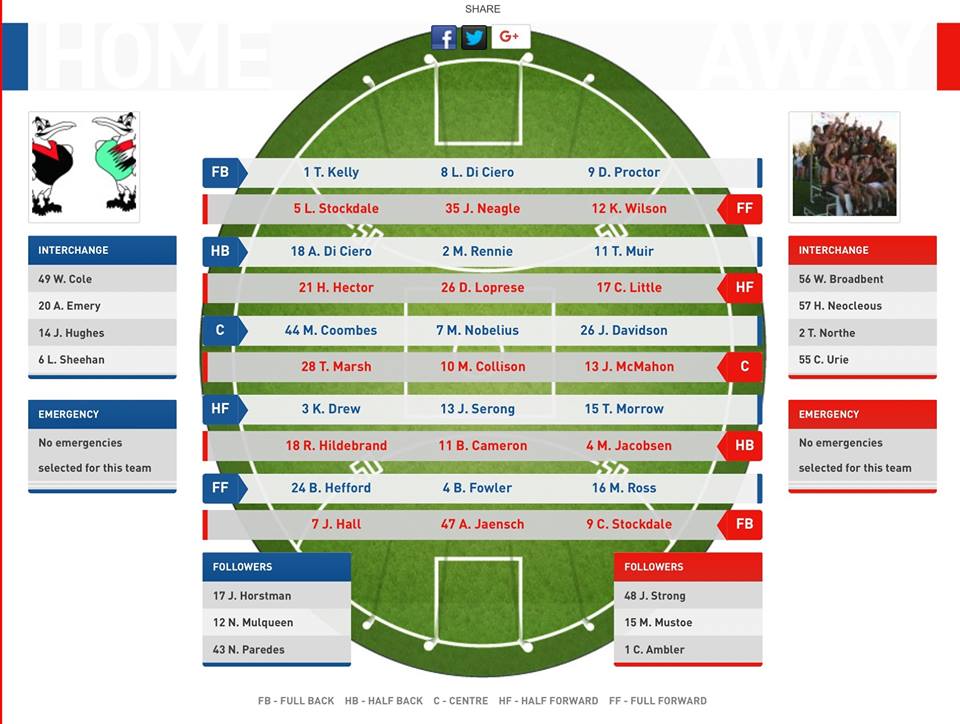 Warragul and Traralgon were both on the receiving ends of losses in round four and will look to return to the winner’s list this weekend when they face off on Saturday from 2.20pm.

Warragul will be licking their wounds after an agonising one-point loss to Drouin while Traralgon went down to Wonthaggi by 10 points.

The Maroons have had a young, inexperienced side for much of season 2018 so far and some unrest with key players unavailable for selection has hurt them.