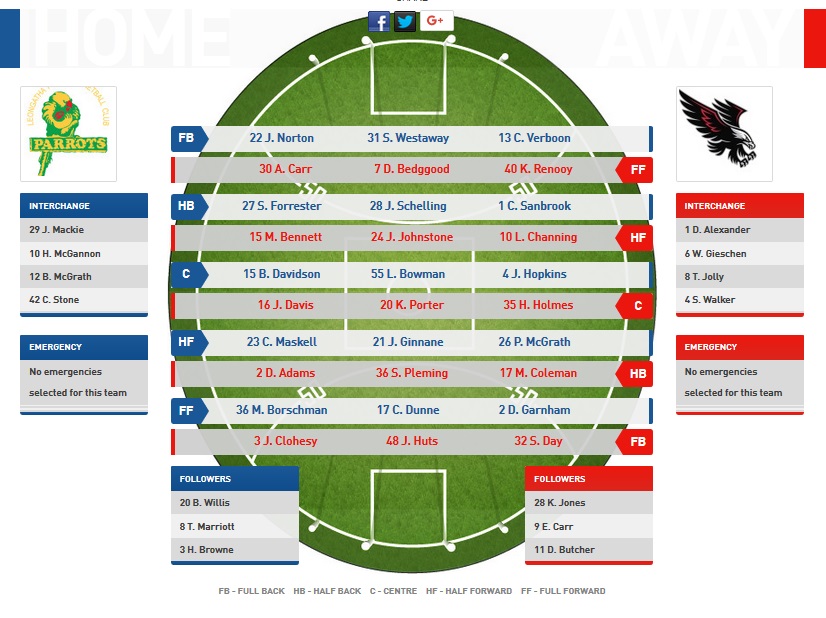 This weekend’s grand final rematch between Leongatha and Maffra is shaping as a tantalising top-of-the-table clash and could well be a preview of the 2018 decider.

The Eagles have reared as the benchmark of the competition in the early stages of the season and come into the round four headliner in ominous form after thumping Wonthaggi by a mammoth 136 points in round two.

The win made it three from three for Maffra and put them atop the Gippsland League ladder as the only team to make it through three rounds undefeated.

Leongatha is in second spot on the ladder and also enjoyed a resounding win in round two.

Chris Dunne again led the charge for the defending premiers and bagged six goals to take his season tally to 13 and should attract plenty of attention from the Maffra backs.

It was Dunne who did the most damage during last year’s grand final and his goal-haul will surely be ringing in the ears of the Eagles this weekend.

With no shortage of their own fire power, the Eagles’ had 11 individual goal kickers in round two and Mitch Bennett’s five majors made it 18 for the season and places him at the top of the league table after three rounds.

Andrew Petrou scored four, Daniel Bedggood three and a quartet of others scored two each.

If any side can contain the Eagles forward line, it’s Leongatha.

The back six, commanded by Josh Schelling, Colin Sanbrook and Cade Maskell, have been relentless in their shutdown efforts so far in season 2018. 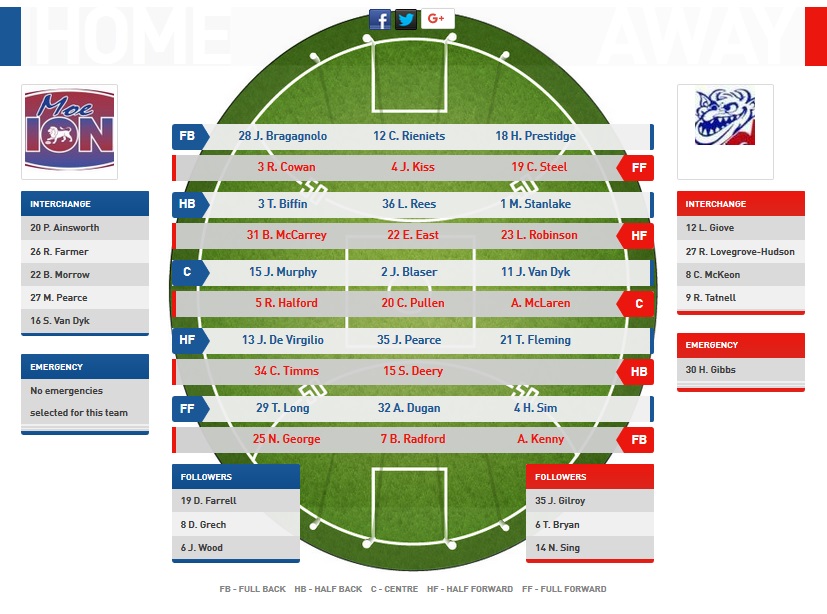 Moe and Bairnsdale both enjoyed landslide victories at the weekend but the two will be split this weekend when they face off on Saturday at Moe Recreation Reserve.

The Lions’ 58-point win over Warragul on the road in the sides’ 200th meeting in organised competition was enough to help them secure third spot on the Gippsland League ladder after three rounds.

Bairnsdale are in a somewhat unfamiliar position just behind Moe in fourth spot and will be relishing their stay at the top end of the ladder after a turbulent 2017.

The Redlegs stacked on 23 goals to record an 87-point win, albeit over Drouin, but will have the opportunity to gauge their standing in the competition this weekend against a decidedly more polished Moe side. 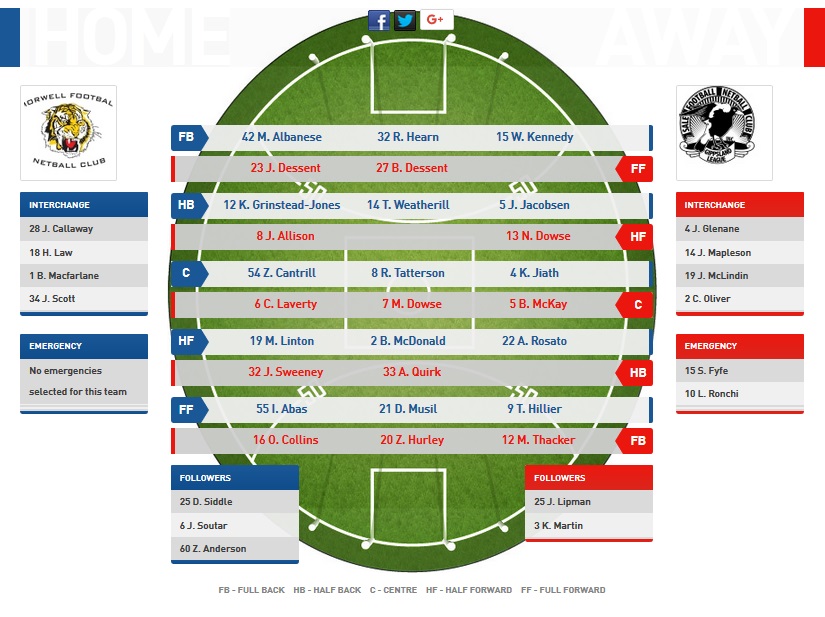 Sale have surfaced as a force to be reckoned with in season 2018 and will provide quite the challenge for Morwell this weekend when the sides meet at Morwell Recreation Reserve on Saturday.

On the rebound after a 95-point drubbing at the hands of Leongatha in round two, the Tigers are one of three sides yet to record a win and are licking their wounds at the bottom of the ladder.

Sale, on the other hand, have dropped just one game.

From all accounts, the Magpies have signalled their intent to play finals this season and proved they can do just that after disposing of Traralgon on the road in round two.

Sale will draw some confidence from their last meeting with Morwell in round 13 of 2017 when they took the points with a 33-point win.

They will have to travel this time around but are an improved side and should carry favouritism into the round three encounter. With both sides on the rebound after suffering losses in round two, Wonthaggi and Traralgon will be looking to return to the winner’s list this weekend when they meet at Wonthaggi Recreation Reserve on Saturday from 2.20pm.

Wonthaggi will be looking to put the agony of round two in the back of their minds after being thrown around like a play thing by Maffra in round three and enduring a 136-point thumping.

After the ecstasy of winning their first home game under new lights at home in round two, Traralgon were bought back to earth at the weekend by an impressive Sale side and fell by 22 points.

Traralgon held the Gulls to three goals in a low-scoring match in round 10 last season and have a relatively young and inexperienced list this time around but have proven they have the legs to outrun any side on their day.

What time is the seniors game scheduled to start?: 2:20pm, Sunday April 29th 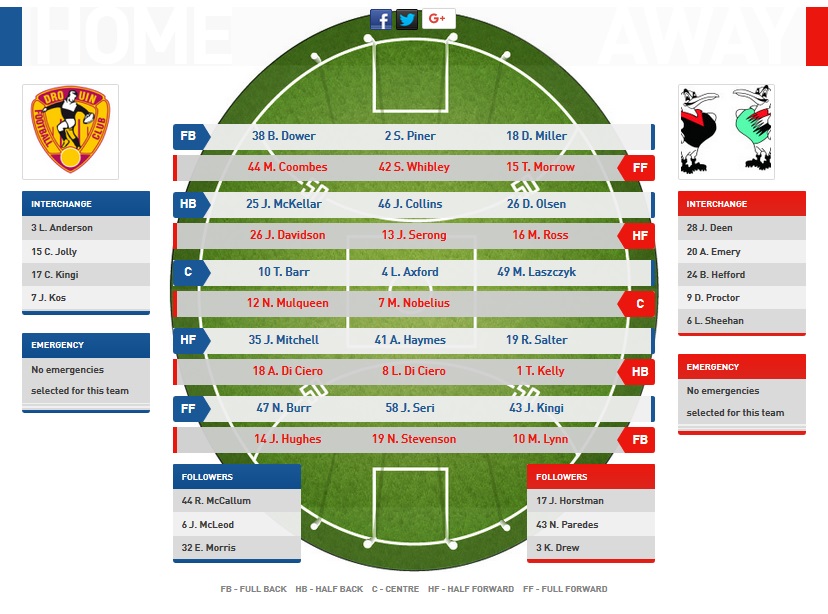 After a glitch against Moe at the weekend, Warragul will travel to take on Drouin this weekend on Saturday from 2.20pm.

The Gulls came up short in their 200th meeting in organised competition with the Lions and fell by 58 points.

Drouin continued their luckless ways and lost their third on the trot for season 2018 to languish in ninth spot on the ladder, with Morwell propping them up in 10th spot.

When the sides last met in round 18 in 2017, Warragul ran home in a trot and held Drouin to just five goals on their way to 71-point win. Gippsland League ladder and leading goal kickers after Round 5